Titan Fighting Championship officials have announced the lineup for Titan FC 69 which takes place at the Centro Olimpico Pabellon de Esgrima in Santo Domingo, and will be broadcast live on UFC Fight Pass on Friday, May 14.  Titan FC will host the fight card in association with their strategic partners in Fighting Force, a Dominican Republic based mixed martial arts organization.

“We are excited to continue our strategic partnership and talent sharing arrangement with Fighting Force RD to showcase the up and coming talent in the Dominican Republic, Caribbean, and the greater Latin America markets,” said Titan FC COO Lex McMahon.

Headlining the fight card in the Dominican Republic, will be a fight between top 170-pounders in Dilano Taylor (5-1) and undefeated Carlos Matos (8-0).

Taylor and Matos will each look to capture the promotion’s vacant welterweight title in the Titan FC 69 main event.  Previous champion Michael Graves was stripped of the championship after failing to make weight for his title defense against Oton Jasse in November 2020.

“Michael Graves is a very talented fighter and was an excellent champion who we look forward to having fight for us again in the near future,” McMahon said.

Titan FC 69 will kick off with preliminary bouts on the promotion’s Facebook page beginning at 6 p.m. ET, followed by the main card on UFC Fight Pass beginning at 8 p.m. ET. 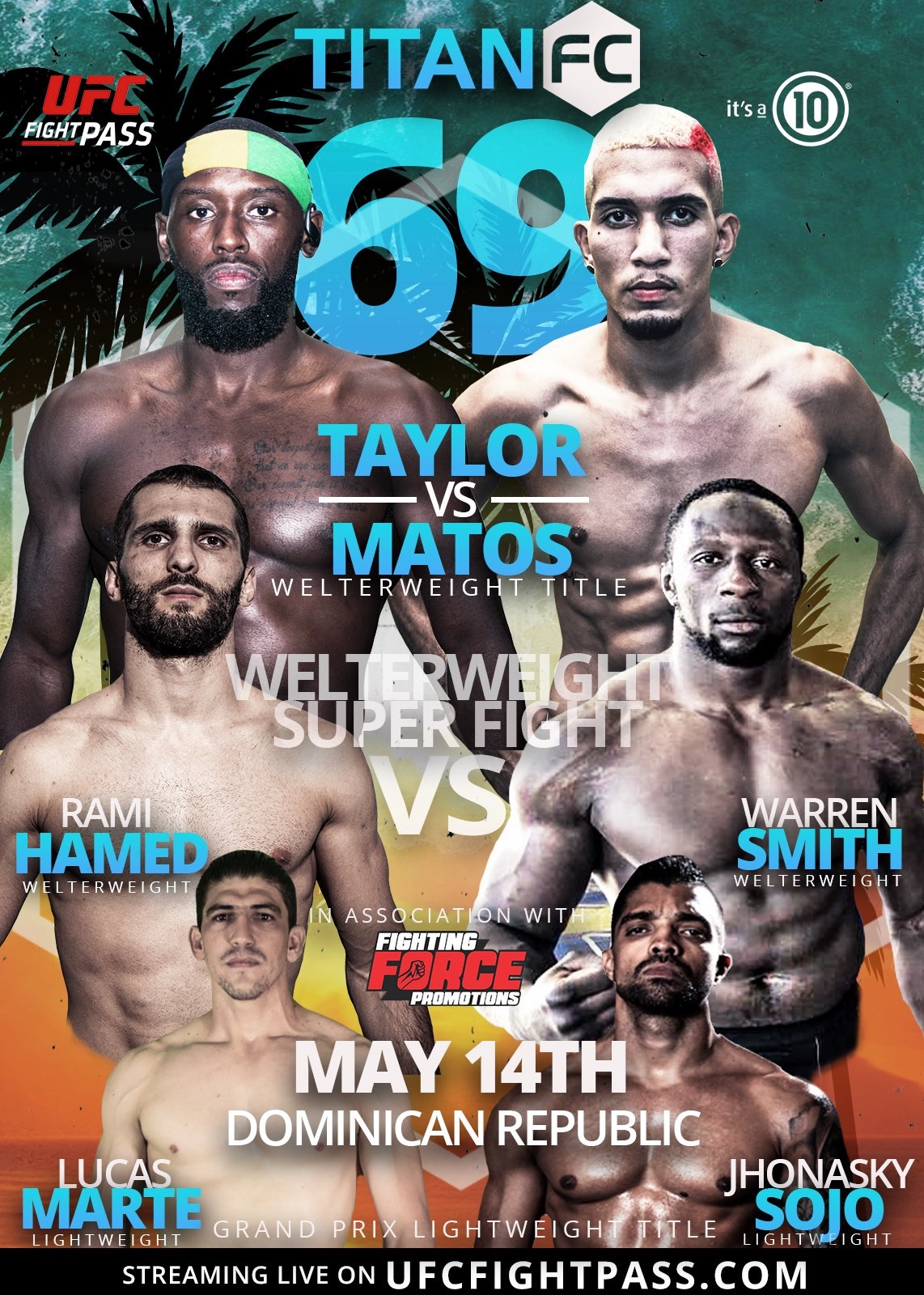