Combate Global is silently taking over.

The American mixed martial arts organization built to appeal to a Latino fan base is outperforming the competition.

Last week’s MMA TV rankings. Do the math. Combate had more viewers than PFL and One combined!
Shove that up your #MMATwitter pic.twitter.com/HtX7UssGqW 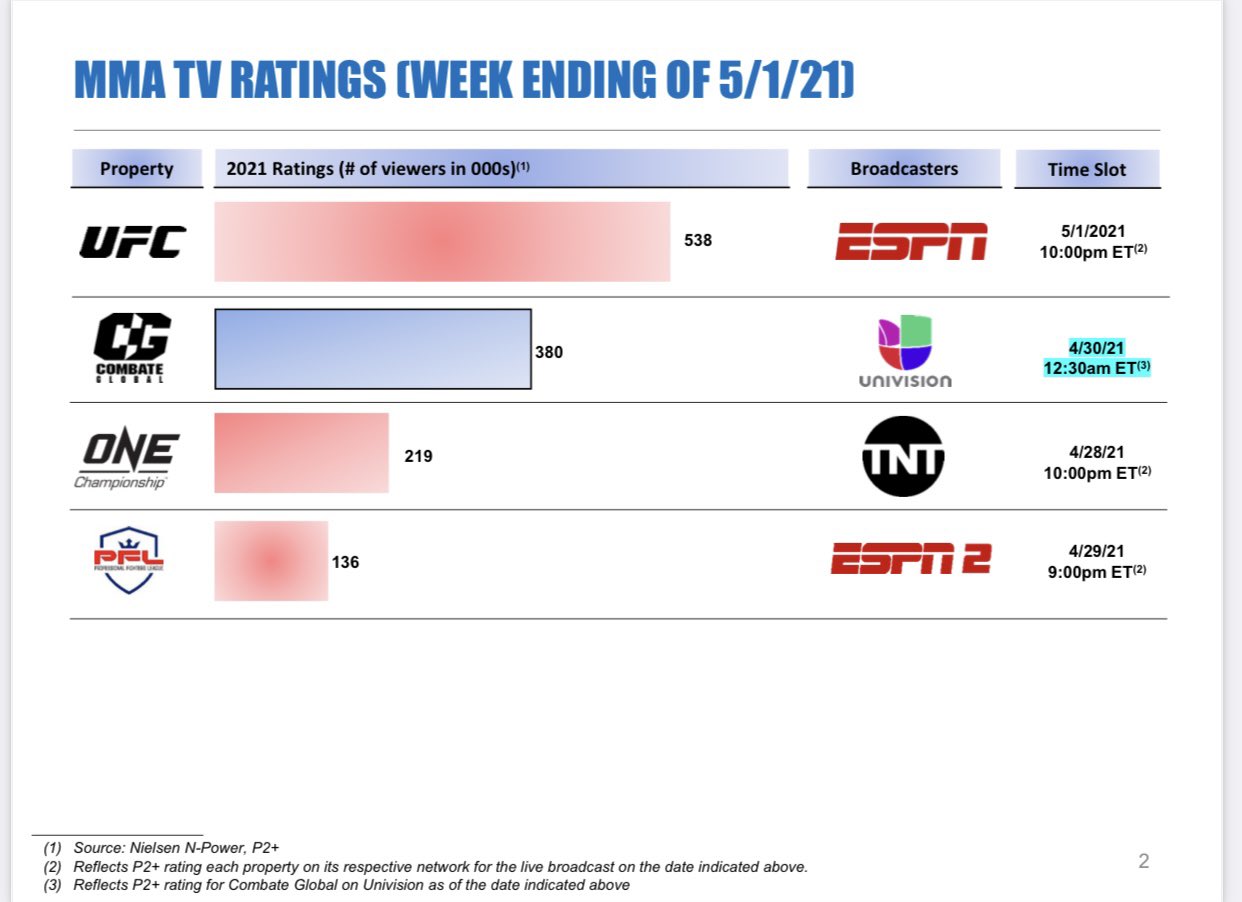 CEO, Campbell McLaren has recently expressed his astonishment at the lack of coverage for his promotion by the MMA media. As the entire country returns to full swing after the Covid-19 pandemic, fans should keep an eye on this continuously growing promotion. Fans should remember, McLaren, is a co-founder of the UFC and responsible for the marketing of UFC 1 through UFC 11.

Back in 2019, McLaren joined the Luke Thomas show and made it clear that the promotion previously named Combate Americas, is larger than Bellator. Combate Global has the feeling of a World Extreme Cagefighting (WEC) when it was on Versus. It was there for casual fans still being introduced to MMA. McLaren explains how they handpick live fights for Univision so that people just being introduced into MMA can develop an interest in the sport. Similar to WEC, Combate Global’s fighters will soon be the fighters known on the highest level of the sport. Remember, WEC produced Jose Aldo, Urijah Faber, Gilbert Melendez, Benson Henderson, and Anthony Pettis to name a few.

Combate Global will have the fighters of tomorrow. Stay tuned and be sure to watch them also on DAZN if you want the English stream.

This morning in MMA press I read about Lingerie league, fights in space, and Bellator’s new site mgr but nothing on ⁦@combateglobal⁩ tv ratings success. We do not pay for editorial coverage. Maybe that’s the issue. pic.twitter.com/MZQyA71QeU

Combate Global returns to action Friday, May 7, 2021, in Miami, Florida, as their show Fast and Furious is headlined by Juan Puerta vs. Lloyd McKinney. Davila vs. Sepulveda and Aguilar vs. Alvarez are featured fights on the card. The bouts begin early, as the undercard starts at 12 PM ET/9 PM PT.

Vitor Resende on Greg Velasco “I’m going to submit him”