Fighter gets patted down, checked for mouthpiece, cup, before MMA Wedding

Jon Forster (1-0 MMA) as a professional took the trip down the aisle October 30, and although he was patted down and checked for a cup and a mouthpiece, the fighter wasn’t stepping into the cage for battle.

Forster married Erin Biddinger on that day, and did so in mixed martial arts fashion.  Their wedding cake was topped by two former UFC champions in Randy Couture and Ronda Rousey. 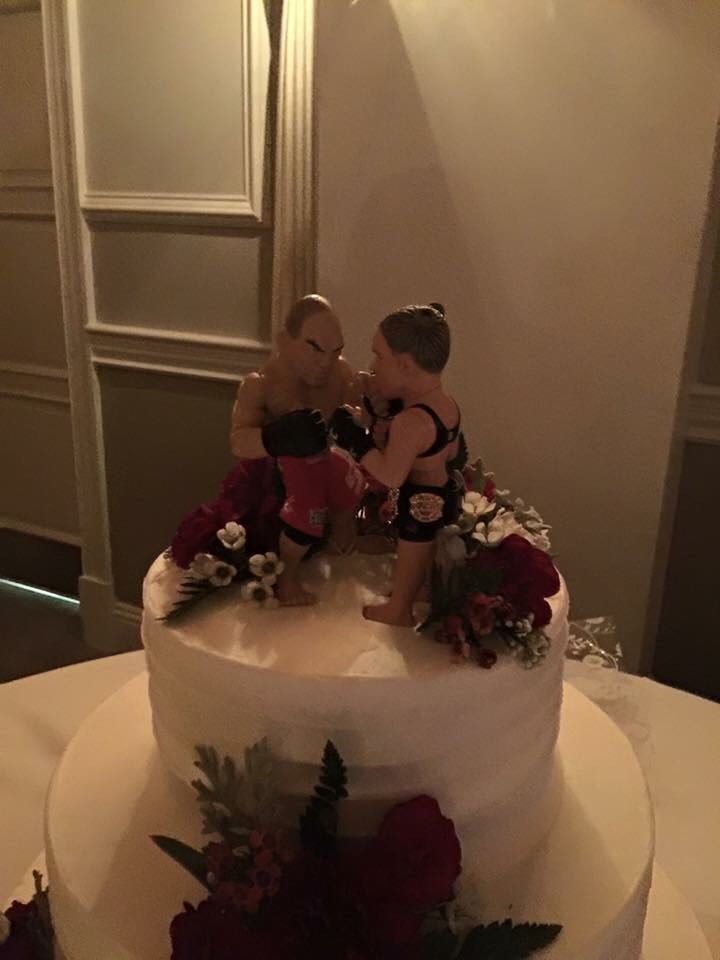 “I had the idea to walk out to ‘Taking Care of Business’ which is what I walk out to, for my fights,” Forster said.

“We gave our officiant (Andy Curtis) full control on the ceremony so he came up with the intro.  My wife sent him some Bruce Buffer clips for inspiration.   We wanted to keep the ceremony fun as lets be honest most ceremonies people are just counting down time till cocktail hour.  We also wanted to add some personal touches to our wedding.”

Watch Forster walk down the aisle below.

When asked which was scarier, walking down the aisle for a fight or for his wedding, Forster said, “I wouldn’t say either is scary but both are full of excitement and adrenaline. I was more excited for my wedding.”

Forster garnered a 4-1 amateur MMA record before turning pro earlier this year.  He earned a unanimous decision victory over Brandon Kaiser at CFFC 46 in February.

By Edward Carbajal 40 mins ago