Bobby Campbell, the Owner of Jackhammer Promotions joined Carroll’s Corner MMA Podcast Live Thursday, April 29, to announce his upcoming events. In addition to the announcements, Campbell discussed the chaos of YouTube influencers entering the boxing ring, as well as the gruesome injury UFC’s Chris Weidman suffered in his rematch against Uriah Hall.

Bobby Campbell announced his returning show since Covid-19 struck will be Sunday, June 27. This show will have three fight cards on a single day. Each fight card will have five to six fights per card. Since only 100 people can be in attendance, Jackhammer promotions plan to stream the fights as well. This event will be VIP tickets only. A $100 ticket gets you all-you-can-drink and dinner included in the price of your ticket. 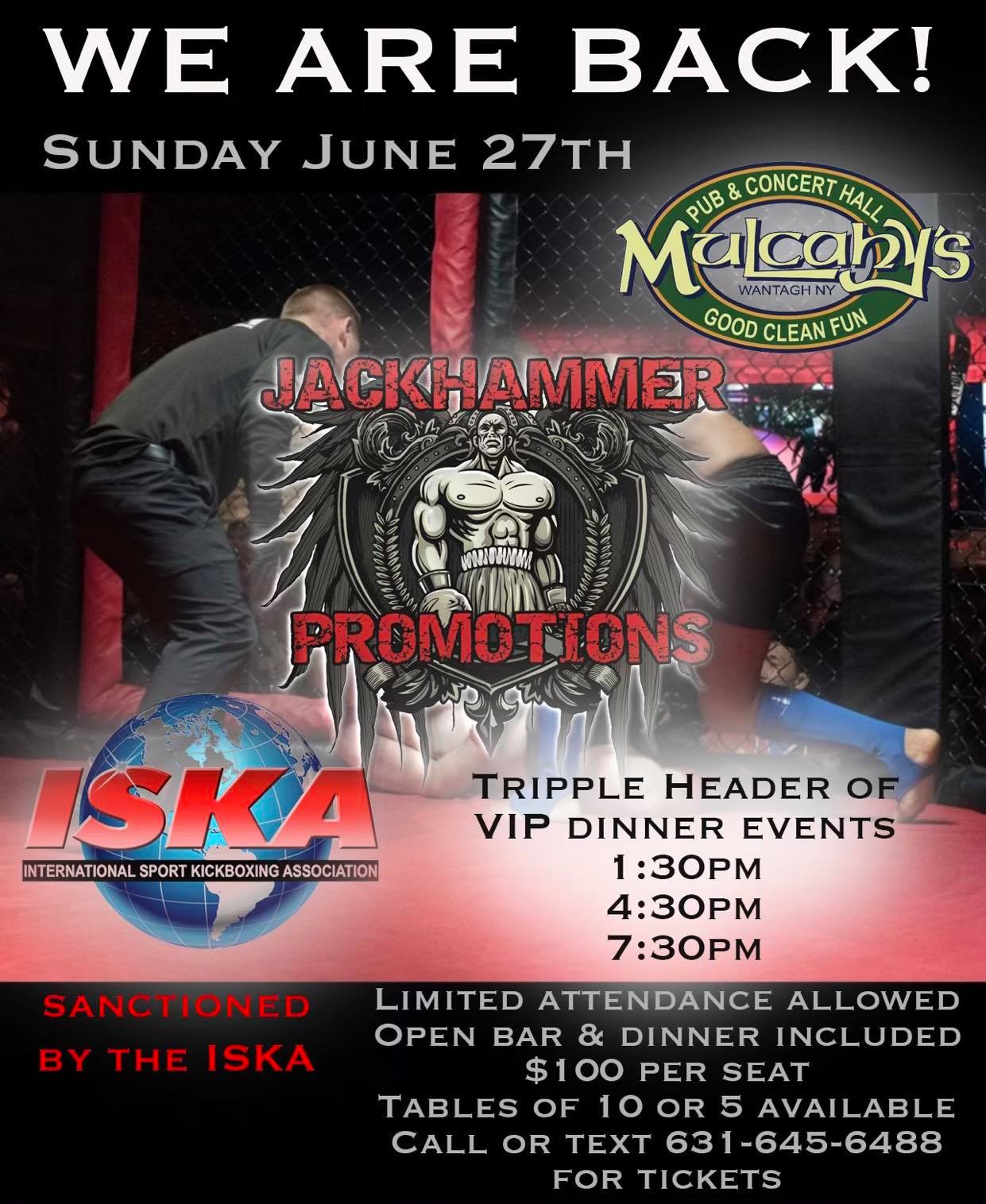 On July 19, Jackhammer Promotions Queen of New York tournament finalist (Kelly Boyle and Paige Di Bartolo) will headline the main card. The fights on both dates are still to be announced, but they are filling up fast according to Bobby Campbell.

Campbell’s Gym also acquired a karate studio which will be offering classes to kids and adults.

If you’re interested in an open bar and dinner included in the price of your ticket, call Campbell (631) 645-6488 now to purchase your tickets.

The first card starts at 1:30 PM followed by the second card at 4:30 PM and the third card starts at 7:30 PM. This fight card will be sanctioned by the third-party sanctioning body, the ISKA. As always, Jackhammer Promotions will be hosting their event at Mulcahy’s Pub & Concert Hall.

Studio 15 will be producing these events while Carroll’s Corner MMA Podcast will be commentating on the fights while they stream. Make sure to tune in if you don’t attend the fights in person. The fans will be able to interact with the broadcast!

By George Glinski 20 mins ago