James Lledo, a standout collegiate wrestler at the University of Pittsburgh, will be making his amateur mixed martial arts debut with 247 Fighting Championships this summer.

The “Brawl in the Burgh 12” fight is against Derrick Brown II and takes place July 9 at Hollywood Casino at The Meadows in Washington, Pennsylvania.  Brown, a native of Philadelpia, is also making his amateur MMA debut.

“We’re insanely excited for this matchup between James Lledo and Derrick Brown at Brawl in the Burgh 12,” Hunter Homistek, 247 FC general manager, told MyMMANews. “Every time we bring a show to Pittsburgh, we want to give the crowd a little something extra to dig into –– and I think this fight does just that.” 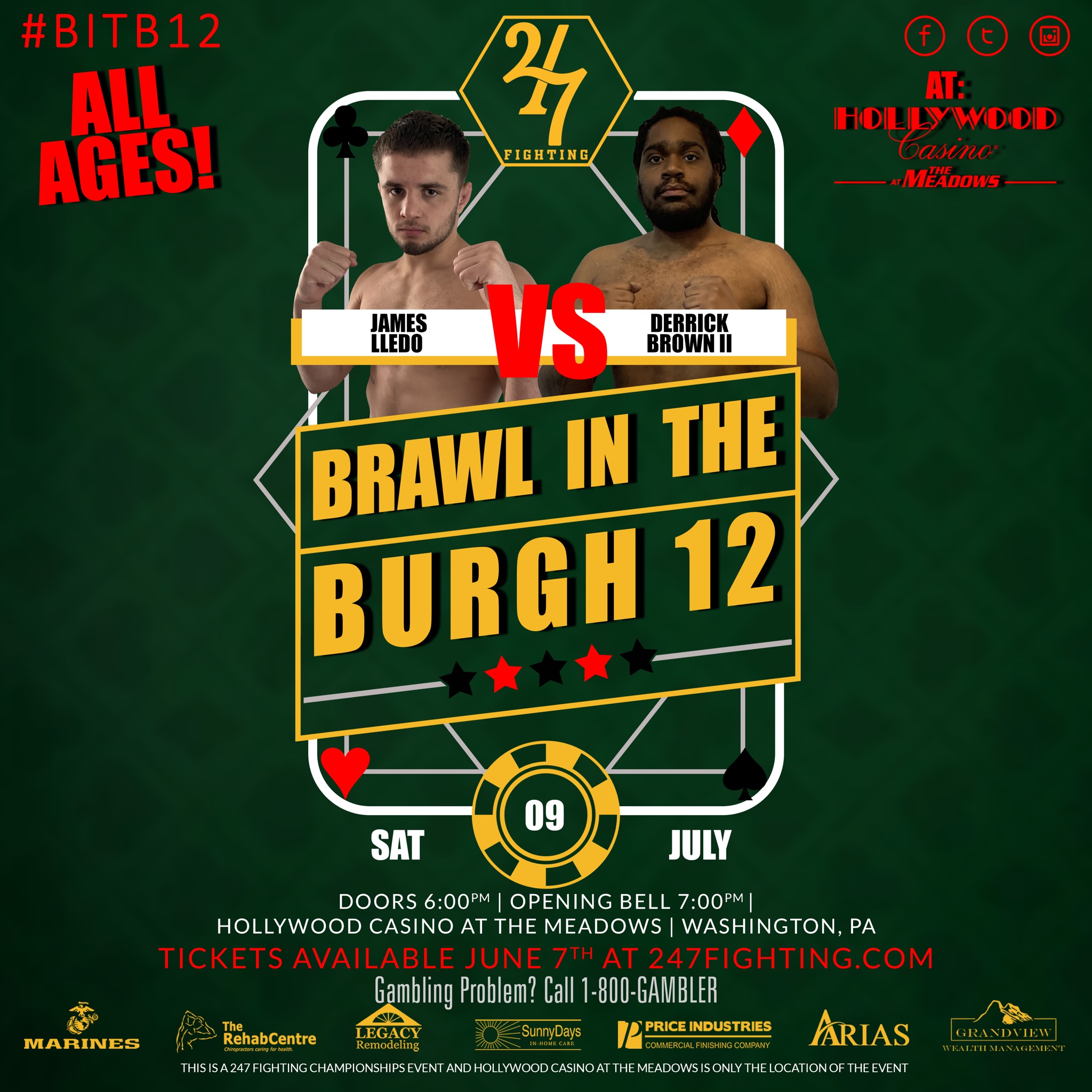 Lledo, who is training for the fight at Stout PGH, wrestled at Bala Cynwyd Middle School in Lower Merion, and then wrestled at Lower Merion High School. At Lower Merion, Lledo posted a record of 130-27 with 76 pins and as a senior, he won 38 of 42 matches, with 28 wins ending in pins.  He is a red-shirt Sophomore with the Pitt Panthers.

“James currently competes on Pitt’s wrestling team, so he’s obviously both a high-level athlete and a local draw for the hometown crowd to support,” Homistek stated. “That said, Derrick did wrestle in high school and he’s been honing his stand-up skills to provide the perfect foil for Lledo’s skill set.”

“What stands out the most to me though is simply how much both of these guys want to fight,” Homistek said. “Derrick was booked twice on this card, and both of his opponents pulled out before James finally stuck. That means Derrick literally signed three contracts against three different guys at the drop of a hat to compete on this card. This dude flat out wants to get in there and throw hands, and we love that.

Ditto for James. He was booked against another fighter, contract signed, before that fighter pulled out. We gave him Derrick’s name (at a higher weight nonetheless) and he signed immediately. James and his family, friends, and supporters could not be more excited to make their debut, and we couldn’t be more excited to put it on for everyone at the Hollywood Casino at the Meadows on July 9.”