The year isn’t over just yet! We still have our last fight card of the year, it didn’t end with UFC Vegas 17, as Rizin 26 – Saitama goes down live in Saitama, Japan, on New Year’s Eve, December 31, at 12AM ET.

Former UFC flyweight title challenger Kyoji Horiguchi now has the chance to erase that last, shocking defeat of his, as he rematches Kai Asakura for the Rizin Bantamweight Championship in the RIZIN 26 main event.

Horiguchi once held the belt, but has since vacated it due to inactivity from an injury he suffered after his second Darrion Caldwell fight. Asakura did knock Horiguchi out in just 67 seconds when they fought, but it was a non-title bout for some reason.

We’ll start off with what each of them has done in their respective careers, and then give you a glimpse of the match up. Click here to see the full fight card, featuring Tenshin Nasukawa. 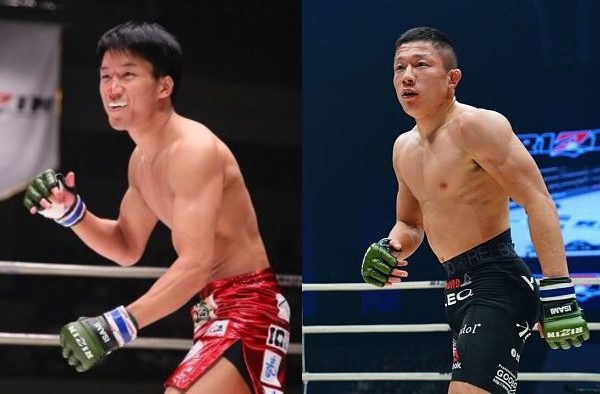 We first got notice of Kyoji Horiguchi when he made his UFC debut back in 2013 against The Ultimate Fighter 14 veteran Dustin Pague. He came into the fight with a record of 11-1, and he improved it to 12-1, as he TKO’d Pague at 3:51 of round two. 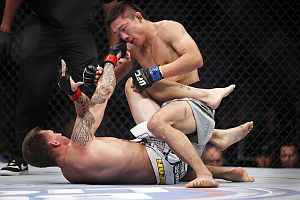 That lone defeat came against Masakatsu Ueda via majority decision, who’s a multiple-time world champion that to this day has a record of 26-6-2.

Horiguchi also won the Shooto Bantamweight Championship against Hiromasa Ougikubo, submitting (rear naked choke) him at 1:35 of round two, and defended once against Shintaro Ishiwatari via TKO at :41 of round five.

He’s a striker than already showed off his ground game by submitting a wicked grappler in Ougikubo, he’d already had two title fights, and he’d already gone five rounds, well, nearly, before joining the UFC. 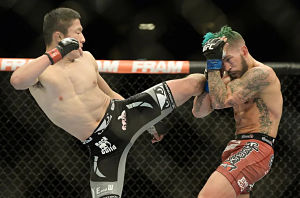 After finishing Pague, Horiguchi then won his next three bouts, one via TKO and two via unanimous decision, before challenging all-time great Demetrious Johnson for the UFC Flyweight Championship. Though he lost the fight via submission (armbar) at 4:59 of round five, which was pretty insane, he learned a lot from it and came back better.

Horiguchi then won his next three fights, all three via unanimous decision, winning all nine rounds before he chose not to renew his contract with the UFC. That last victory was over four-time FN Flyweight Champion Ali Bagautinov, who himself gave Demetrious Johnson a tough go. 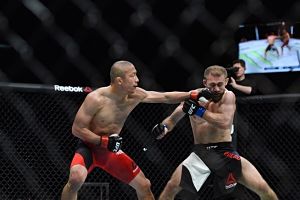 He then entered himself into the 2017 Rizin Bantamweight Gran Prix, going 4-0 with four finishes (2 KO, 1 TKO, 1 Submission), one of which was over highly touted recent UFC signee Manel Kape. 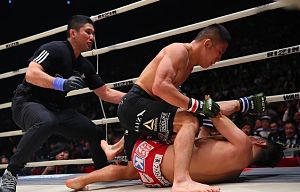 Horiguchi submitted (guillotine choke) Caldwell at 1:19 of round three, and he was now the Rizin Bantamweight Champion. He then had a catchweight bout of 132 lbs when he took on fellow UFC veteran Ben Nguyen, and KO’d him at 2:53 of round one.

This one was pretty impressive as well, because Nguyen’s a great striker, stemming from his Taekwondo background, which he has a 3rd-degree black belt in, and Horiguchi just stormed right through him. Next came an opportunity to win another world championship, this time inside the Bellator cage.

Considering Bellator and Rizin will cross-promote one anothers events, we get to see fights like this, it’s great. This fight looked similar to their first, only it was in a cage and there was no submission. 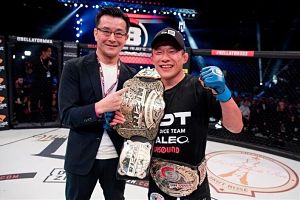 Caldwell was on top of Horiguchi for most of the fight, but did absolutely nothing with his takedowns, he merely held on and controlled Horiguchi.

The judges saw that Horiguchi was the one that was active the entire time they were in there, and he was awarded the unanimous decision victory, as well as the Bellator Bantamweight Championship considering.

Horiguchi returned to the Rizin ring just two months later to take on Kai Asakura, who was 12-1 as a professional. You see, we didn’t know Asakura was such a vicious striker. Only six of his victories at the time came via knockout, but as mentioned above, it only took 67 seconds to know how good this kid is. 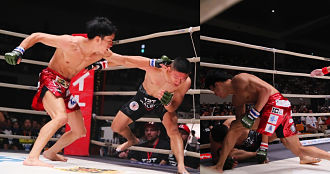 Prior to this, Asakura had won the RINGS 132 lb Championship, and had already defeated future UFC veteran Alateng Heili (TKO) in just 29 seconds, as well as Manel Kape (split decision).

Following his KO victory over Horiguchi, Asakura then TKO’d another UFC veteran in Ulka Sasaki, before losing his rematch to Manel Kape via TKO early in round two.

Since his defeat to Kape, Asakura had an exhibition bout that he won via submission (rear naked choke) in just 23 seconds back in February, he KO’d Hiromasa Ougikubo at 4:31 of round one in August, claiming the Rizin Bantamweight Championship in the process, and he TKO’d Shoji Maruyama in a non-title bout in September. 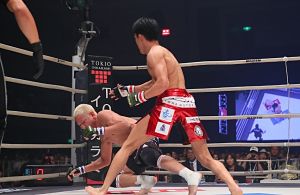 As mentioned above, Horiguchi gracefully vacated his title after the second Caldwell fight because he was injured and knew he’d be out for a while, allowing Asakura to win it in his absence.

Some could say Horiguchi is still the rightful champion because it wasn’t taken from him in a fight, and others could say Asakura KO’d Horiguchi while he was the champion, let alone he won the title by beating someone else in Horiguchi’s time off.

Both of these Japanese talents got their start in karate. Asakura ended up transitioning to boxing later on, while Horiguchi stuck with it and has since achieved a 2nd-degree black belt in Shotokan. Horiguchi went on to compete in, and win numerous regional championships in full contact competitions.

Asakura on the other hand decided to try MMA out as an amateur, before turning professional. 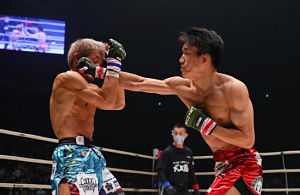 While he won his first bout, he lost his next two, before winning his next seven, improving his amateur record to 8-2, claiming the Outsider Amateur 132 lb Championship in the process before turning professional. Horiguchi is also a Class-A Shootist.

Shooto is pretty much mixed martial arts. It’s evolved enough to where their fights are full on mixed martial arts competitions. Horiguchi has the highest rank available in the art, and as you’ve read, he has two Shooto titles of his own as well.

Horiguchi is coming into this fight after the longest layoff of his career, 16 months he’s been out. Not to mention, he lost his last fight, badly. Will he come back the same fighter he was before? Probably, we can only hope. He’s still only 30-years-old, Horiguchi’s just now in the peak of his career, and should be for the next two or three years. 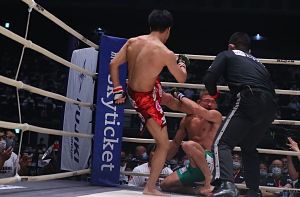 Asakura on the other hand is just 27-years-old, he should have at least five more years until he’s at his best, and he’s already pretty frighteningly good. He’s had four fights since Horiguchi last competed; his defeat to Kape, his exhibition bout, his title winning effort, and his non-title bout.

Of Asakura’s 16 victories, ten come via knockout with three submissions and three decisions. 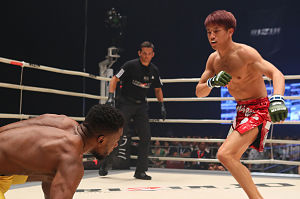 Of Horiguchi’s 28 victories, 14 come via knockout with three submissions and 11 decisions.

Both of Asakura’s defeats come via knockout, while Horiguchi has a defeat via each method (knockout, submission, decision).

We’ve been gifted a real treat in this one, it’s about time the rematch finally goes down.

Who are the Most Important Fighters in MMA History?