When it comes to sports and betting, nothing beats the excitement that surrounds a good fight. Be it MMA or boxing, the thrill of watching the mighty superstars in the ring is sweetened by the profits made by betting on them. Fans and bettors wait enthusiastically for major fights that take place throughout the year, across the world, not wanting to miss out on any opportunity to witness something truly spectacular. A recent example is the UFC 229 Khabib vs McGregor bout which was both scandalous and euphoric at the same time. In terms of betting, it was a high stakes match, one where many punters went home happy to have made significant profits.

Keeping track of future events makes it easier for bettors to remain watchful of the various contestants. Analyzing their previous victories and losses, checking on their health status, and at the same time grabbing the best odds that bookmakers release, everything can finally lead to making a bet that will give lucrative returns. Here are some of the hottest upcoming fights that bettors should check out:

A legendary boxer, a senator in his native Philippines, and in trouble with the IRS, Manny Pacquiao is quite the star. He takes on Adrien Broner, who hasn’t been in the best of form, next. Broner is happy about getting the chance to be a part of an iconic match that seen Manny return to US soil after two years. MGM Grand in Las Vegas will host the first on January 19, 2019, and the bookmakers are already out with the odds listing Manny as the favorite at -230 as opposed to the underdog Broner with +180 odds. 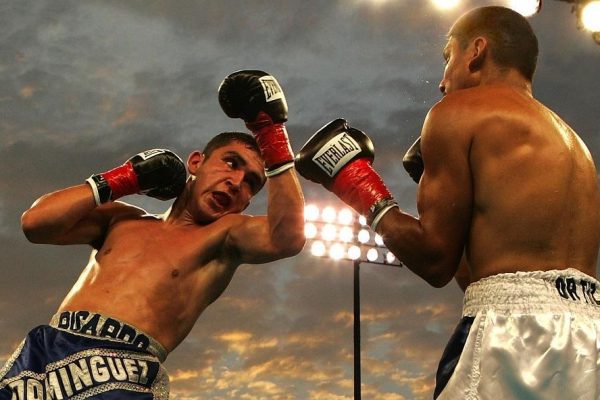 The iconic Madison Square Garden will see the two titans face off in a Middleweight Championship bout on December 15, 2018. Punters and fans are already super excited about the fight that sees Fielding fighting for the very first time in the US. He is at present on a winning streak having won the last six matches. This makes the Canelo Alvarez vs Rocky Fielding betting odds all the more interesting to follow. On the other hand, the Mexican Canelo has 50 wins under his belt and is a favorite to win. The odds are favoring both players with Canelo at -400 to win by KO/TKO. Fielding though is trading at +800 for an overall win.

UFC 232 will see the featherweight title on the line as Cris Cyborg defends the title against Amanda Nunes. Both the fighters are equally pitted. They are both Brazilians. They have won their previous fights, and both have not had a professional bout in over six months. The Cris Cyborg vs Amanda Nunes betting odds have Cyborg listed to win at a surprising -275, whereas Nunes, called The Lioness, is at +215. While many believe that Nunes is the one person who can take the belt away from Cyborg, we must not forget that not only has Cyborg defended the title twice already but that she hasn’t had a professional loss since her first fight in 2005.

The Prodigy’s Successor: The Career of Frankie ‘The Answer’ Edgar

By Kyle Carroll 7 days ago

Cut the Crap: ONE Championship Has NOT Solved Weight Cutting

How to Play and Win More at Online Casinos: The Top 6 Tips