Interview with Pat Brady above

Pat Brady is set to make his professional debut as the co-main event at Art of War Cage Fighting 21 on December 4th, at Rivers Casino in South Philadelphia.  Brady is the reigning AOW heavyweight champ and has fought under their banner for his first five fights while the last amateur bout of his career was at Cagezilla where he knocked out the previously unbeaten Raiden Kovacs.

Brady has found his way to Martinez BJJ in Northeast Philadelphia and has really benefited from training with UFC fighters Chris and Kyle Daukaus, as well as a growing stable of bigger men giving much needed depth in the training room.

“I’m ready to go tomorrow.  At this point it becomes a waiting game.  Our little crew has become sort of like the big guy over crew here at Martinez.  We are developing some big bodies. With our jiu-jitsu guys we have even more size.  We’ve just developed this little bit of a big body mentality.”

Please check out our interview on the link above.  Brady tells a great story about working Chris Daukaus corner at UFC 266 and seeing head coach Will Martinez in real time action working his magic .

Pat Brady recently got married to Kiersten and they just had a little boy several months ago now making him the father of three.  He continues to work full time and be a husband and father as well as train.  Pat takes tons of pride helping his teammates prepare for fights even when he isn’t in camp himself.  At age 37, he is doing something that he loves and he has become very good at it and deservedly will be paid for the first time. 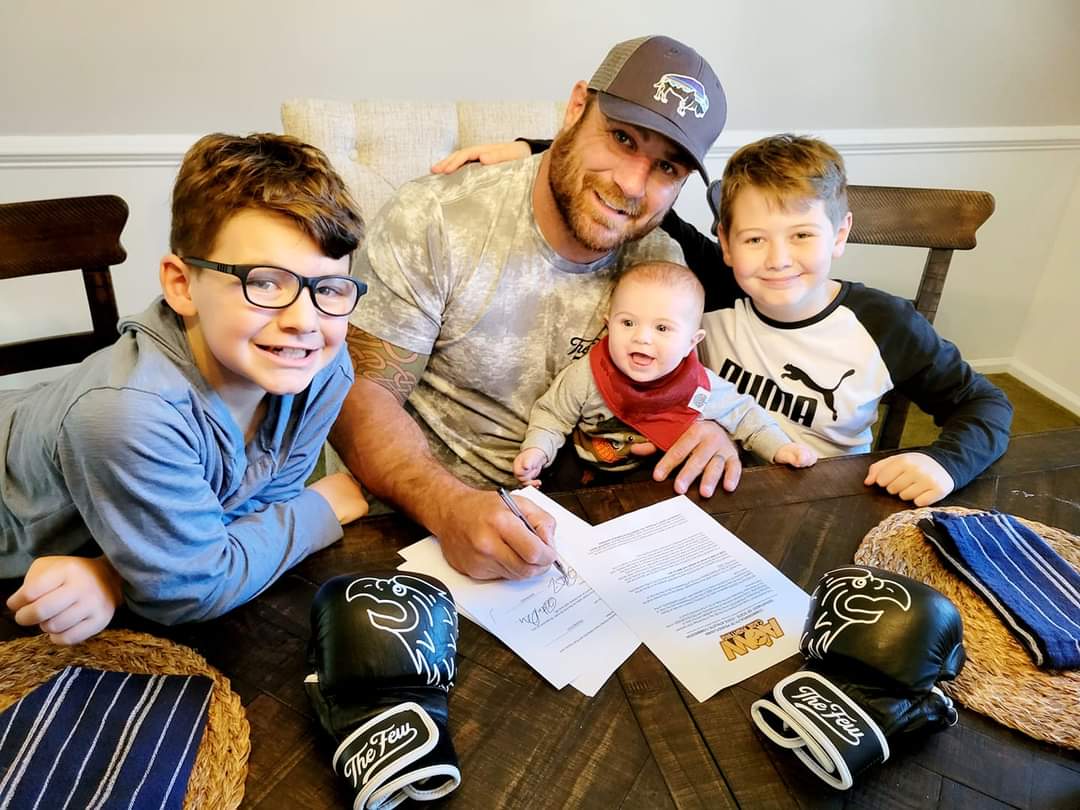 Brady also asks that if possible for you click on www.phillymmacares.com and donate $5 for a raffle ticket and a chance to win a UFC bag signed by all of the current UFC fighters from Philly including Jeremiah Wells, Bill Algeo, Sean Brady, Pat Sabatini, Kyle and Chris Daukaus and Paul Felder.  There is also other equipment and items  included.  Check the link out to see. The proceeds of this raffle will go to benefit a young wife and mother battling cancer.

I will be cageside calling the action with “The Suitcase Kid” Eugene Aubrey and MyMMANews will be in the house for live results.  AOW President Mike Bickings says that there is a very good chance that this event will be available on pay per view with a link available on fight night.  We will update that information as it comes in. 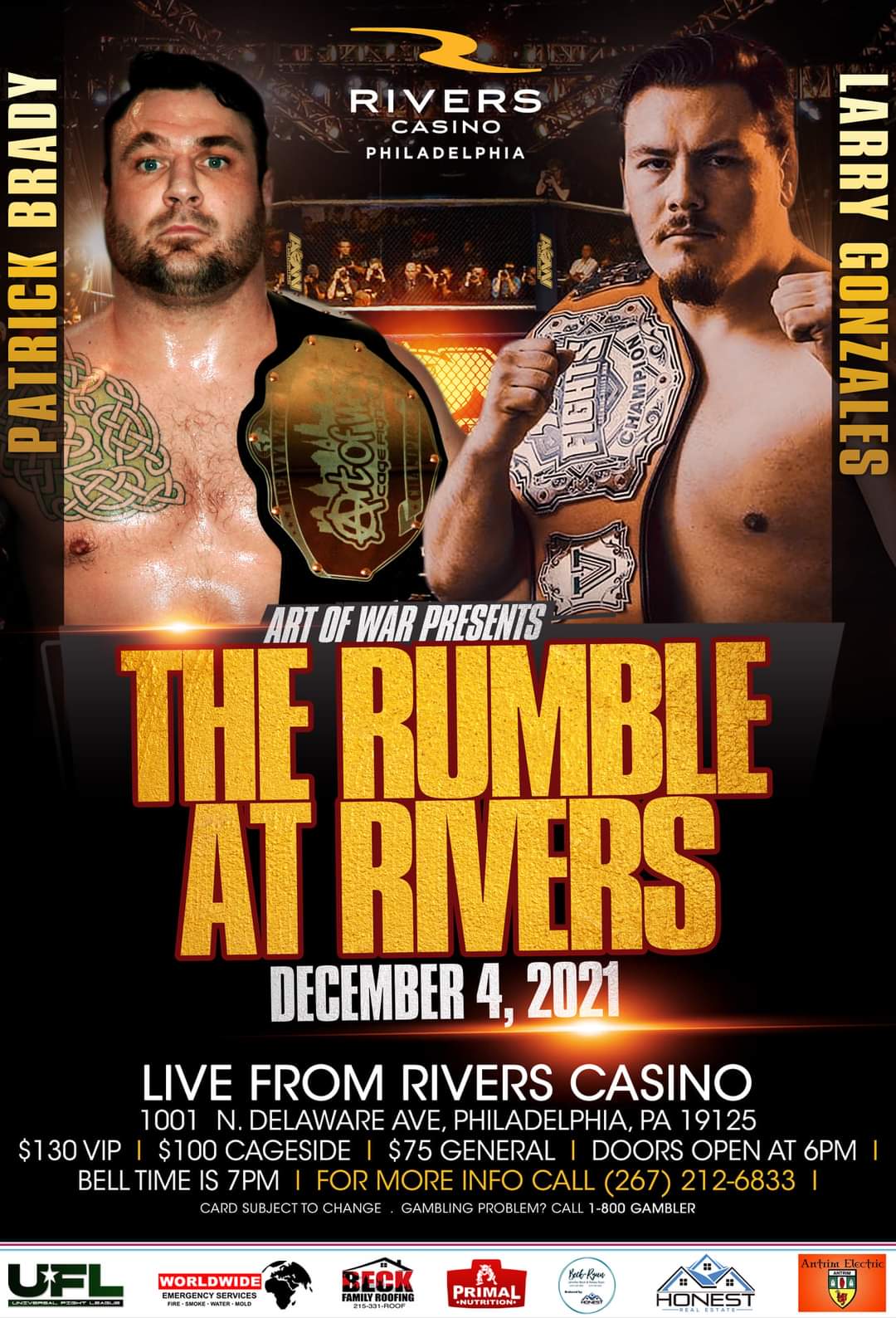 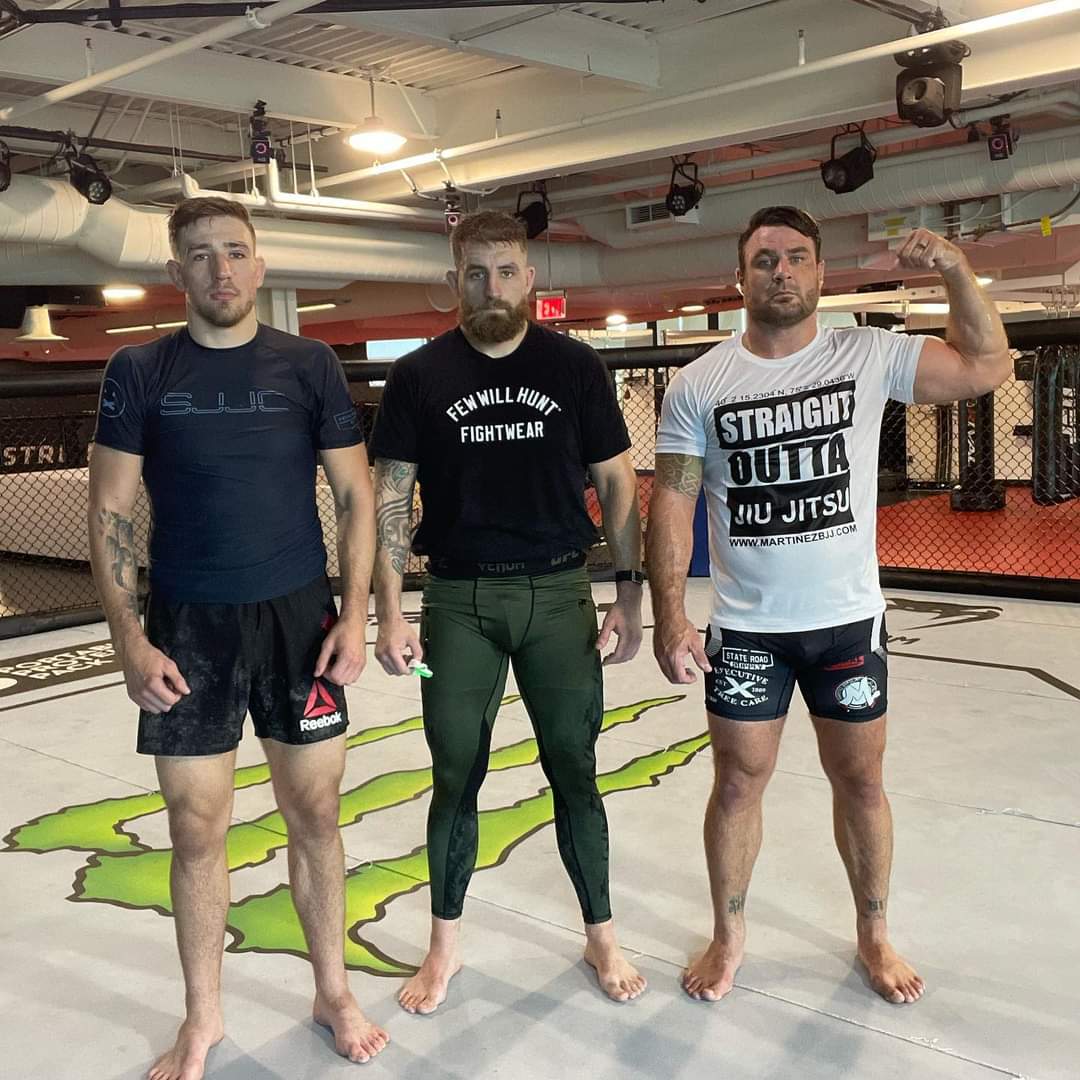 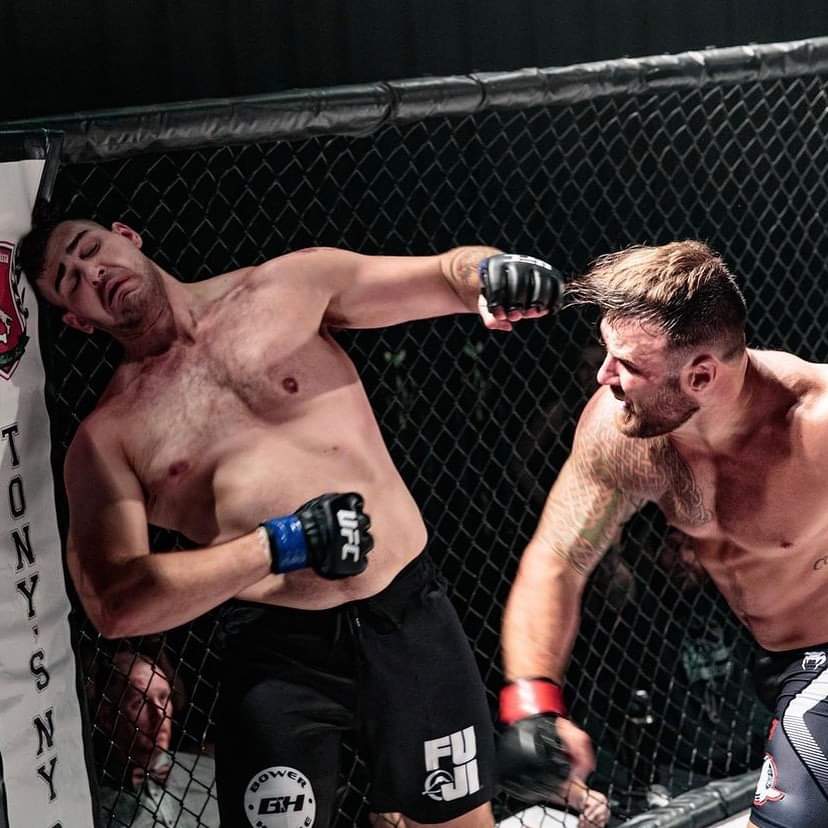