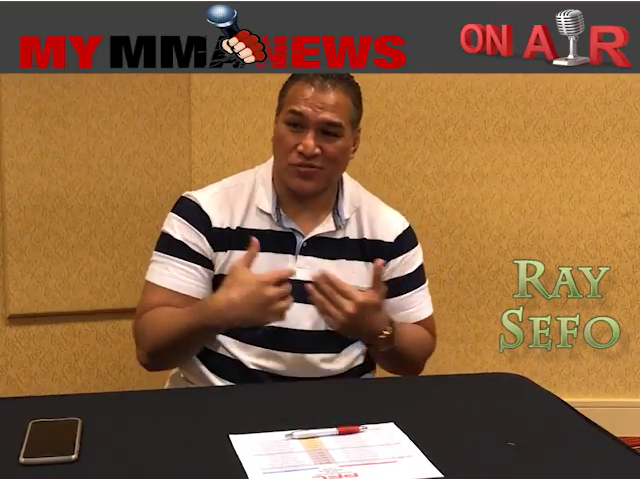 As the Professional Fighter League embarks on the promotion’s fifth event in their inaugural season, President of Fighting Operations, Ray Sefo speaks with the media at the PFL 5 open workouts. Returning to Long Island for the second time and the Empire State for a third time, PFL held open workouts in Garden City, New York at Longo and Weidman MMA (LAW MMA) gym. Home of the former UFC middleweight champion, Chris Weidman.

PFL 5 takes place Thursday night at NYCB Live – Nassau Coliseum in Uniondale, New York. The fights will be aired on Facebook Watch at 6 PM est. and followed up by the main card which airs on NBC Sports Network at 9 PM. This fight card has nine scheduled fights on the card, as the original main event is being rescheduled for a later date.

Sefo addressed the main event saying the commission is holding back on Brian Foster for some reason but they expect it to be cleared up. The President of Fighting Operations also discusses PFL 4, which took place at the Coliseum as well. He mentions the huge success the event was and the excitement of the lightweights and light heavyweights fighting Thursday.

The legend explains that the fans have responded well to the fight cards being only two weight classes. It shows all the talent in the divisions at once and fans really get an opportunity to see the season unfold in front of them.

Fights start at 6 PM est. on Thursday night, On Wednesday, at 4 PM the weigh-ins will take place on Facebook Watch.

Ray Sefo PFL 5 Open Workout Interview This video is sponsored by Pure Spectrum CBD. Use the link below and get 10% off all products by using our code CCMMA. https://www.purespectrumcbd.com/?ref=111 July 31, 2018