Tecia Torres asked for one thing after her victory over Angela Hill last August at UFC 265. That one thing was that her next fight would come against a top five opponent.

Torres was ranked high in the strawweight division, but a four fight losing streak set her back. In her mind, there shouldn’t of been a set back as three of those losses came to former champions Jessica Andrade , Joanna Jedrzejczyk and Zhang Weili. The other was to Marina Rodriguez, who is making a case to be the next title challenger following the upcoming strawweight title fight between Rose Namajunas and Carla Esparza.

Nonetheless, Torres worked her way back up the rankings after pilling up wins over Brianna Van Buren, Sam Hughes and Hill and now after three straight wins, Torres got her wish.

She originally agreed to fight Yan Xiaonan, but the fight never came through. After that, the UFC offered Torres a fight with Mackenzie Dern and both sides agreed to fight on the main card of UFC 273 on April 9.

Prior to the fight, Torres spoke with MyMMANews about her matchup with Dern, the landscape of the strawweight division and life outside of the cage. You can watch her full interview in the video above. 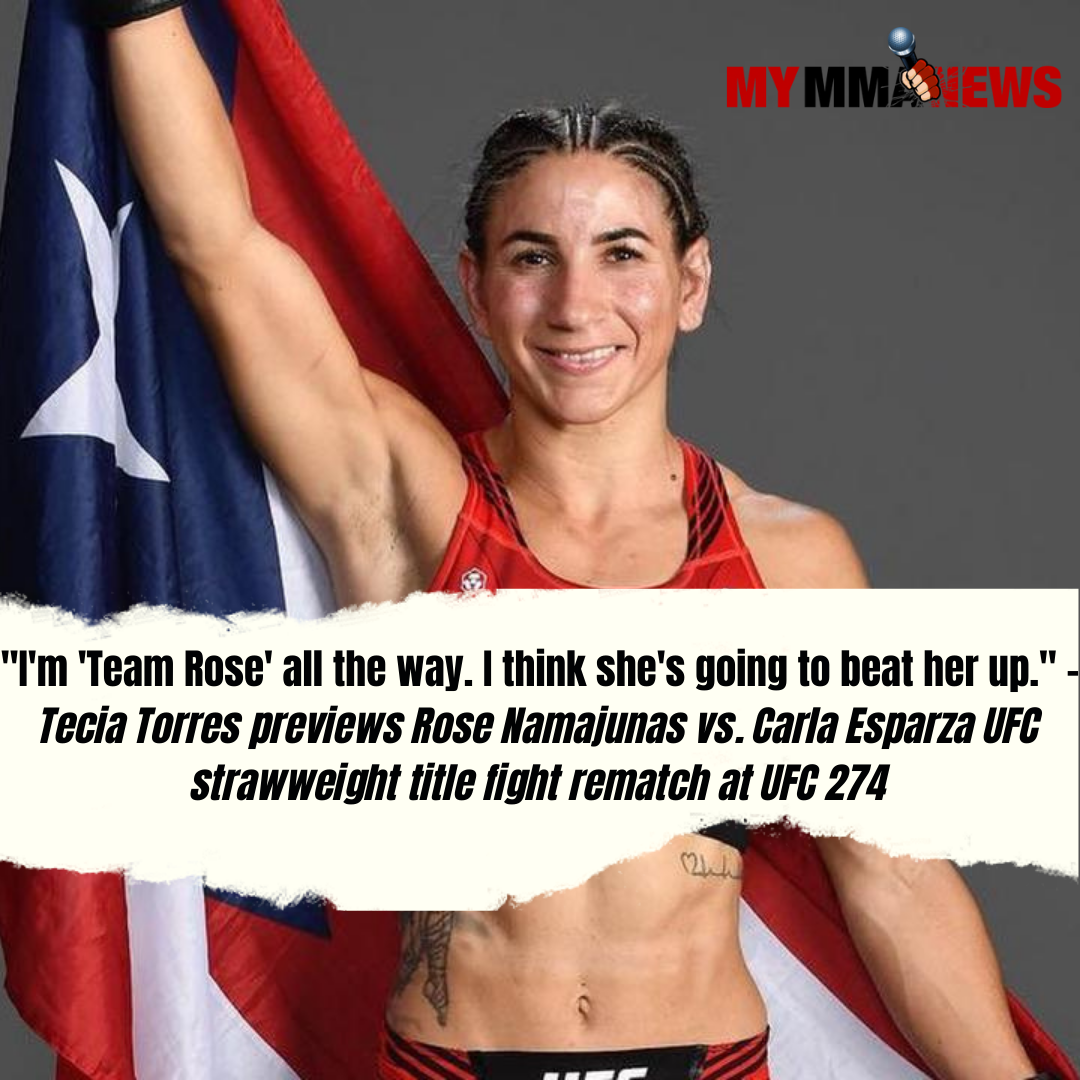