Ramazan Emeev vs. Alexander Shlemenko
M-1 Global Grand Prix Middleweight Championship
Alexander Volkov makes 1st M-1 Challenge Heavyweight title defense vs. Attila Vegh
M-1 Challenge 68, June 16 in St. Petersburg, Russia
M-1 Global has announced a blockbuster M-1 Challenge 68 event as Ramazan Emeev and Alexander “Storm” Shlemenko battle in the M-1 Global Grand Prix Middleweight Championship, while M-1 Challenge heavyweight champion Alexander “Drago” Volkov makes his first title defense against Attila “Pumuklo” Vegh, Thursday night, June 16, at Yubileyny Sports Palace in St. Petersburg, Russia.
M-1 Challenge 68 will be streamed live from St. Petersburg in high definition onwww.M1Global.TV. Viewers will be able to watch the preliminary fights and main card by logging on to register at www.M1Global.TV. Fans may watch all of the action on their computers, as well as on Android and Apple smart phones and tablets.
Emeev (14-3-0, M-1: 8-1-0), fighting out of Russia by way of Dagestan, is the reigning M-1 Challenge middleweight champion, although his title belt will not be at stake against Shlemenko.  The 28-year-old Emeev, who was the 2015 M-1 Global Fighter of the Year, is a two-time M-1 Challenge middleweight champion.  He originally captured the coveted crown in 2012, taking a decision from Mario Miranda for the vacant title.  In his first title defense, Emeev lost to Vyacheslav Vasilevsky, who stopped the defending champion via punches in the fourth round.
In their much anticipated rematch April 10, 2015, Emeev recaptured the title from Vasilevsky, choking the defending champion into an opening-round submission.  Last December, Emeev successfully defended his title when Luigi Fiorvanti retired after four rounds.  Earlier this month at M-1 Challenge 65, Emeev defeated Maiquel Falcao in the M-1 Grand Prix semifinals, by way of a first-round submission (choke – see picture below), to qualify for the final versus Shlemenko. 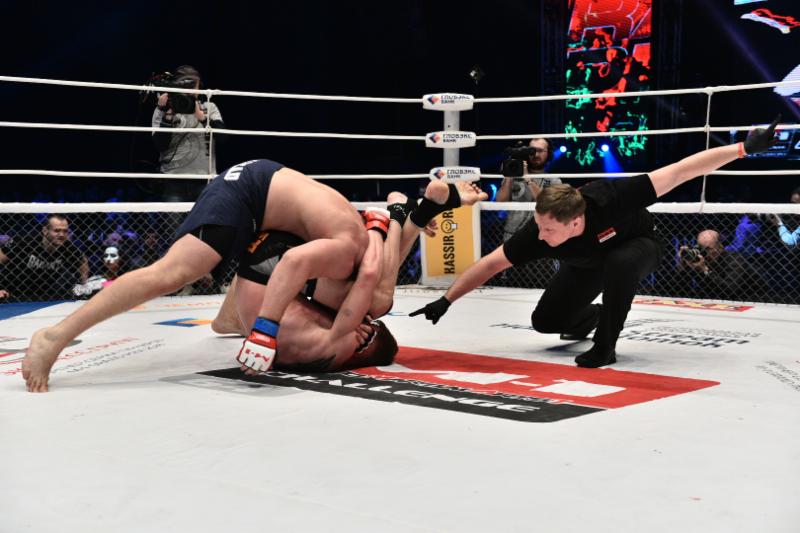 The 31-year-old Shlemenko (52-9-0, M-1: 3-0-0) is a three-time Bellator champion from Omsk, Russia.  He returned to M-1 Global competition in February, taking a decision from Vasilevsky (see picture below) at M-1 Challenge 64.  The Siberian-born Shlemenko hadn’t competed in M-1 Global since 2005. 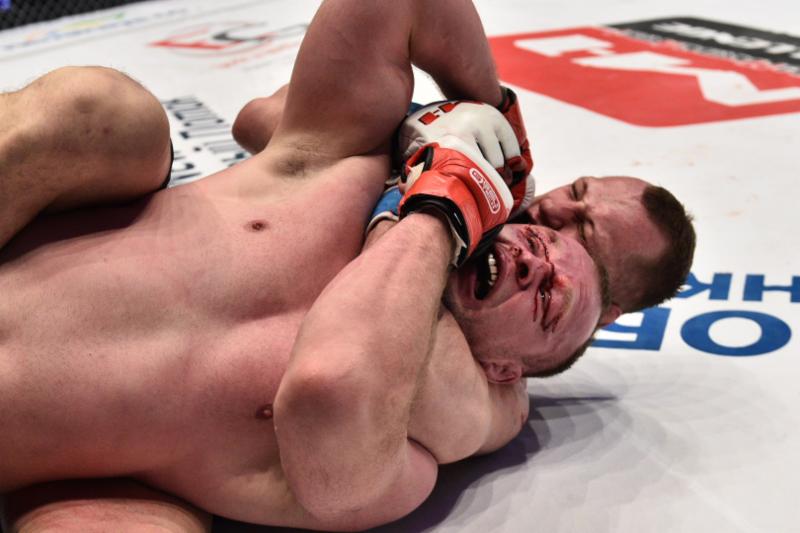 Volkov (25-6-0, M-1: 9-3-0), 27, also fought in Bellator for three years, 2012 to 2015, returning to M-1 Global action this past February for the first time in 5 ½ years.  The popular fighter from Moscow signed a promotional contract with M-1 Global, fighting Denis Smoldaraev Feb. 19, 2016 (see picture below) at M-1 Challenge 64 for the vacant M-1 Challenge heavyweight championship.  Volkov emerged victorious, using a choke in the third round to win with the Submission of the Night. 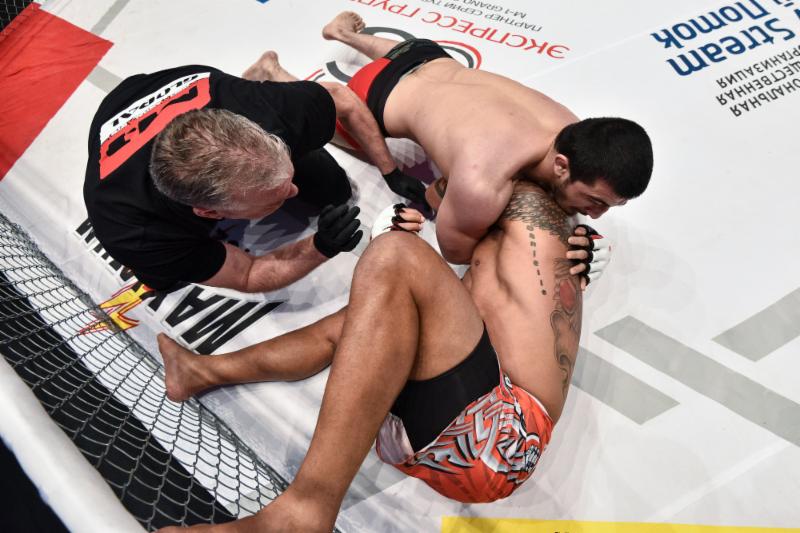 Vegh (29-6-2, M-1: 0-0-0), will make his M-1 Global debut versus Volkov in their M-1 Challenge title fight.  Fighting out of Slovakia by way of his native Czechoslovakia, Vegh (pictured below) is a former Bellator light heavyweight champion who is moving up one weight class to challenge Volkov.

By Brady Briggs 7 mins ago