Titan Fighting Championship officials have announced the lineup for Titan FC 70 which takes place at the Intercontinental Miami in Miami, Florida and will be broadcast live on UFC Fight Pass on Friday, July 2.

“On the heels of another successful international event, we’re excited to return to our home base of the Intercontinental Hotel Miami on beautiful Biscayne Bay for another exciting card featuring a tremendous main event Middleweight title fight between Brazilian brawler Bruno Assis and hometown hero Shane O’Shea,” said Titan FC COO Lex McMahon.

“In addition to the main event, we will be showcasing a clash between two unbeaten flyweight prospects, Roy Echeveria and Andrew Richardson, as well as the return of kickboxing phenom and Urijah Faber’s top prospect, Slava Borschev, along with the MMA debut of 5x World BJJ Champion Talita Alencar who is posed for a breakout performance and her opportunity to be the transcendent WMMA star on the global stage.   Titan FC 70 is a can’t miss night of MMA fireworks.”

Widely considered one of the most well-rounded players on the circuit today, Alencar makes her mixed martial arts debut after announcing the move while working as a special-guest commentator at Titan FC 67 in February.

Titan FC 70 will kick off with preliminary bouts on the promotion’s Facebook page beginning at 6 p.m. ET, followed by the main card on UFC Fight Pass beginning at 8 p.m. ET.  Ticket information available at TitanFCTix.com. 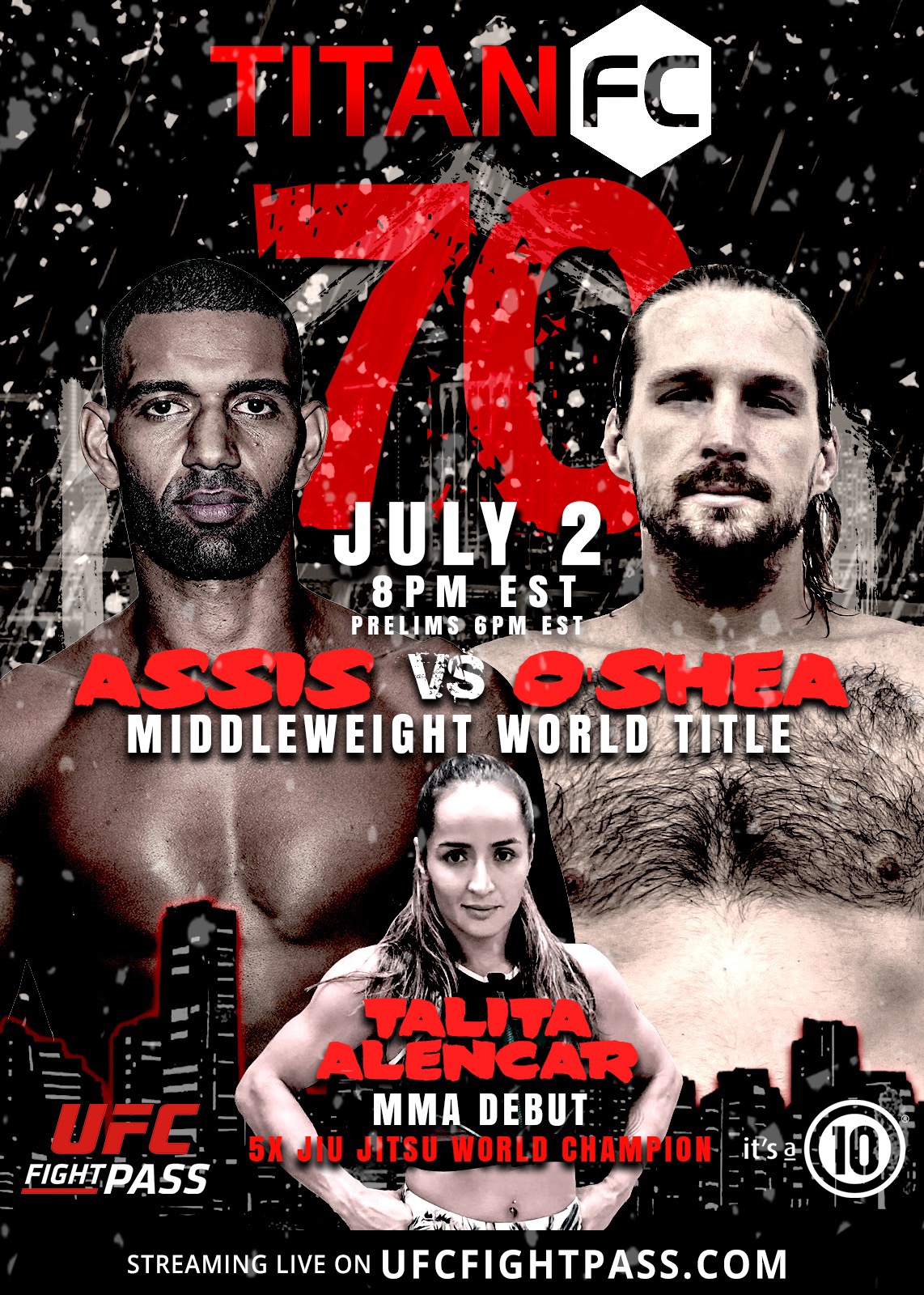