“It was nothing,” Adesanya told reporters at the UFC 248 open workout scrum. “Everybody wants to go, ‘Oh look at this.’ I licked it on (ESPN). Nothing is going to happen. I’ll rub it on Yoel’s face if I have to. I’ll give him a little something if he wants to wrestle me.”

The unusual area of skin in question was first noticed during an interview with Combat TV.  The segment was release was released last Saturday, February 29.

The UFC’s 185-pound kingpin says that UFC doctors have checked him out and that there is no cause for concern.

“We’re good,” Adesanya said. “I’ve seen the UFC doctors. They checked it. It’s fine. It’s nothing crazy. There’s no fluid – no nothing. I don’t even know what staph feels like. It happens at every gym sometimes. Some people have had it where I’m from. I’ve never had it and I never will.”

According to Defense Soap, “a staph infection begins as a raised, red bump which is painful and looks sort of like a spider bite. Other symptoms of staph infection that may indicate towards this infection include:
• Warm to the touch
• Pus formation
• Fever
“The bumps can lead to deep, painful abscesses that may need to be removed surgically. The bacteria is one annoying case that must be addressed before it turns serious. In some cases, the bacteria remain confined to the surface but it may move deep into the body infecting bones, joints, bloodstream, surgical wounds, heart valves, and even the lungs.
MRSA or methicillin-resistant Staphylococcus aureus is one of a kind. ”

Click the below banner to protect yourself with Defense Soap. 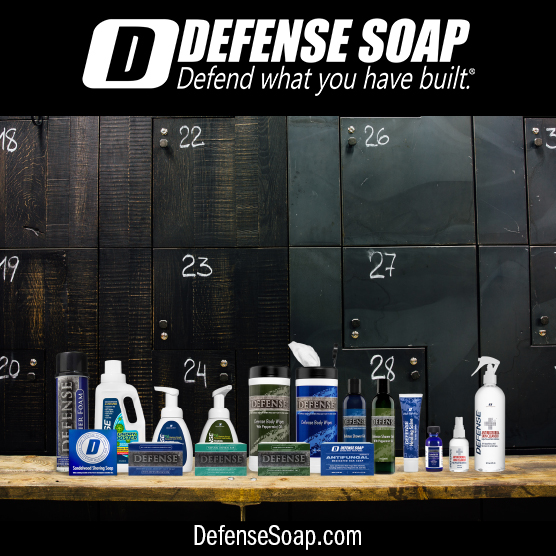 Parker Porter slugs out win against Josh Parisian at #UFCVegas15