Angela Jennings always thought she would be a professional athlete, but it was supposed to be in basketball, not MMA. She played the sport for 13 years and in her senior year she was looking to showcase her skills to recruiters. But it wasn’t to be, as she blew out a knee in the first thirty seconds of the first game of the season. Then, she thought her dreams of becoming a professional athlete were over.

“It was very emotional, I was in a dark place for awhile with that, because I worked my entire life for my senior year. I went to a smaller school so scouts didn’t really come to my school till my senior year. It was literally the first game of the season, I was set, starting varsity guard, first play of the first game, I totally obliterated my knee. So that definitely was very upsetting, I worked 13 years to go to college and possibly get a scholarship and move from there.”

After Jennings suffered the injury and healed up, she focused on her education, she wanted to get her Associates degree, join the ROTC, join the U.S. Air Force and become a pilot. But that wasn’t to be as she found her way into an MMA gym and then not much later, she found herself competing in a cage.

“I had my amateur fight in six months, I was training five days a week, I was training non-stop. I took a fight last minute. I took a 24-hour notice fight at Joe Louis Arena in Detroit and that’s when I made my overall debut.”

That was when she truly became enamored with the sport.

“It was great, it was actually one of my favorite fights and my best fight to date as far as heart and the show we put on that night, it definitely sealed the deal for me.”

After becoming an experienced amateur, Jennings felt like she was a big fish in a small pond in Michigan and had tapped out all of her resources there. In order to keep on advancing her skills and find more opponents, she moved to Florida and started training at Jaco Hybrid Training Center, the amateur team of the then famous Blackzillians squad.

Jennings spent two years in Florida before deciding to return home to Michigan.

“We put on a really good show last time, we were main event as amateurs.”

It’s also a fight Jennings has wanted back for a while.

“Honestly I did lose to her, I lost her in the third round by arm bar. I knew when I lost then that I was capable of beating her. I made a mistake, I mentally wasn’t in the right place at that time. And it was amateur rules, it was amateur sanctioned Florida rules. So there was no ground and pound, no elbows, I was in fights in Michigan before it was ever sanctioned. So, I was throwing elbows and kneeing to the face since day 1. So when I fought her as an amateur it actually dialed back my offense a lot. So I think depending on that it could’ve been a different outcome for that fight. I think we’ve both grown so much as fighters in general I wouldn’t mind a rematch and nobody else was stepping up and this is the second time that she’s stepped up so I have a mutual respect for her as well. I’m actually really looking forward to this, I was actually thinking of this fight prior to Daniel Kay calling me and he called and I was like hey, you read my mind, let’s run it.”

Jennings believes this fight will be a different fight because she won’t be mentally or physically hindered this time. She is not using it as an excuse but she didn’t know how to deal with her sports anxiety, her personal issues at the time and the fact that she threw up in the first round.

She also believes it’s going to be a different fight because they are both different fighters. Cicero has gone on to compete as a professional for four fights over the past two years while Jennings has spent her time training.

“We’ve grown so much both as fighters that I can’t really go off the last fight because it’s been years since I fought her and we’ve both evolved so much. So, I’m looking at her like I would any new opponent and I’m just going to train to be a hundred percent.”

With that said, Jennings can see a submission or a decision in this fight.

“I don’t really plan on any specific way to win, I try and stay well rounded and prepare for everything.  So, we’ll see what happens.”

For this fight, Jennings will move to flyweight after competing at strawweight for most of her fights. The cut to 115 pounds was taking its toll on her body and she need to stop. But recently she has adjusted her lifestyle and has seen great results which might possibly lead to strawweight once again.

“My 115 was a large cut for me but I’ve actually made some drastic changes in my diet and my body is responding very well surprisingly. So I didn’t expect to be, even right now I’m walking around at a very low weight for a 125 fight, so I can definitely see 115 coming back into my life in the future, for sure especially if it at the elite level if I were to get into some of the bigger promotions.”

With a win against Cicero, Jennings hopes the bigger promotions come a calling.

“I think beating her will look really good I think this might catapult me to a bigger stage.”

Hopefully I can be knocking on Invicta’s door shortly, so that’s the goal, Invicta, possibly Bellator in the little further future, use it as a stepping stone to get to that more elite level.”

You can watch Angela Jennings fight on FloCombat.com. 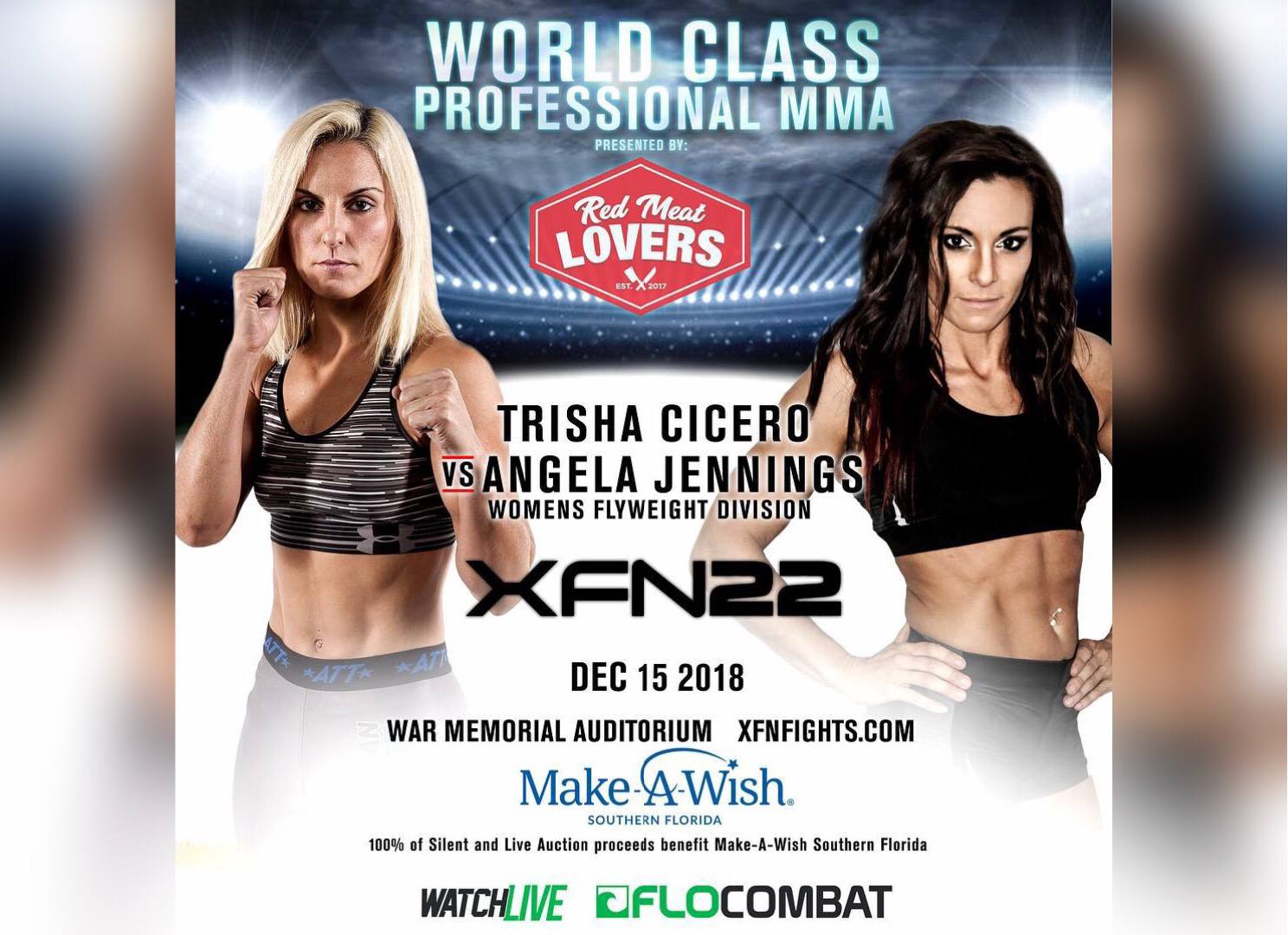 By Mike Pendleton 60 mins ago