Angela Jennings, will be competing in the International Brazilian Jiu-Jitsu Federation World Jiu-Jitsu IBJJF Championship at the CSULB Pyramid Stadium, in Long Beach, May 31, 2017 – June 4, 2017.

Jennings is competing in the women’s featherweight (129-pounds) blue belt division. Her first matchup is scheduled for Friday at 4:24 p.m. on Mat 1, Fight 51. 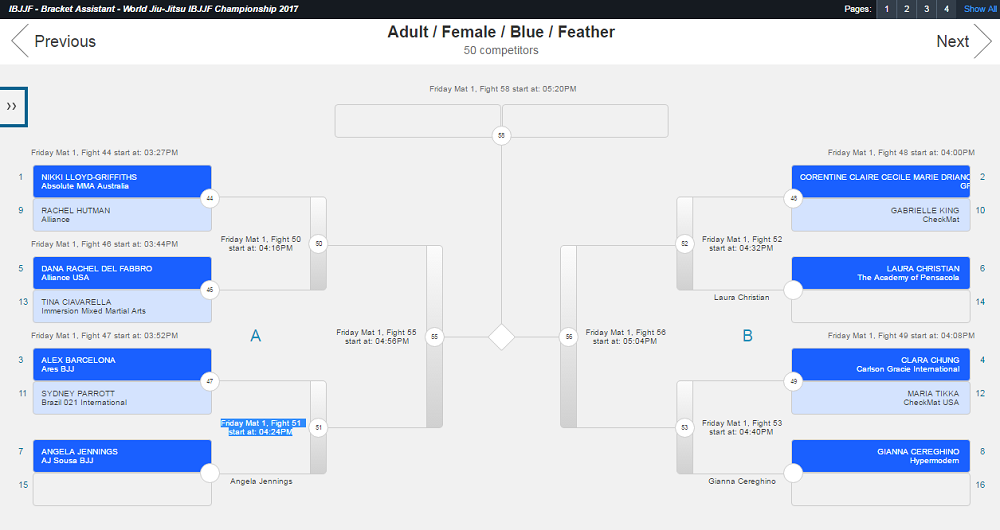 Jennings is a mixed martial artist training at Scorpion Fighting System with Kristian “The Dreamkiller” Woodmansee, in Brighton, Michigan.