Since its 2018 inception, the GCW promotional event Bloodsport has captivated massive attention within the fight world. The event’s unique aura and the ruleset are reminiscent of the early days of Mixed Martial Arts and Catch Wrestling, where victory is secured by knockout or submission. “Josh Barnett: Bloodsport II” brings you seven headline matches, as athletes from Pro Wrestling and Mixed Martial Arts look to showcase their talents on the Kumite style platform.

Featured on the Bloodsport II card is FIP World Heavyweight Champion/ Evolve Wrestling competitor, Anthony Henry. A rising Indie star and retired MMA fighter, Henry brings a diverse fighting style to the event. He is undoubtedly leaving many fans anxious and curious about what he will bring to the battle arena.

MYMMANEWS got the opportunity to talk with Henry, as we get an inside look at what makes this fighter ready for the challenge!

Creativity is an excellent form of expression, especially in one’s practiced craft. How important is this idea for you as a professional wrestler?

Anthony Henry: For me it’s essential. Professional Wrestling is my art and primary method of expressing myself in life. I always look at my matches as a way to create a story that grabs the crowd’s attention and captivate them. I get to create the story in the way my opponent and I see fit. Without that element, Wrestling is not the same, and I would not enjoy it as much as I do.

Would you say this ability to create is what sparked your interest in becoming a pro wrestler?

Anthony Henry: My initial interest in becoming a wrestler on how exciting and over the top, it all was. Creating a body of work that I was respected for was always part of that, though.

Many of your fans may know this, or maybe they don’t, but another “alternate universe,” you were a Mixed Martial Arts fighter. MMA is another popularly practiced sport. Why do you feel MMA was a perfect fit for you at the time?

Anthony Henry: I always was a fan of both MMA and pro wrestling simultaneously. When I was a kid, I would go to blockbuster and rent old wrestling tapes, alongside old UFC tapes. I loved the physicality of it all. I am a competitive person, so MMA appealed to my competitive side. Also, there is undoubtedly an artistic side to MMA as well, especially in the groundwork. It can be beautiful to watch. 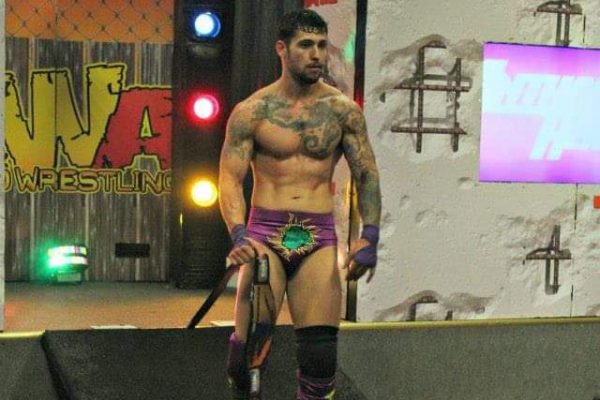 Did your experience as a Mixed Martial Arts fighter assist with your transition into becoming a professional wrestler?

Anthony Henry: For sure. They both helped each other. I was a professional wrestler before becoming an MMA fighter. Then I transitioned back into the world of professional Wrestling. I think Wrestling helped me be an entertainer in the fighting world. I was also used to performing in front of crowds. MMA helped out with training and worth ethic, for sure. It also helped out with movement and footwork and being able to grind in the context of a professional wrestling match. It helped me at realism in my matches.

Professional Wrestling seems to have more opportunities than that in Mixed Martial Arts fighting. Seeing where you are now, how satisfying was that decision in making the conversion?

Anthony Henry: Although I have always loved them both, Wrestling was always my number one love. It has been the one constant in my life. I never thought I would be in the position I’m in with Wrestling, so the decision to pursue this full-time and see what I can do has been extremely satisfying.

In your current wrestling run, you have been making great strides, achieving great success in the Indies. What is the reason for Anthony Henry’s ability to stand out amongst a sea of talented wrestlers?

Anthony Henry: I think my work ethic has helped me work like a madman to improve. I’m never satisfied and am my own worst critic. I stand out because I am continually improving my game. This includes in-ring work but also character work, promos, image, and other factors.

With all this wealth of knowledge and fight experience, you will be taking those skills unto a new platform, “Josh Barnett’s: Bloodsport.” What was it about this new platform that sprung your interest to compete?

Anthony Henry: I love professional Wrestling. I perform, on average, 3-4 times a week. When I am not performing, I am watching it. I watch a little of everything, but I enjoy shoot-style Wrestling. When they first started doing the Bloodsport events, I knew I wanted in. Finally, we are here, and I could not be more excited about it.

At Bloodsport you will be going up against Zachary Wentz of The Rascalz. Both of you have such a diverse approach to fighting. How do you see the match going and what makes this clash of styles a worthy must-see match?

Anthony Henry: I think this match with Zach is going to be fast and explosive. The winner I feel will be the guy who can execute his game plan first. I think we are pretty evenly matched. I have wrestled him in tag and multi-man matches before, so I know how good he is. This fight is going to be the one to watch, for sure! 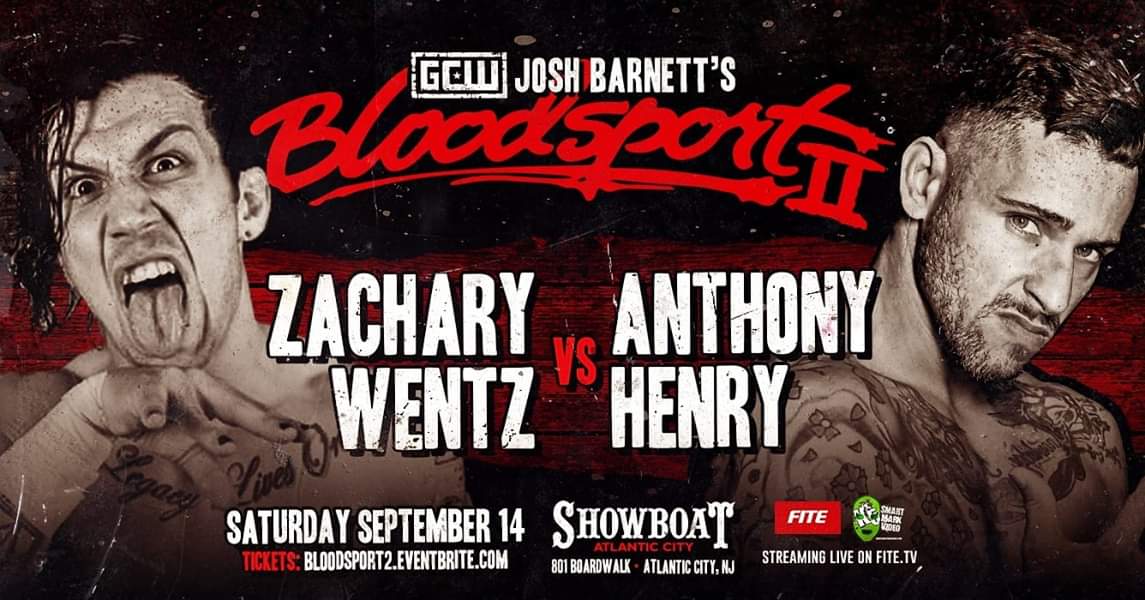 The goal is to put on an excellent show for the fans and come out with the win. Seeing that Bloodsport is still in its inception phase, how does it feel to be part of the franchise’s growth, and where do you see it going?

The future, what should we expect from Anthony Henry?

Anthony Henry: You can expect me to continue expressing myself with the art of Professional Wrestling. I will continue to evolve my game, and hopefully, that leads to me being any and everywhere.

By Kyle Carroll 11 hours ago

Kyle Hannigan working to improve all of his skillset, prepares for Glory rules kickboxing at Stellar Fights 45