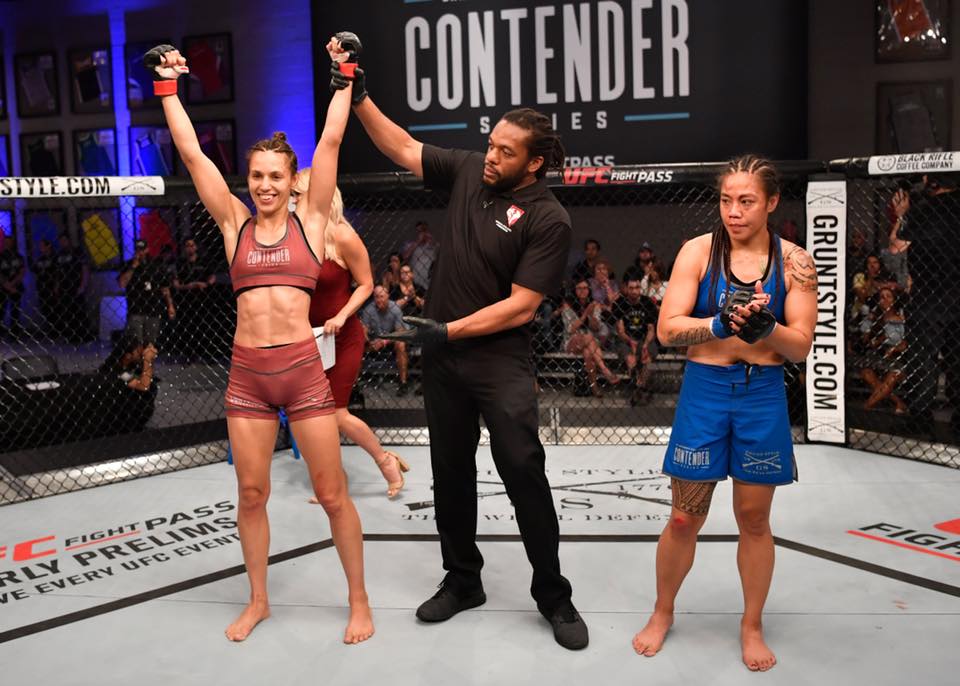 Two fighters earned UFC contracts and one was awarded a slot on the upcoming season of the Ultimate Fighter, Tuesday night.  Antonina Shevchenko, older sister of UFC flyweight Valentina Shevchenko, and lightweight Te Edwards will join the UFC roster after victories on episode three of this season’s Dana White’s Tuesday Night Contender Series.

Heavyweight competitor Josh Parisian will be featured on the upcoming season 28 of the Ultimate Fighter after defeating Greg Rebello with a first round technical knockout.  It was the second time that Rebello had been featured on DWTNCS.  He was defeated last year by Zu Anyanwu.

Shevchenko defeated Jaymee Nievara in the second round by TKO and makes history as she and Valentina are the first pair of sisters to both hold UFC contracts.

Full Week 3 Results from Season 2 of DWTNCS below:

By Dylan Bowker 51 mins ago

By Staff Report 60 mins ago