Asef Askar is looking forward to Bellator 198 in Chicago to produce his second professional win against Andrew Johnson. Ahead of his fight Askar sat down to discuss his background in mixed martial arts training with his brothers, Motaz and Oscar, and his training. 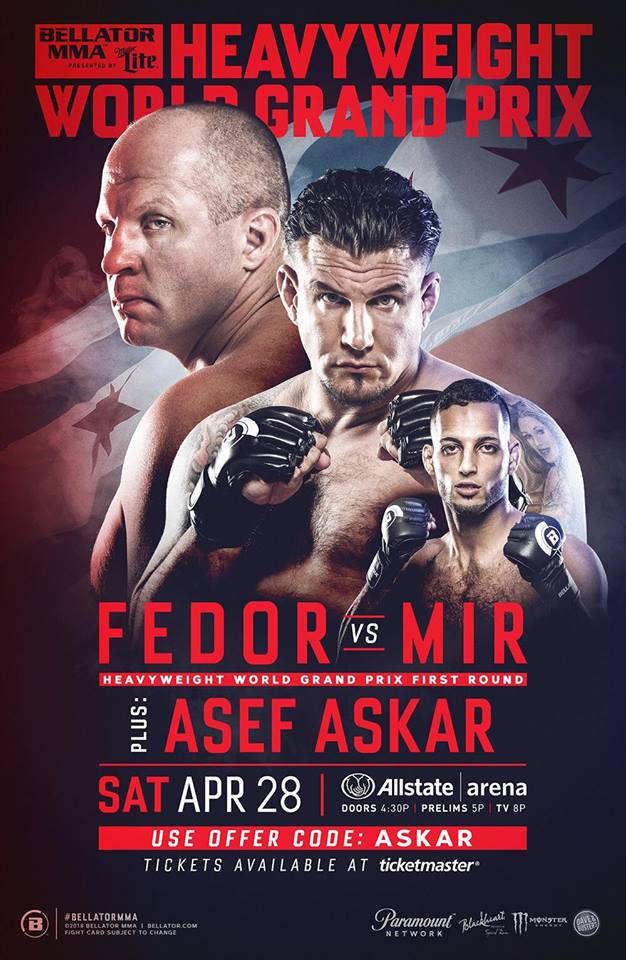 “Before Oscar made the move to Milwaukee, Wisconsin to train at Roufusport, me and him were like each other’s main training partners,” Asked stated.

“My brother Oscar pushed me to do all of this,” Askar continued.

Askar feels that the push from these fighters has kept him in training, as it has been a calendar year since his pro debut victory at Bellator. Askar discussed his feelings about the upcoming fight against Johnson.

“It’s going to be a finish,” Askar exclaimed.

“I don’t know what round, I don’t know how fast. but its going to happen and I’m going to be winning the whole fight from the start until the end,” he finished.

Askar will be one of many Chicago area fighters on the Bellator 198 undercard which includes Matt Paul and Dan Stittgen.

Catch the entire card next Saturday, April 28 at the Allstate Arena in Rosemont, Illinois on the Paramount Network with prelims starting at 7:00 PM.

LISTEN TO ASEF ASKAR BELOW: