“We are super excited to bring our third show in a four months span,” Feldman told MyMMANews. “We are giving the fans what they want, which is pure fighting. We hope to continue to give everyone what the have come to expect from us, non stop action. As a fan I can’t wait to see these fights on October 20, it another great fight card.”

Bare Knuckle Fighting Championship 3 will be held on Saturday, October 20 and pairs tournament finalists Arnold Adams up against Sam Shewmaker.

Christine Ferea, who was to make her organizational debut at Bare Knuckle FC 2, will return to take on Jennifer Tate. Ferea’s fight last month was scrapped after the state’s athletic commission realized that her opponent had been knocked out in a contest less than 30 days prior to their scheduled fight.

Ultimate Fighter season 3 winner Kendall Grove who defeated Bruce Abramski via unanimous decision makes his way back to the ring to take on Marcel Stamps.

Bare Knuckle FC 3 will be held at the Mississippi Coast Coliseum in Biloxi, Mississippi. The event streams on pay-per-view via Fite.tv. 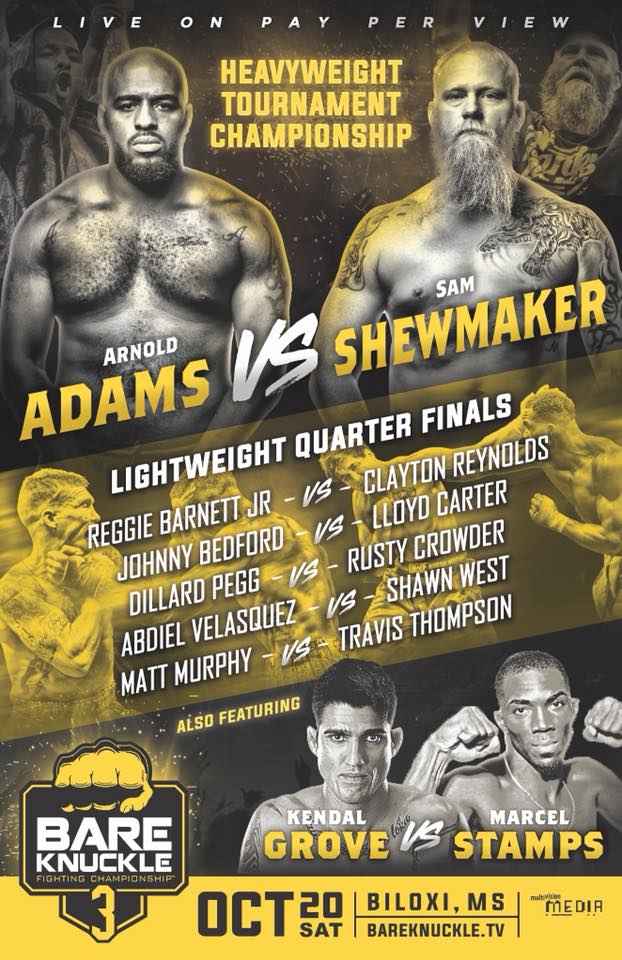 By Adam Martin 25 mins ago