For the good part of the past year, Ben Moser was expecting to make his pro debut in the cage for Mike Bickings and his Art of War Cagefighting. It didn’t work out that way.  ‘B Mo’ saw a Facebook post from Mike looking for a few opponents on November 10 at AOW 9.  He made the phone call and somehow has wound up matched against his good friend and former as well as future training partner, Avery Sanchis in a pro rules battle in the advanced amateur lightweight division.

You have to listen to Ben in our link below to really get an appreciation of the unique circumstance.  Sanchis is the free-spirited Hawaiian who has an infectious personality.  He’s also got a resume with plenty of kick-boxing and MMA fights.

Moser told me he was thinking about the ring rust since he hasn’t been in the cage since October of last year.  He is taking this fight up 2 weight-classes at 158 lbs as he is the reigning AOW bantamweight champ, and was happily eating some good food to put on a few pounds when we spoke.  They will be drinking together after the fight and taking selfies.   You have to really admire these two warriors who are just trying to better their games.

MyMMANews will be cageside on commentary and will have full recap and results from Art of War 9 in Manheim, PA at the Spooky Nook.

LISTEN TO BEN MOSER BELOW: 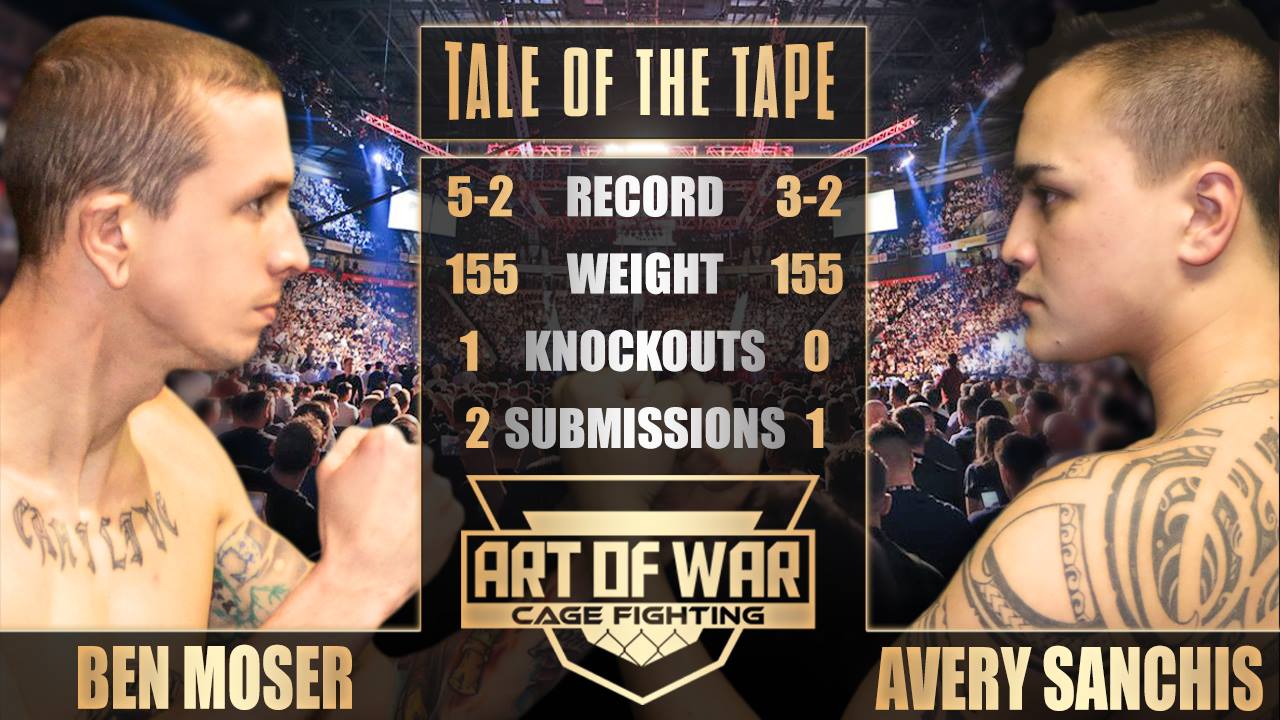