Following a bit of a hiatus, USKA is back with Gary Grant now in charge of the promotion

Following almost a seven-year span of the promotions and matchmaking along with Irv Althouse and Jen Heffentrager, Grant talked to the SFLC Podcast about his time spent with the promotion, as well as upcoming fights in Allentown, PA in December. But this isn’t Grant’s first time working with combat sports.

“When I stopped promoting events in 2011, I threw everything I could, as far as my weight behind the USKA and helped them develop behind the scenes,” Grant stated.

“So I’ve literally been working with them on the day-to-day operations since 2011,” Grant finished.

The three have been in constant communication as far as USKA was concerned and Grant looks to pick up where it left and take USKA to the next level.

“Irv and Jen thought they both reached a point where they achieved everything they wanted to achieve,” he continued.

During the discussion, Grant praised the work Althouse and Heffentrager had done and planned to continue on the successful match-making on which company had built a reputation.

“One thing they did really well is make great matchups,” exclaimed Grant.

“I don’t know how you can match an 0-0 with another 0-0 fighter and have a three round war split decision and the whole crowd is cheering,” boasted Grant.

Moving forward, it doesn’t look like much of reinventing the wheel for Grant. He looks to keep the same formula going for USKA.

“We are going to continue with that and we are offering a venue for amateurs to develop and for pros to showcase their skills,” Grant finished.

USKA Fights will continue December 8 at the Econolodge in Allentown, PA. Check their Facebook page for more info.

LISTEN TO GARY GRANT BELOW: 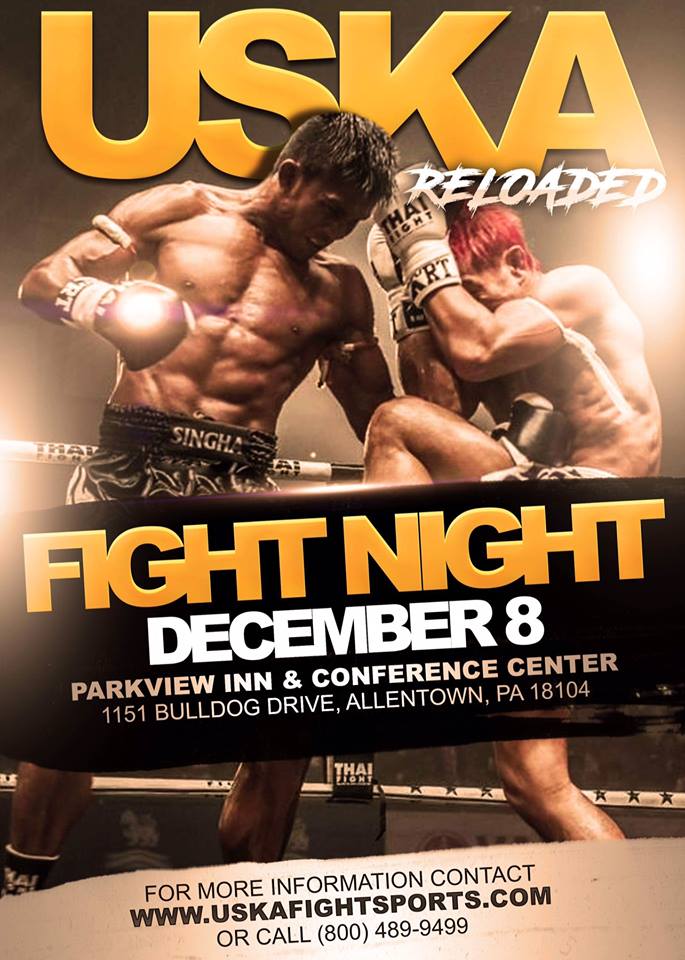