Tony Gravely (15-5) has been on a serious roll with seven wins in his last eight fights; included in there are the M1 Global and the King of the Cage bantamweight championships.  Now, the very busy mixed martial artist gets his chance live on AXS TV to capture the CES MMA belt on November 2 when he takes on Dinis Paiva.

I had the opportunity to grab a few minutes with Tony and ask him about his streak and how he sees the challenge facing him in Paiva. (Full interview below)

“I know it’s a tough fight and that’s what I want.  He and I were supposed to fight a couple of times before but circumstances didn’t allow it to happen.  I’ve watched his fights on film and he is going to make me work and I’m ready for it.”

Gravely is a terrific guy outside of the cage as well as a monster inside.  He credits his family for providing him with confidence and total support.  His parents have driven to every one of his fights and his wife is his rock.  Check him out this week as he tries to grab his third championship.  With a victory, he has to be on the short list for a call to the UFC.  He is that talented.

LISTEN TO TONY GRAVELY BELOW: 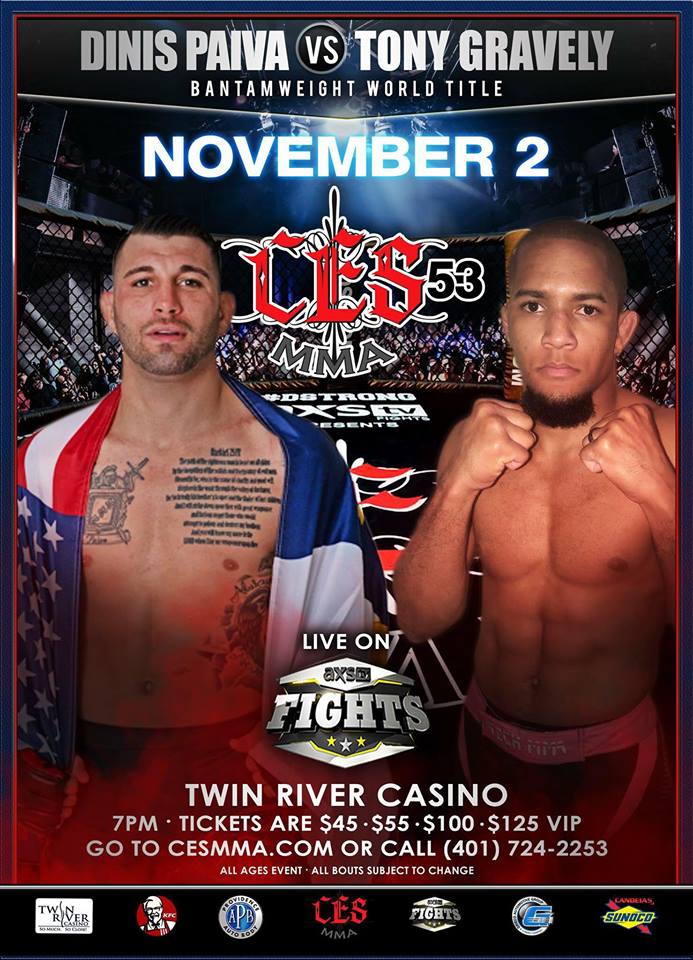