MyMMANews has your BKFC 12 results

Bare Knuckle Fighting Championship will hold a special tribute to America with BKFC 12 on Friday, September 11. The fight card will be held at the Ocean Center in Daytona Beach, Florida. ORDER HERE.

In the night’s main event on pay-per-view, Julian Lane will step up to toe-the-line on short notice against former UFC welterweight title contender Thiago Alves.

10 fights are scheduled for the event with the first fight on Saturday night taking place at 8 p.m. ET.

Download the BKTV App at BKTVapp.com to watch the BKFC 12 fight card on pay-per-view. The event will be broadcast live from Daytona Beach, Florida beginning at 9 pm ET on Friday, September 11. 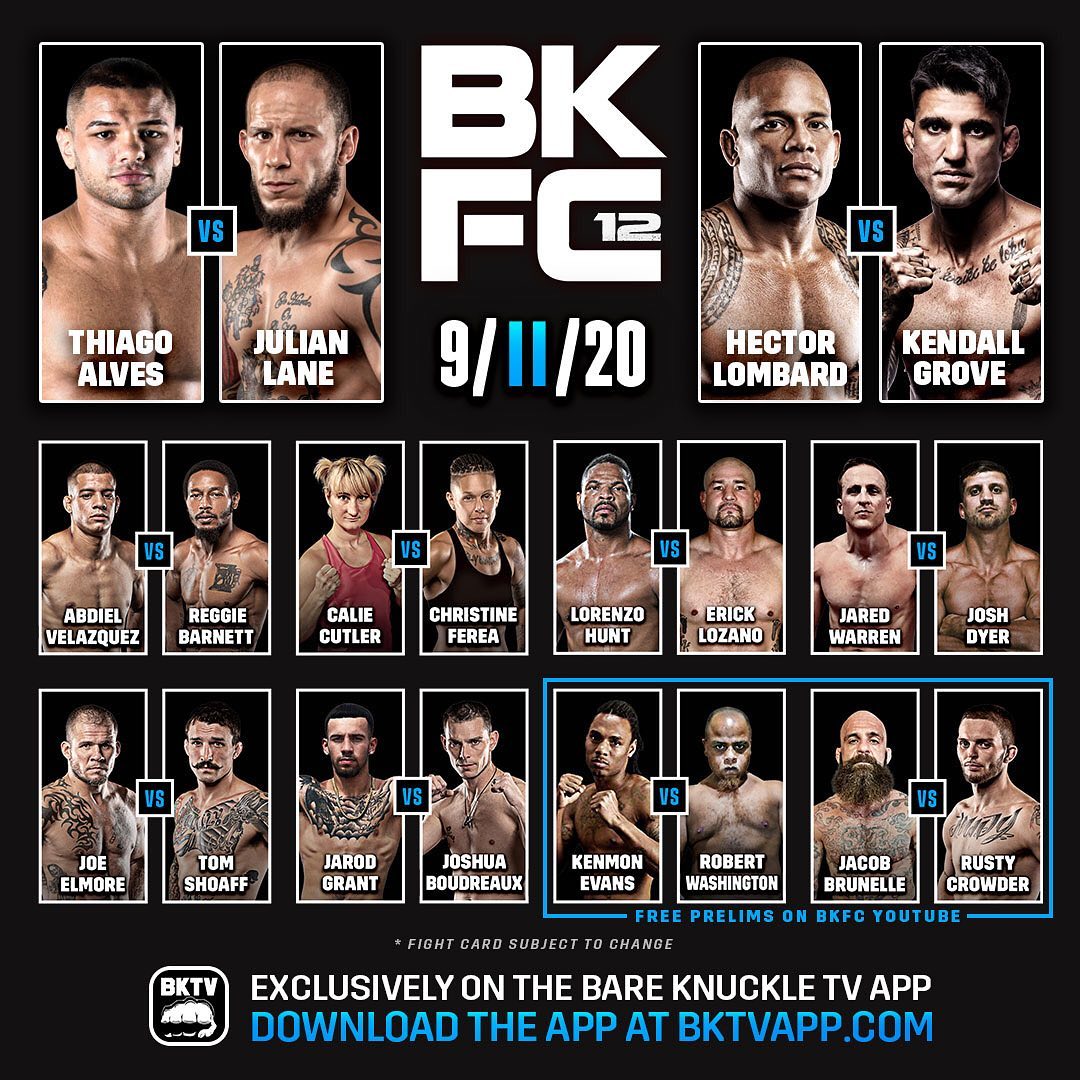 By Brian Jensen 3 hours ago

By Kyle Carroll 14 hours ago