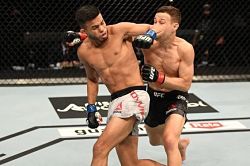 This bout really does have Fight of the Night written all over it, it’s between this one and Tim Means versus Mike Perry, most likely of course. Both Moreno and Royval do nothing but come forward, and they both have very deep skill sets.

None of us even knew who Brandon Royval was until May of this year when he made his promotional debut against former flyweight title challenger and The Ultimate Fighter 24 winner Tim Elliott, and he impressed us all in that fight, though he couldn’t have been more critical of himself. 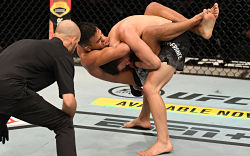 That fight was an absolute scramble-fest that saw Royval submit (arm-triangle choke) Elliott at 3:18 of round two. He’s only had one more fight on the big stage thus far, where he submitted (guillotine choke) Kai Kara-France just 48 seconds into round two.

This is one of the best six-minute fights we’ll ever see! It was non-stop action right from the start. Kara-France dropped Royval early in round one, before he ran right into a spinning back elbow from Royval, being stunned himself. 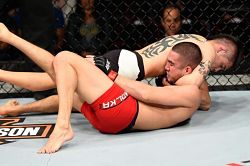 The rest of the fight saw Royval walking Kara-France down, being as rangy, and as active as possible, leading up to the submission finish.

Brandon Moreno is another one of the brightest prospects, now contenders in the sport of mixed martial arts.

He initially went 3-0 inside the octagon, defeating the likes of Louis Smolka (guillotine choke), Ryan Benoit (split decision), Dustin Ortiz (rear naked choke), becoming the first man to finish both Smolka and Ortiz. He then lost his next two-straight to Sergio Pettis and Alexandre Pantoja, both via unanimous decision. 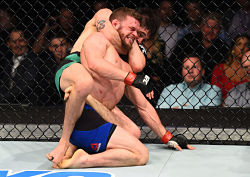 We saw improvements in his Pantoja fight, he was finished late in round two of his fight with Pantoja on The Ultimate Fighter.

Pantoja wasn’t able to finish him this time around. Nonetheless, he got cut after this, surprisingly, but that’s when the UFC was considering getting rid of the men’s flyweight division.

Moreno fought once outside the UFC after being cut, where he won the LFA Flyweight Championship via TKO at 1:54 of round four, before being resigned. 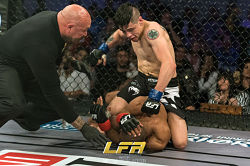 Upon return, he battled Askar Askarov to a draw, before winning unanimous decision victories over Kai Kara-France and Jussier Formiga.

Moreno also won the WFF Flyweight Championship before joining The Ultimate Fighter, that season being a season of champions, and he defended it three times before coming over.

Royval won the LFA Flyweight Championship, the same title Moreno vacated in order to resign, before joining the UFC.

His last defeat comes to now UFC talent Casey Kenney via unanimous decision in his first title shot with LFA, but he was able to capture the belt in his last promotional appearance. These are two of the best, most entertaining, volume-based fighters in the sport today, they’re both so fun to watch. 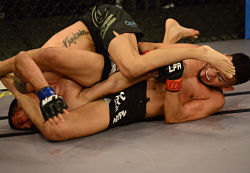 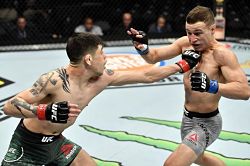 Initially, Moreno was scheduled to face Alex Perez on this same card, when former UFC Bantamweight Champion Cody Garbrandt was getting the flyweight title shot against Deiveson Figueiredo. Honestly, it’s a good thing it worked out this way.

Garbrandt should have to prove himself at 125 lbs first. It’s not like when TJ Dillashaw went down to face Henry Cejudo in January of 2019, he was still the champion at 135 lbs. 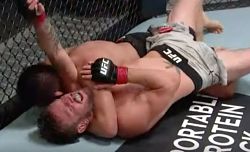 Garbrandt finally ended his three-fight skid earlier this year, a three-fight knockout skid mind you. Do we really want to see a potential of him going 1-4 in his last five after opening his career out at 11-0, having defeated the greatest bantamweight of all time?

Instead, Perez was given the title shot in Garbrandt’s absence, and Moreno versus Royval was booked considering. Thank you UFC, seriously, this is one of the best match ups we’ve had the pleasure of witnessing. This fight is going to be absolute fireworks!

Who wins this epic flyweight, potential No. 1 contender clash?