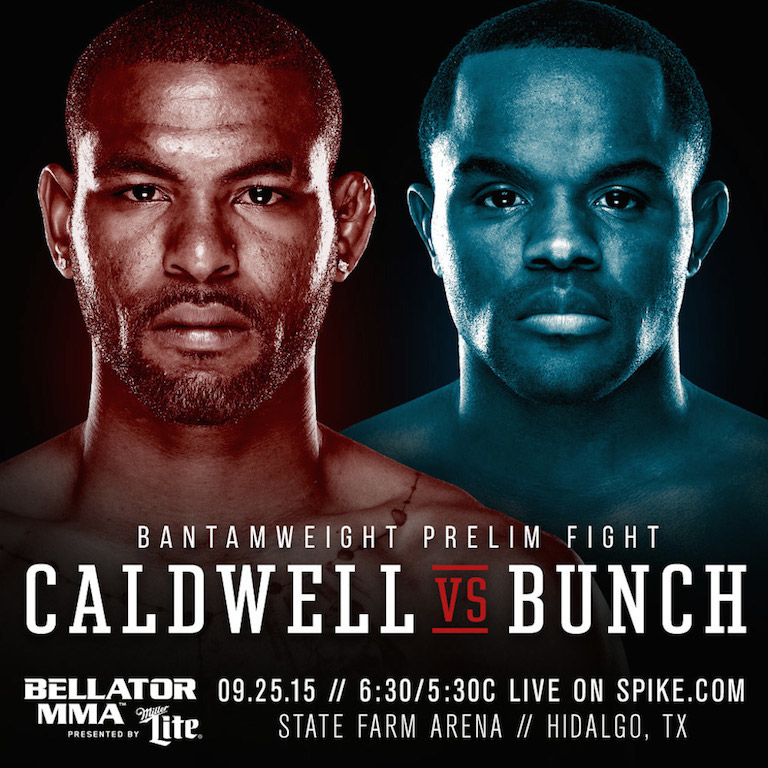 Not one, but two must-see bouts have been added to the preliminary portion of “Bellator 143: Warren vs. Davis” on September 25 at State Farm Arena in Hidalgo, Texas, with the addition of undefeated Darrion “The Wolf” Caldwell (7-0) versus Shawn Bunch (4-1) and heavyweight action seeing Chase Gormley (12-4, 1 NC) against Dan “The Man” Charles (9-3).

The contests will take place during the prelims of “Bellator 143: Warren vs. Davis,” which airs live on Spike at 9 p.m. ET/8 p.m. CT, while the opening portion of the event will stream on Spike.com at 7 p.m. ET/6 p.m. CT.

Tickets for “Bellator 143: Warren vs. Davis,” which start at just $20, are on sale now at Ticketmaster.com and the State Farm Arena box office. Doors for the event open at 5:00 p.m. CT local time, and the first contest takes place shortly after. Additional preliminary bouts will be announced shortly.

Caldwell remained undefeated with an impressive unanimous decision win over Rafael Silva at “Bellator 137: Halsey vs. Grove.” The standout collegiate wrestler has made it clear that he hopes to have Bellator MMA championship gold on his mantle before the year is out. “The Wolf” plans to remain at bantamweight for the foreseeable future even though he was unbeaten at 145-pounds as well.

Standing opposite of Caldwell will be Bunch, a 32-year-old Ohio native who has seen all six of his professional fights take place in Bellator MMA. A member of American Kickboxing Academy in Northern California, “Bunch The Great” wants nothing more than to give Caldwell his first defeat as a pro.

Dan Charles will return to action for the first time since his matchup with Bobby Lashley at “Bellator 138: Unfinished Business,” a bout that “The Man” took on short notice after James Thompson was forced out due to injury. The 29-year-old will be making his fifth appearance under the Bellator MMA banner and has earned victory via finish in seven out of nine wins.