247 Fighting Championships returns to the greater Pittsburgh area this weekend, as Brawl in the Burgh 15 goes down at the Monroeville Convention Center in Monroeville, Pennsylvania.

Headlining the fight card in the night’s only pro bout are two fighters who are looking to stand out and earn a signature win, as the hometown favorite Chaka Worthy faces Calvin Harbaugh in a 140-pound catchweight affair.

Worthy (4-6) looks to snap a three-fight losing streak when he steps into the 247 FC cage for the first time since a highlight reel knockout victory over Mike Johnson at Brawl in the Burgh 7 in May 2021. The younger brother of UFC veteran Khama Worthy, Chaka saw his brother retire after a tough victory over Josh Rohler in October, so he’ll now carry the mantle for the family name in the sport of MMA.

Harbaugh (4-4) comes in from Michigan looking for his third straight win. The two-time LFA veteran is a lifelong martial artist, and all four of his wins have come via first round stoppage, including three submissions. He’s already 2-0 on the year with a pair of wins in his home state, and he looks to close out the year with an unblemished record.

In the co-main event, a pair of fighters with plenty of experience will square off in a 140-pound catchweight amateur bout. Pittsburgh’s own Miguel Francisco looks to notch his third win in a row when he faces West Virginia’s Chance Grillot. Both fighters have matching 3-2 record and both have grappling backgrounds but like to strike.

Amateur flyweights will throw down when another Pittsburgh fighter Mason Deless welcomes Indiana’s Jalen McIntyre to the 247 FC cage for the first time. Deless (5-3) looks to right the ship as he’s dropped two fights in a row after beginning his career with a 5-1 mark. McIntyre (4-2) is a high paced grappler who will finally get some action after having multiple fights cancelled in a row.

The event features a dozen bouts and will be available via iPPV at Stream247Live.com. 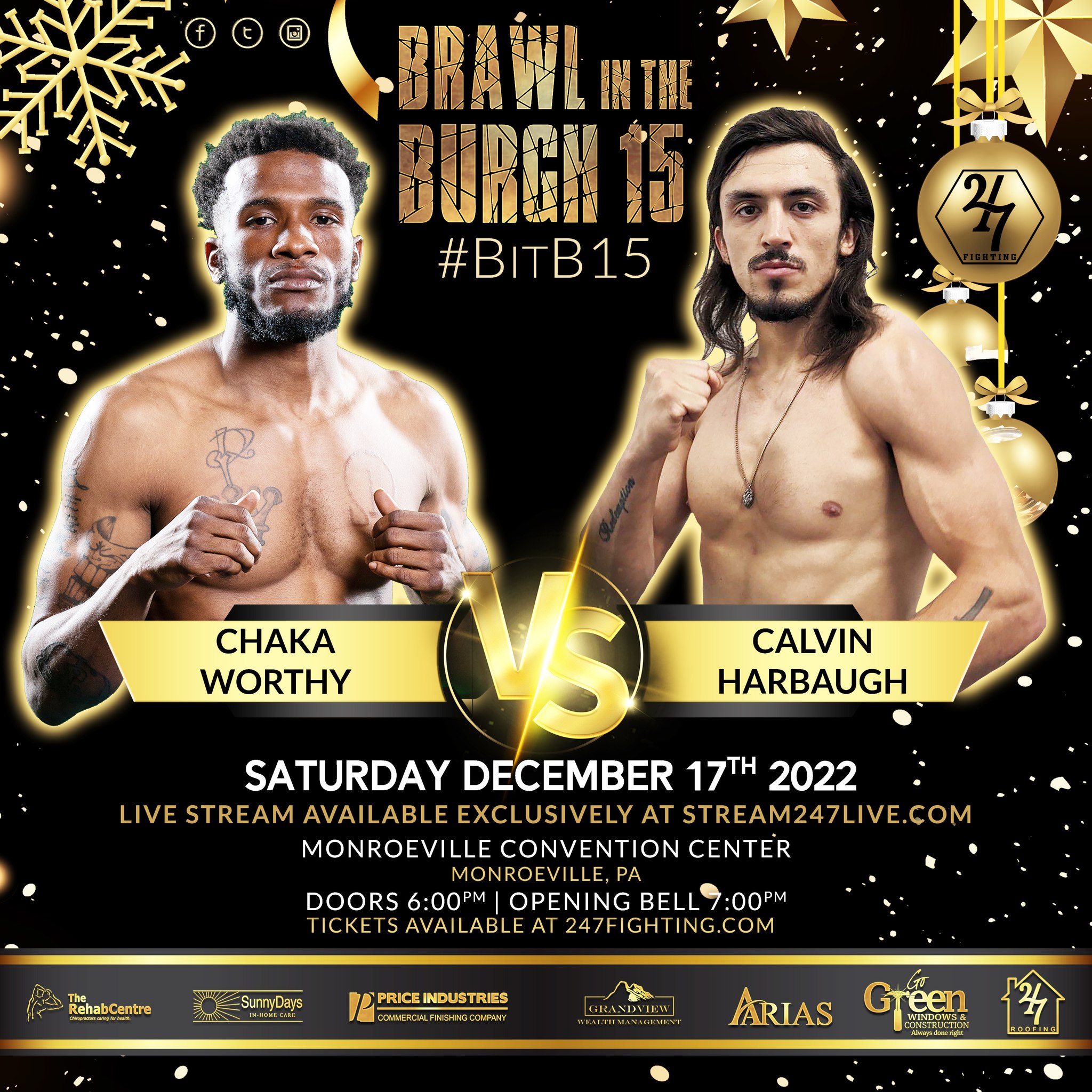