Chris Wade locks up his third trip to the Professional Fighters League Playoffs with an impressive finish.  PFL 4 is headlined by Women’s lightweights, Clarissa Shields, and Brittany Elkin. The action started with prelims at 7 pm est. on ESPN+ and the main card on ESPN2 at 10 pm est.

In the first bout of the evening at PFL 4, Wade went to battle with Arman Ospanov. It was simple, Ospanov was making his PFL debut and was in a win-or-go-home situation. Wade locks in a trip to the PFL playoffs with a finish. Wade and Ospanov wasted no time getting after each other.

The first round was filled with back-and-forth action as each fighter mixed up the grappling and striking combinations, which entertained the fans. After a strong round which was scored in favor of Arman according to PFL’s Fighter Performance Rating, 52-42.

Round two was a wild one as it almost appeared as if Wade was clipped by Ospanov. Though Long Island’s own showed why Strong Island is a thing as the Long Island MMA fighter ate numerous strikes to the face and kept pressing forward. In his twenty-fifth bout, Wade earned his first TKO finish. Wade landed a right-leg head kick wobbling his foe and landed a couple of left hands that face-planted Ospanov into the canvas. 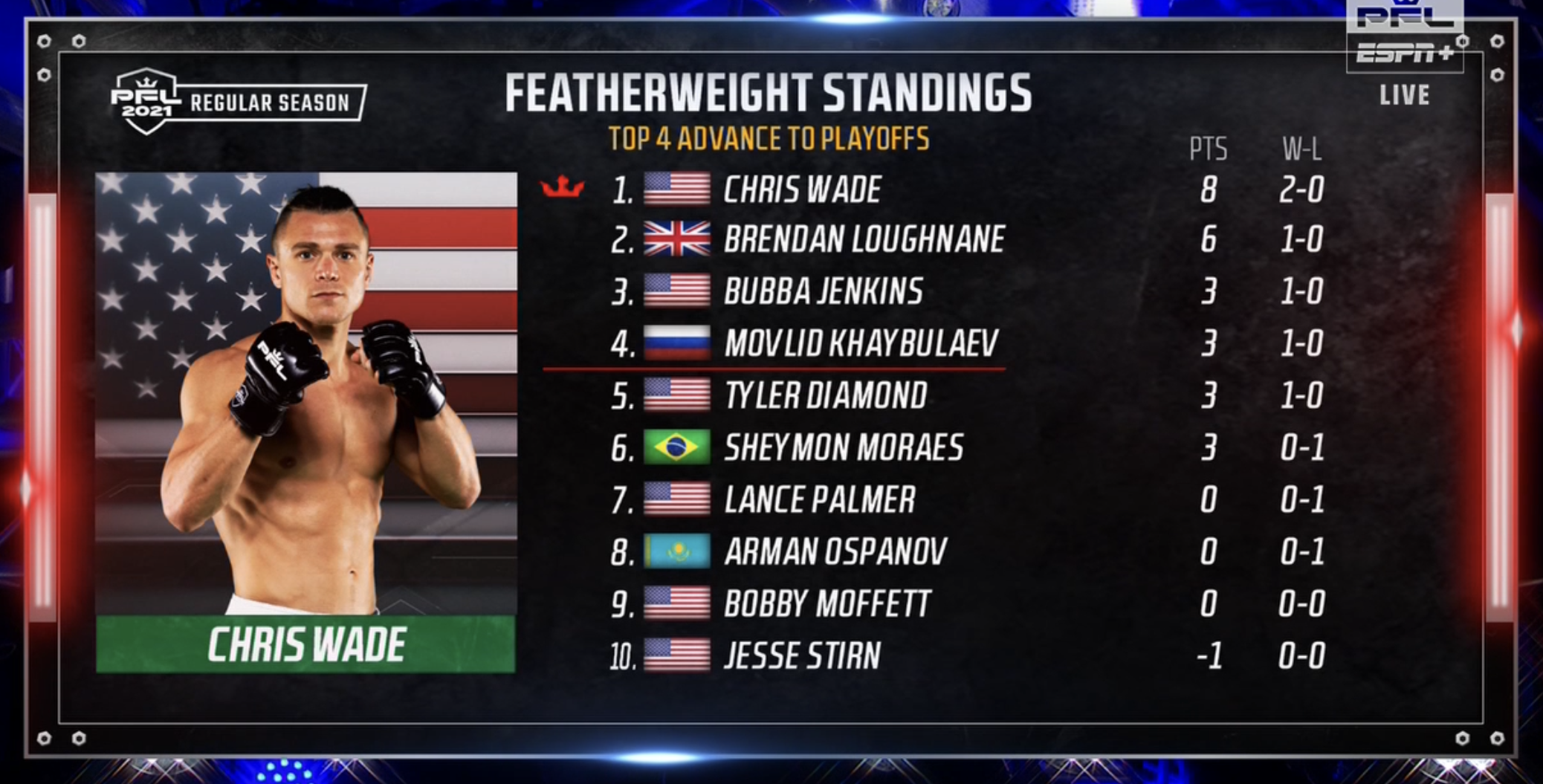 Wade earned 5-points in addition to the 3 points he already accumulated from his first victory, securing his spot in the PFL playoffs. This makes it Wade’s third trip in three seasons to the playoffs and now he’s become a three-time semi-finalist in the PFL.  Wade improves his career record to 19-6 overall and 2-0 in the PFL this season.

Wade displayed great mental and physical toughness in the second round before capturing the finish.

The next time Wade steps into the cage will be in the semi-final matchup with the opponent still unknown, on Friday, August 13, on ESPN2.

Official Decision: Chris Wade def. Arman Osponov via Knockout in round 2, at 2:18.

CHRIS WADE FACEPLANTS ARMAN IN THE SECOND ROUND!!!