It may seem a little strange and there are not many answers to provide right now, but the big question is, “Did Conor McGregor just retire from mixed martial arts?” and if so, “Why?” 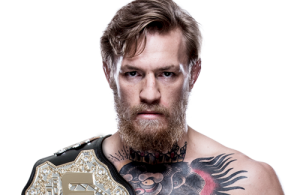 McGregor went to Twitter today where he stated:  “I have decided to retire young.  Thanks for the cheese.  Catch ya’s later.”

I have decided to retire young. Thanks for the cheese. Catch ya’s later.

It is still uncertain what exactly this cryptic tweet means, if anything at all.  McGregor, 27, is the current UFC featherweight champion, capturing the title in December from long reigning-champ Jose Aldo.

McGregor is one of the most recognizable figures in the sport, where he has earned millions of dollars in earnings in comparison to his peers.

He is currently scheduled to rematch Nate Diaz in the main event at UFC 200 in July, after being submitted in their first outing on March 5, at UFC 196.  If McGregor retires as the tweet states, he will leave the sport with a 19-3 professional mixed martial arts record.