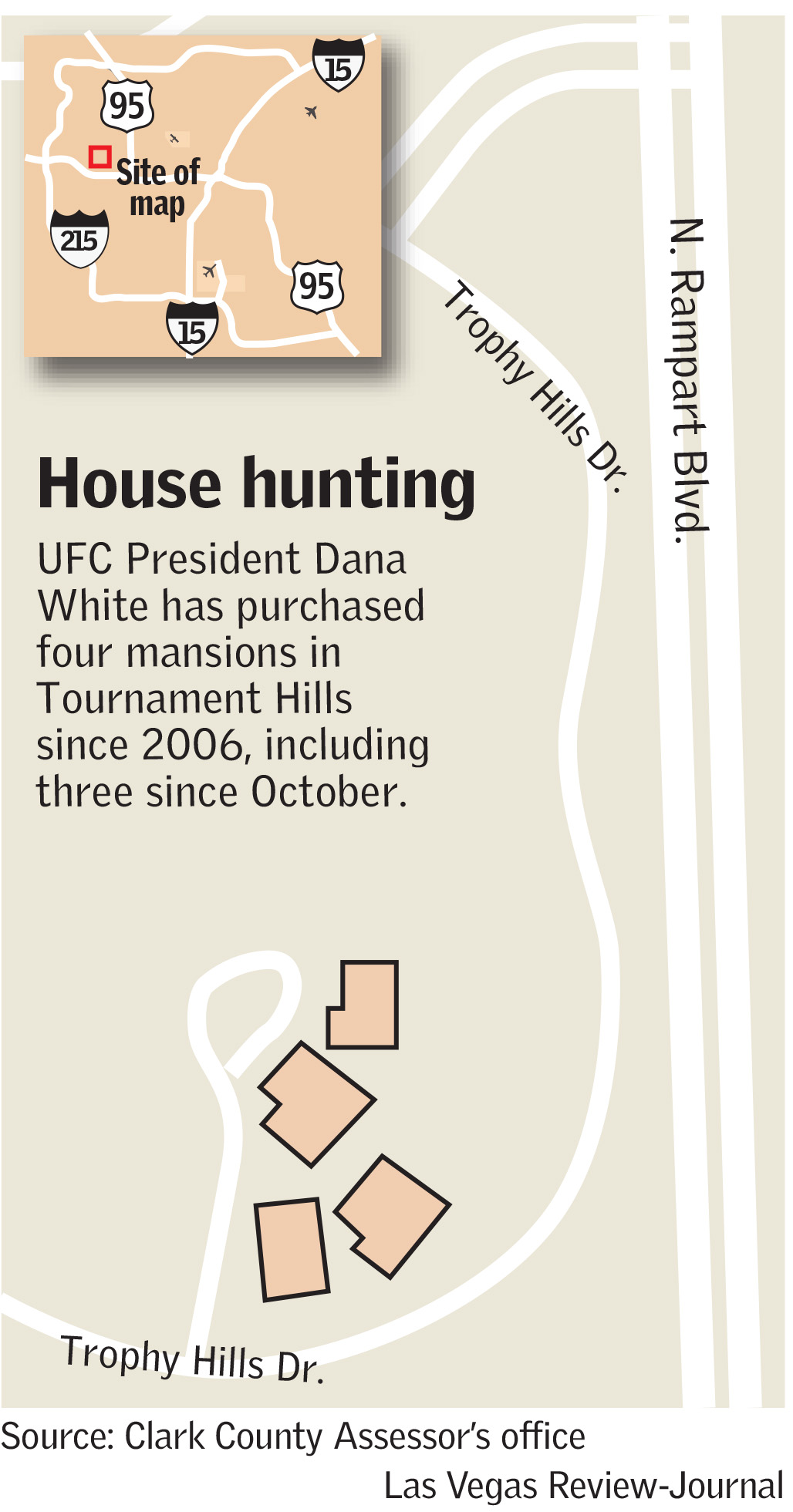 What does the UFC boss need three Las Vegas mansions for?

According to the report all three homes are within walking distance of one another, right off Tournament Hills Drive, near his current home on Pine Island Court.

In 2006, White purchased the first home off the Fertitta brothers (former owners of the UFC) for $1.95 million.

Reports also show that demolition permits were issued in November for four homes on the block.

White and the Fertitta’s purchased the UFC in 2001 for $2 million.  They estimated losses of more than $40 million before taking off in 2004 with the hit reality series ‘The Ultimate Fighter.’

In 2016, the Fertitta’s sold their investment to talent agency, WME-IMG for $4 billion.