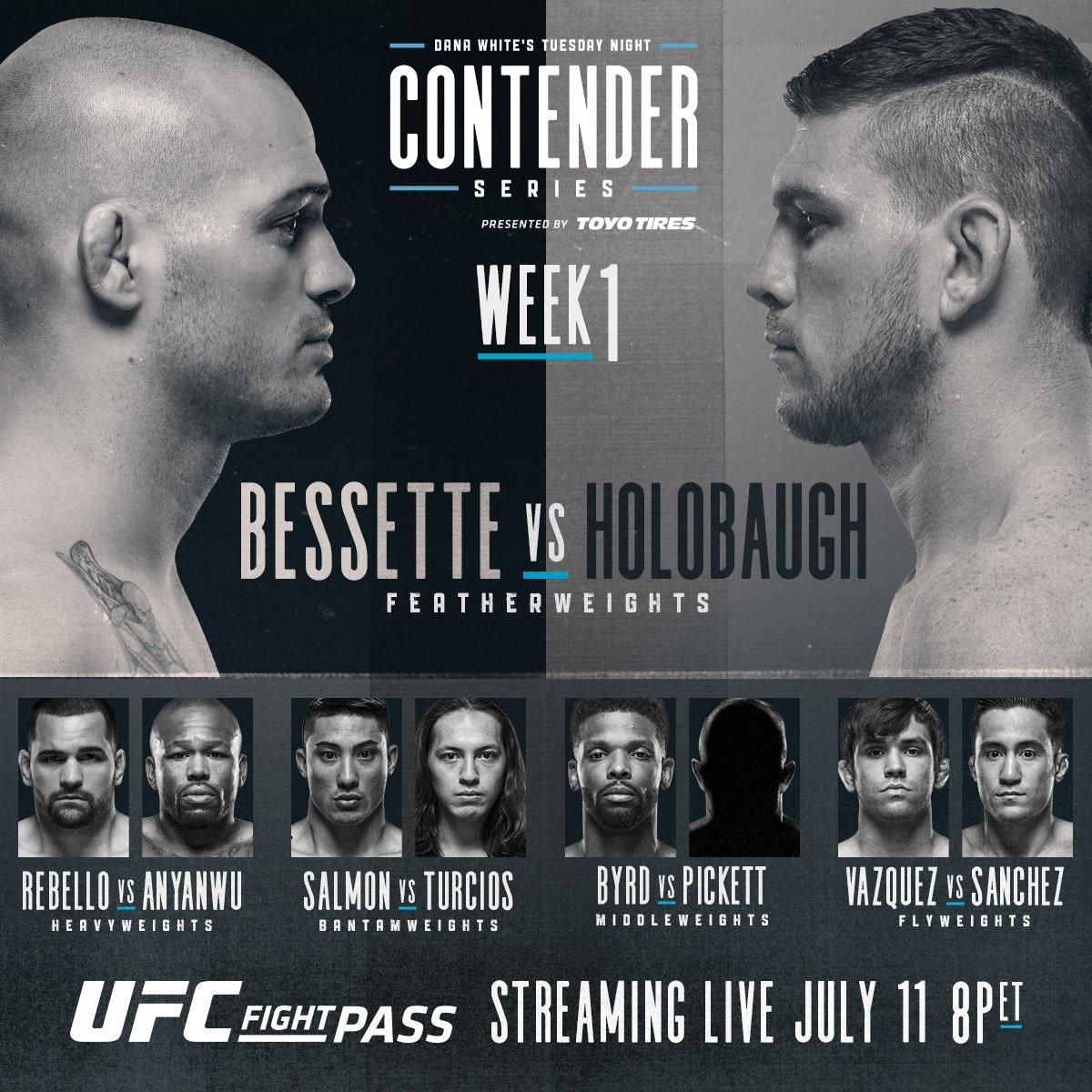 Holobaugh may have never looked better.  He took the fight to Bessette early on and finished the fight with a knockout in the first round.

The co-main event saw CES heavyweight veteran Greg “Ribz” Rebello taking on CFFC heavyweight Champion Azunna “Zulu” Anyanwu.  These two big boys threw down but it was Zu who was able to connect with the crushing blow that put Rebello down in the second round.

The knockout was Zu’s second in front of UFC President Dana White, and despite that, Dana still did not pick him up.

The two fighters that earned a contract are Holobaugh and Boston Salmon.

No scores were read during the decisions.