While listening to the Snoop Cast, commentators UFC Hall of Famer Urijah Faber and Snoop Dogg were not very impressed with any of the fighters in the opening three contests.  It will be interesting to see which fighters if any earn UFC contracts tonight.

Then came Grant Dawson, a prospect under UFC fighter James Krause.  Dawson finished Adrian Diaz via rear-naked choke in the second round.

In the evening’s main event Charles Byrd defeated Buddy Wallace, his second trip to the Contender Series in six weeks and he earned his second win on the show.  He won several weeks ago but did not earn the contract.  Will a second win tonight earn him the spot?

Jamie Colleen of Philadelphia, Pennsylvania took on Tiffany Masters out of Fond du Lac, Wisconsin was the first female fight of the series six weeks in.

Colleen won the fight via third round armbar. 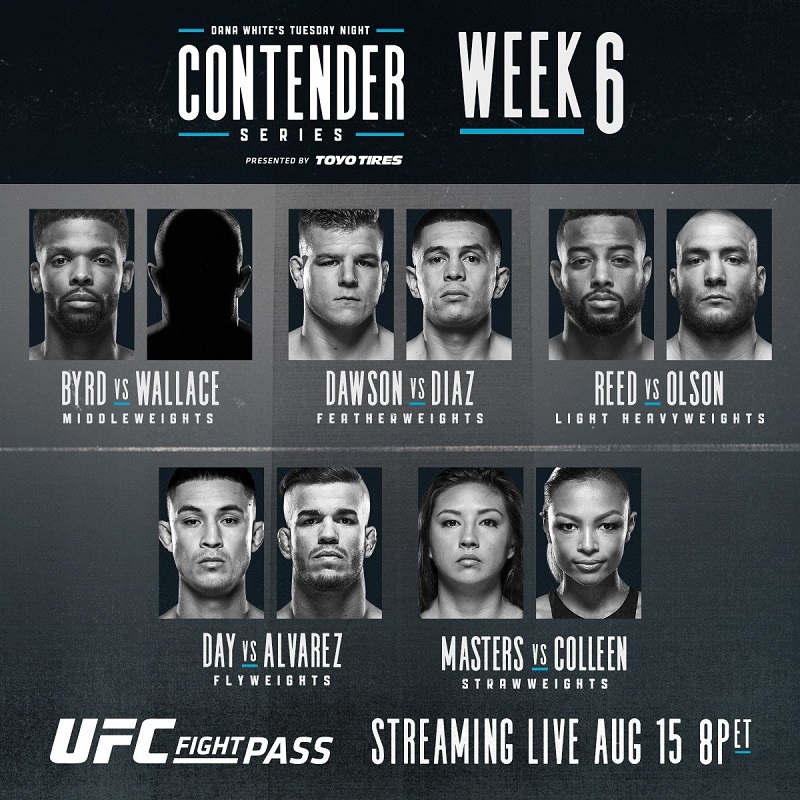 By Chinyere Okafor 11 hours ago