DWTNCS continues with ten more competitors each in search of a UFC contract while fight in from of UFC President Dana White and matchmakers Sean Shelby and Mick Maynard.

This eight week will wrap up season one of the show and it likely couldn’t have come at a better time as one of the show’s commentator’s, rapper Snoop Dogg has come under fire for recent remarks about UFC lightweight champion Conor McGregor.

Snoop Dogg, who commentates alongside UFC Hall of Famer Urijah Faber, has been getting push back after a curse ridden tirade after McGregor’s loss to boxing sensation Floyd Mayweather Jr., on Saturday night.  Several UFC athletes have since called for their employer to relieve Snoop of his duties.

Lauren Mueller and Kelly McGill fought in the second and final female fight of the season.  Their contest was very entertaining to watch and it was Mueller who came away with the win.  That fight was followed by Adam Antolin and Casey Kenney.   Antolin ended up getting the split decision win however that decision did not sit well with Dana White.

Crowder, Mueller, Frevola, all earned UFC contracts tonight.  Dana White said they will not give Lewis a contract yet, however they are going to place him in a developmental league. 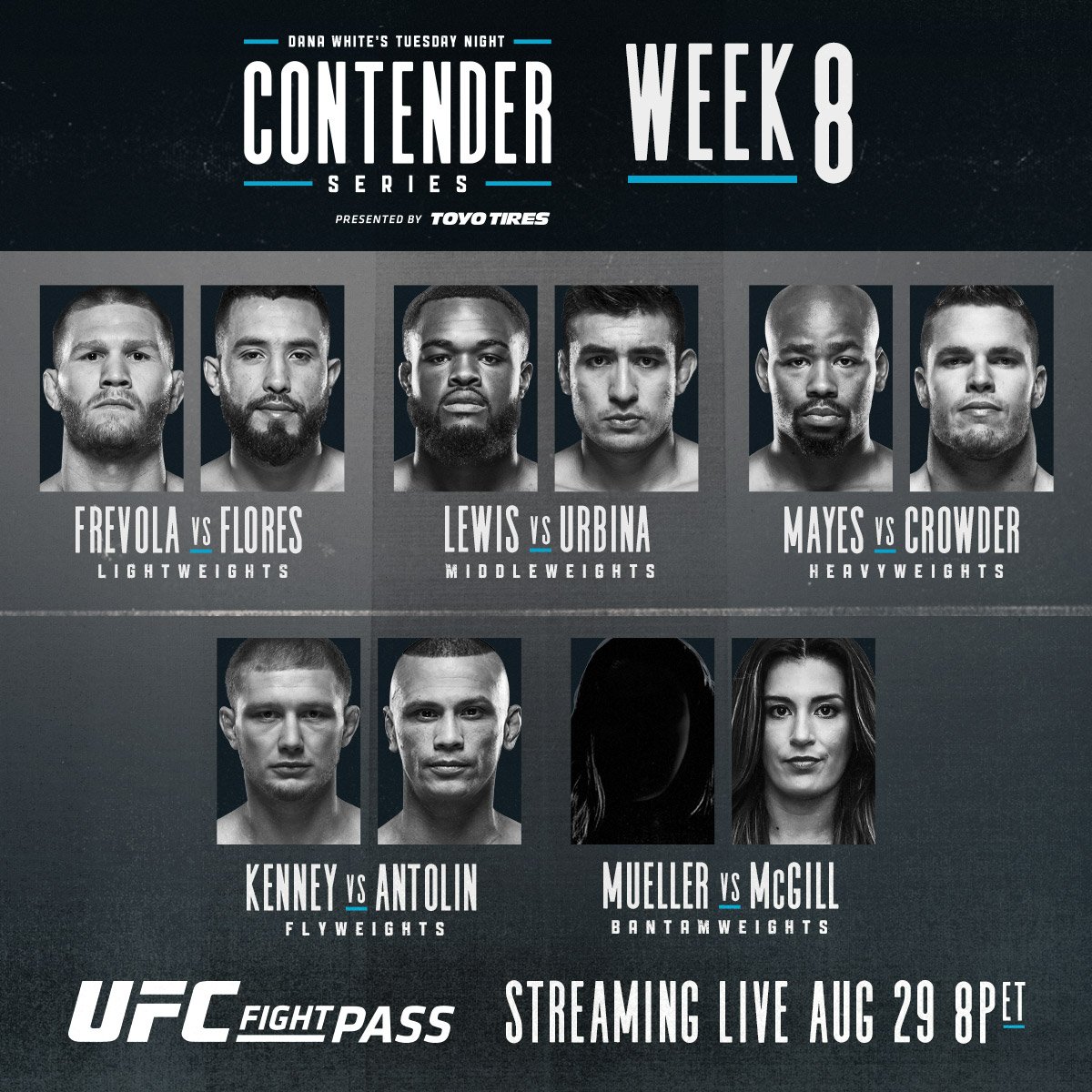