Although Dylan Mantello will be over 1,000 miles from home, fighting at Triton Fights in Florida feels like his backyard.

The New York native is the former Triton Fight amateur lightweight champion and will fight Gergo Szucs in the promotion’s first professional event on March 27. It is also Triton Fights inaugural card in the state of Florida, taking place in Plant City.

On a night dedicated to New York vs. Florida, Mantello plans to put his Long Island-work ethic on display

“Honestly, it feels like a home show for us because I fought for Triton so many times,” Mantello said.

“Being in the snow, being in New York, being in Long Island, it makes you a tough person honestly. It’s tough going to training when it’s raining and it’s snowing and you have to shovel your driveway just to get to the gym. Then you get there and you got to put in the work. That creates tough people.”

Mantello and two other teammates are just some of the athletes who will represent New York in the Sunshine State. Mantello knows what to expect during the trip after he fought in Florida for the first time last October.

On just 10-days notice, the 28-year-old put away Jake Swinney via second-round TKO at Taura MMA 11, the promotion’s first event in Florida. A limited number of fans attended the event and Mantello expects about 500 spectators to fill in the arena at Triton Fights.

Among the group are some of his friends and family coming from New York.

Gergo Szucs is training out of American Top Team in Coconut Creek, Florida. Although the Hungarian fighter is current residing in the state, Mantello is confident he will have more of a home advantage than Szucs.

“I think it’s going to feel like more of an away game for him [Szucs] to be honest,” Mantello said. “I got a  bunch of people planning vacations around coming down to watch my fight.”

Triton Fights is home for Mantello

Mantello rattled off two-straight wins for Triton Fights before earning the amateur lightweight title fight in 2018. He captured the strap by knocking out Paul Thimonte at Triton Fights 9 in September 2018.

Less than two years later, Mantello will reconnect with Triton Fights for a historic night for the promotion. Once Mantello found out the New York-based organization was putting on it’s first professional event in Florida, he never hesitated.

“There were a few other promotions that we were looking at, but when Triton reached out and said, ‘We’re trying to do a show in Florida,’ I was like, ‘Let’s do it. I don’t know when it is, but let’s get an opponent,’” Mantello said. “I have a great relationship with Triton, they put on some great fights, they put on some great shows.” 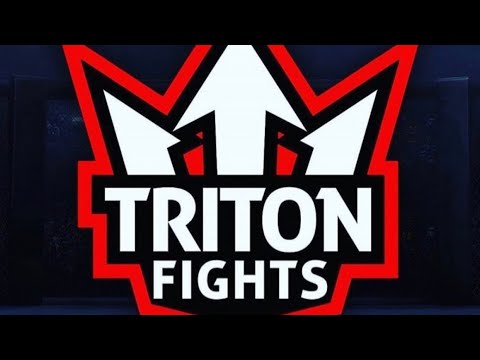 Mantello is no stranger to the South, a graduate of Louisiana State University. In fact, he started training in mixed martial arts during college. It’s also when he attended his first MMA event.

Mantello currently calls Long Island home, training out of Longo and Weidman Mixed Martial Arts. The lightweight prospect is embracing the theme of the Triton Fights event on March 27.

He is bringing New York with him to Florida in a way and plans to bring another win back to his home state.

“Our team can match up with anybody,” Mantello said. “I am honored to represent Long Island and New York, go down there, put on a show and chase my dreams.”

To see the full interview with Dylan Mantello, click on the video above.