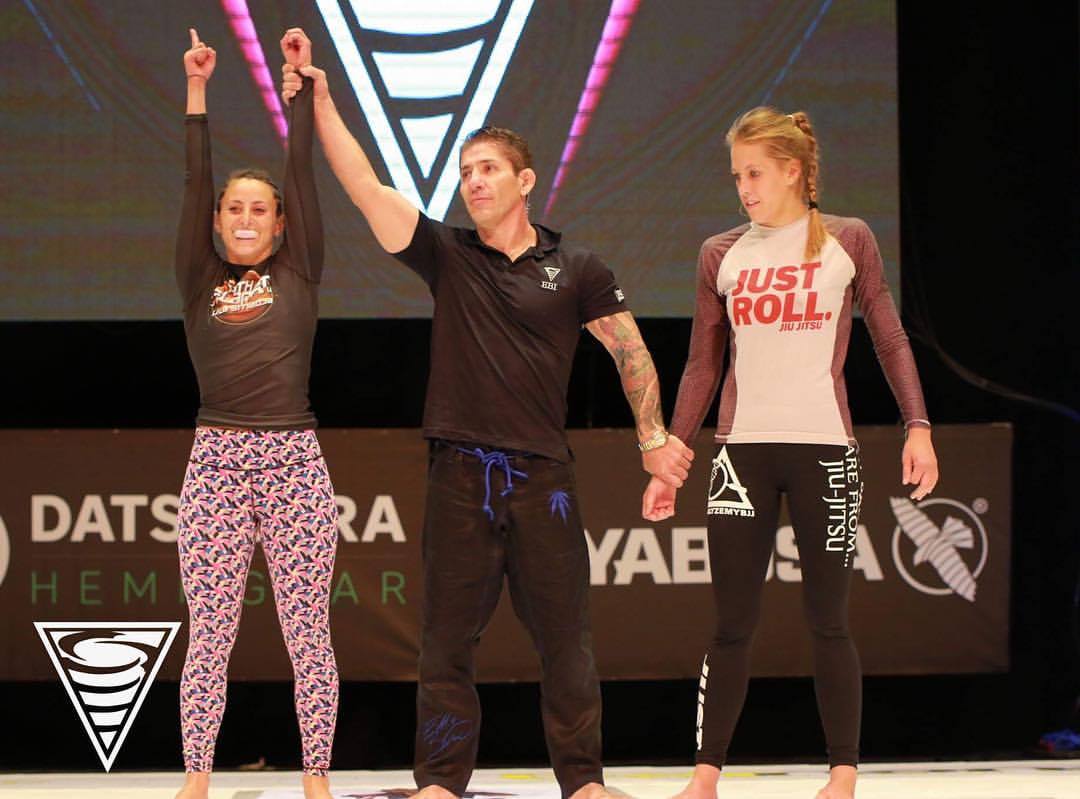 The event will feature a 16 woman bantamweight bracket, as well as two combat jiu jitsu special matches.  A full list of the competitors is below.  One of the combat jiu jitsu matches will feature Richie “Boogeyman” Martinez and Bobby Emmons in a rematch of their previous CJJ match at EBI 13.  Martinez won that bout to earn the CJJ welterweight belt, and Emmons will be looking to steal the belt from him in their rematch.  The other featured combat jiu jitsu match will be between PJ Barch, head of 10th Planet Spring Valley, and Mikey Gonzalez of Tactica BJJ.  You can stream the EBI 16 event on UFC Fight Pass or go to Inchbyinch.tv for the PPV.

The first tournament at EBI for females was back in July of 2017 at EBI 12, which featured a flyweight tournament of 16 women and a 4 woman flyweight combat jiu jitsu bracket.  Lila Smadja, Kayla Patterson and Nikki Sullivan all competed at EBI 12 in the 16 woman tournament, and Brooke Mayo competed in the combat jiu jitsu bracket, so those four will be a bit more familiar with the EBI stage and rule set than the rest of the ladies who will be making their debut.  Smadja in particular picked up a couple of very quick submission wins before falling to the eventual champion, Erin Blanchfield, in the semi finals.

Others who have competed under EBI rules on a smaller scale include Liz “Titan” Tracy from 10th Planet Portland, who earned her spot in this event by defeating 3 other 10th Planet women at the 10th Planet qualifiers.  Amanda Leve and Jessica Feliciano, the only two competitors from the east coast, have also had an opportunity to compete under the EBI rule set at 10th Planet Bethlehem’s pro invitational, the Finishers STA Sub Only.  Just one month after EBI 12’s debut of an all-female tournament, the Finishers Sub Only 4 featured their own all-female tournament at 150 pounds and under, where Leve and Feliciano met in the finals. 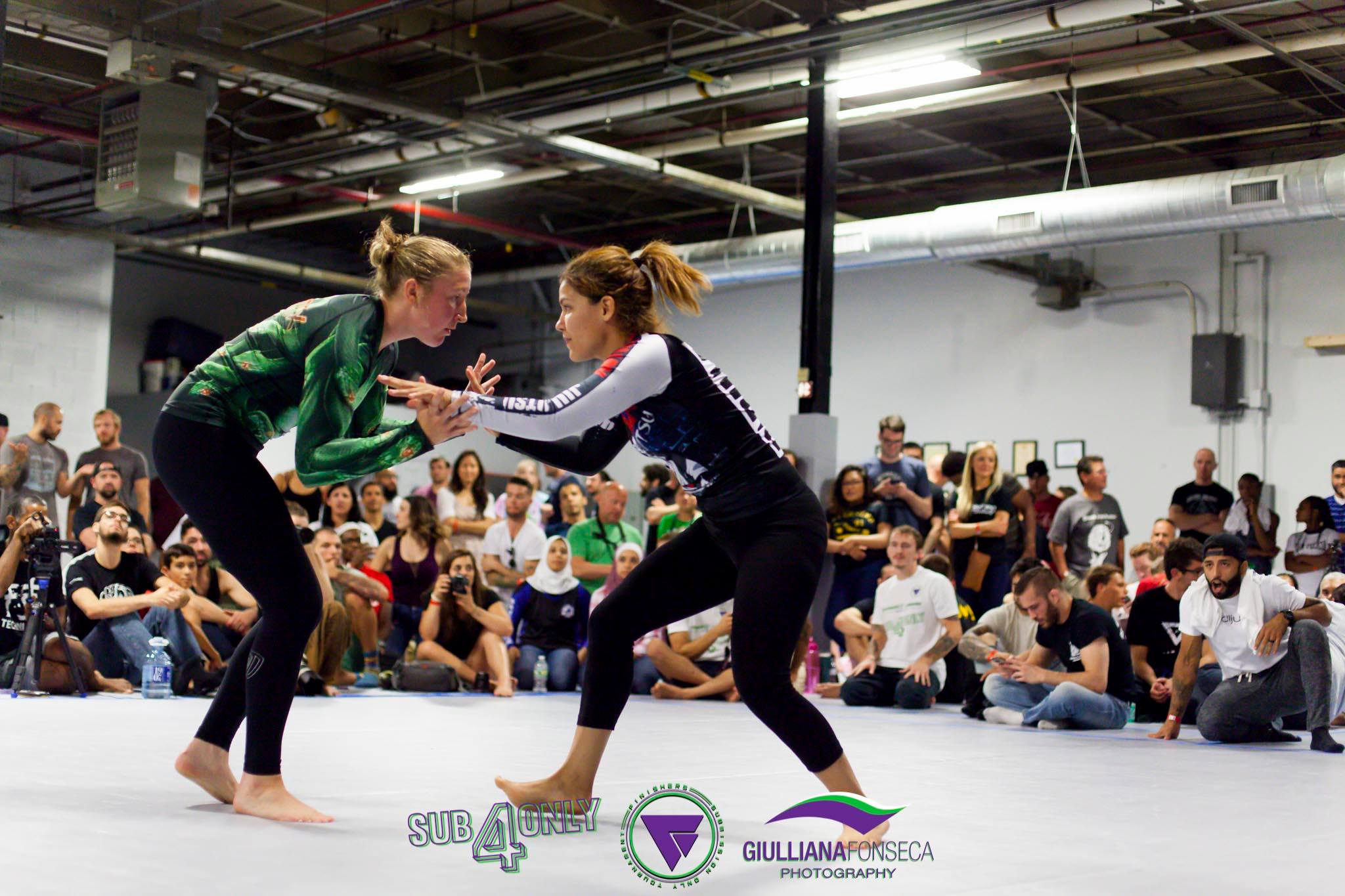 Other tournament stand outs include Bianca Basilio and Beatriz “Bia” Mesquita.  Basilio is an IBJJF Pan American champion, CBJJ South American champion, and most recently UAEJJF Abu Dhabi Pro champion, so she holds quite an impressive resume among the more traditional jiu jitsu points tournaments.  Mesquita, who has been hailed as the favorite to win the tournament, likely has the longest and most intimidating competition resume.  In the past year or two alone she has become a UAEJJF Grand Slam Abu Dhabi champion, UAEJJF Grand Slam Rio de Janeiro champion, ADCC champion, and most recently, IBJJF World champion, just to name a few.  It should be intriguing to see how these two in particular adjust to the submission only format.

All of the females in the tournament are dangerous in their own way and the women are always hungry to prove themselves, so it will surely be another exciting submission only event.  This will also be the first event since upkicks have been legalized for combat jiu jitsu, so the two combat jiu jitsu special matches could end up being pretty intense, particularly with the rematch between Emmons and Martinez.  This is an event you won’t want to miss.  Check out the full preview video below.

By Bjorn Morfin 52 mins ago