A middleweight title fight is set for Maverick MMA 8 at the Econo Lodge in Allentown, Pennsylvania. The June 23 fight pairs former Ring of Combat middleweight champion Eric Roncoroni (5-4) up against undefeated (3-0) Solomon Renfro.

Renfro fought all three of his professional MMA bouts under the Cage Fury Fighting Championships banner, winning each by way of decision.

MyMMANews was able to speak briefly to each competitor about the upcoming contest.

Roncoroni, who trains under the tutelage of American Strikers coach Don Cioffi seemed to be thrilled that a fight is finally coming to fruition. After several fights were announced for the 185-pound New Jersey native, all fell off leaving Roncoroni wondering when he would step into a cage again.

“IT’S ABOUT DAMN TIME!!” Roncoroni said. “It took a young talented fighter to step up and ask for this fight and I’m all for these types of fighters and fight, especially title fights.” 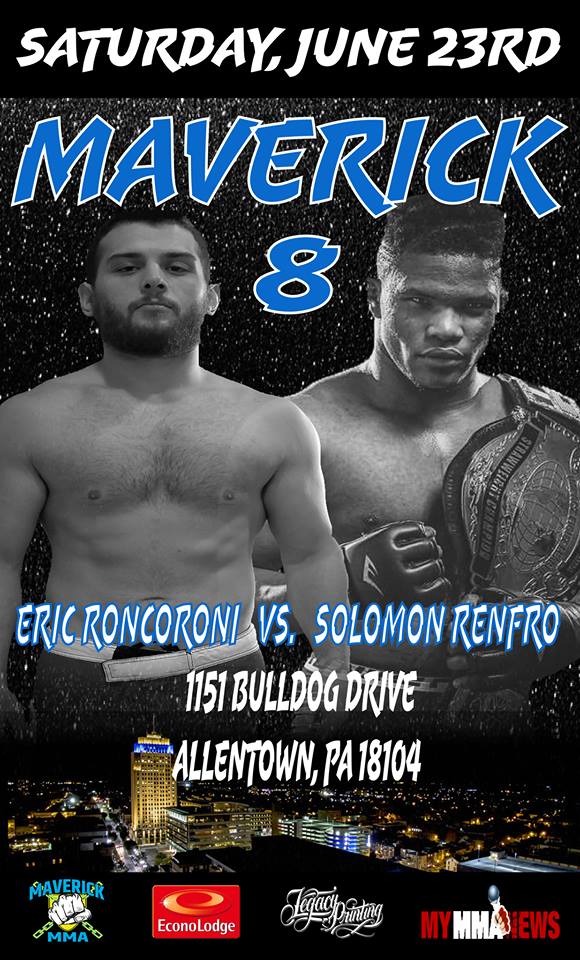 By Donal Long 39 mins ago