Erin Blanchfield is one of the most dangerous prospects in competitive jiu-jitsu.  The EBI 12 flyweight tournament winner looks to continue her dominance as she enters the realm of amateur mixed martial arts.

The 18-year old BJJ phenom will step into the cage for her first MMA fight on Veterans Day, November 11, for Aggressive Combat Championships.  I had a chance to speak with Blanchfield prior to her debut at ACC 17 to find out a little bit more about her decision to move to MMA after finding success on such a high level grappling tournament.  While BJJ is her bread and butter it is not where her roots in combat sports began. 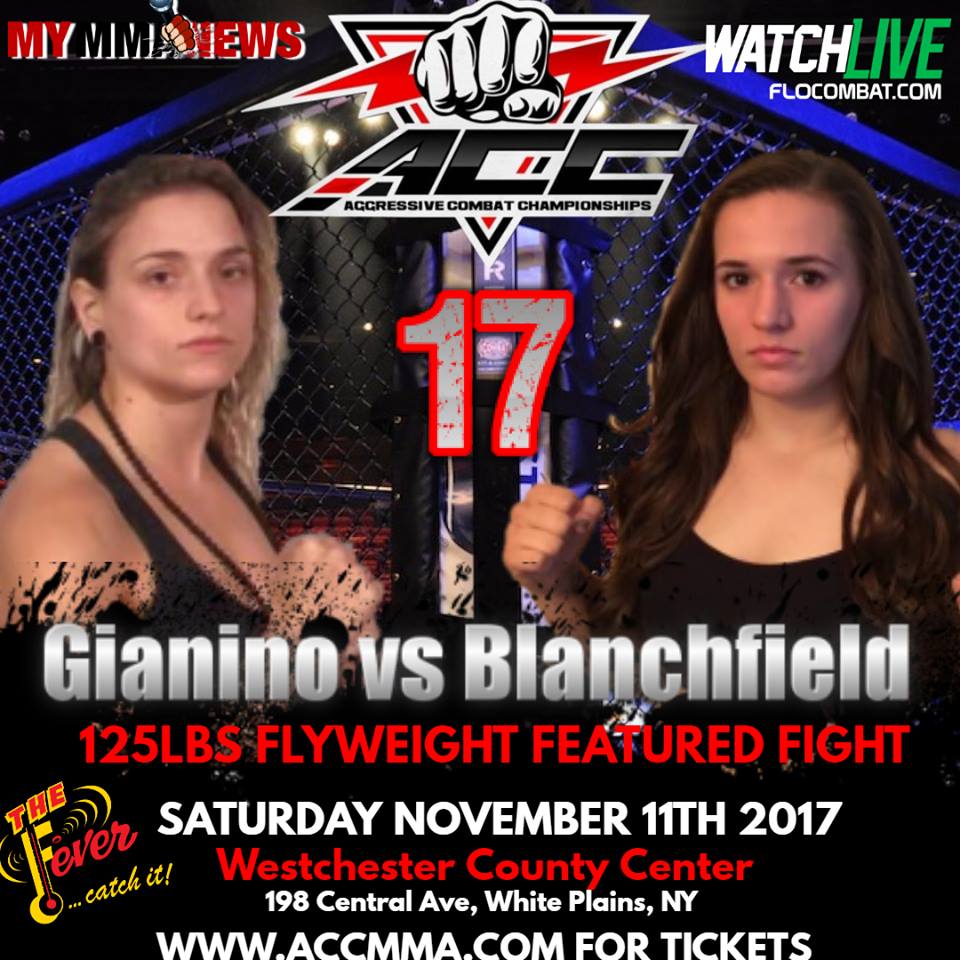 “When I was 13 or 14, I had my first kickboxing fight.  I always loved fighting after that,” Blanchfield said. “I always wanted to do MMA but in the New Jersey/New York area you had to be 18 before you could do MMA.  So I just kept doing the kickboxing and Muay Thai fights.  But I’ve always loved jitsu and trained jitsu too so when I heard about EBI, I really wanted to do it.  It was literally a month or two after I turned 18, so that was the perfect opportunity to do EBI, but I always wanted to do MMA, so I figured right after EBI, go into MMA. That was my thought process.”

EBI is featured on UFC Fight Pass.  What type of pressure did you feel going into an event of that magnitude?

Blanchfield, now a BJJ purple belt talks about training dating back to the early age of seven.

“When I was seven, my mom brought my little brother who was four at the time, to Tiger Shulmann’s and they gave me an intro class too.  From there kickboxing and no-gi jitsu, so I started training both at that time.  I was there for a while and then I went around to a few different schools until I came to Silver Fox.  I go to Renzo Gracie NYC and I’ll go to MK Muay Thai.”

With the EBI 12 win came a nice shiny belt along with $10,000 cash.  We asked the crafty submission specialist what she did with the money at the young age of 18.

“Well right now it is still in the bank.  I haven’t figured out what to do with it yet,” Blanchfield said.

She is currently enrolled in college where she is working on a major in biology so the money will help with the expensive costs of tuition.

Your opponent, Brittany Gianino, has one fight to her credit, a first round submission loss via armlock.  With you being a jiu-jitsu ace, are you looking to go in there, lock the arm up and get the win or are you looking to prove that you can do more than just grapple?

“I’ll see where the fight goes. But I feel a lot of people underestimate my striking due to me just winning the EBI.  But I don’t think a lot of people realize I’ve been striking as long as I’ve been doing jitsu.  But if the submission shows itself I will go for it right away.  Or if the striking goes well, I will stay with that.  I just want to get the finish as soon as possible and I’ll take it whichever way it comes.”

Is MMA something you want to do as a once and done and you go back to BJJ tournament or do you have to see how this fight goes? The money right now is in BJJ tournaments compared to amateur MMA 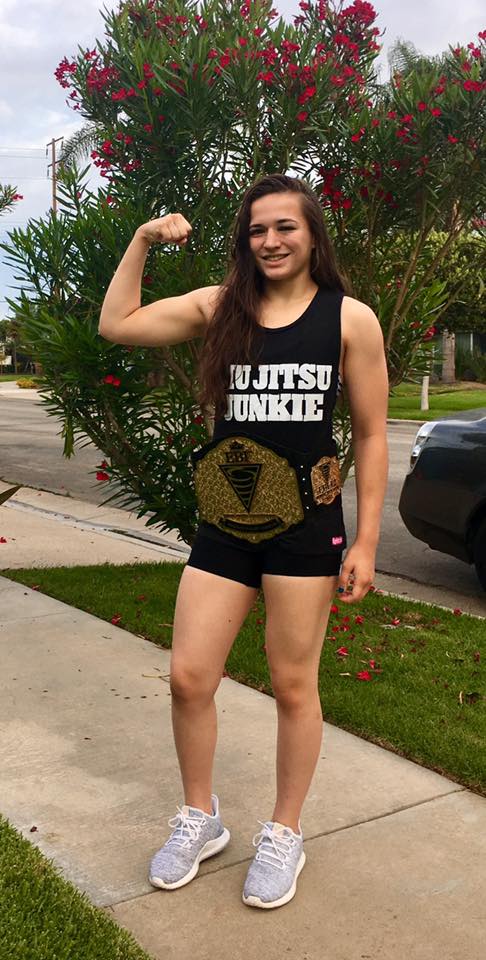 “Yeah, I’m sure right now there is more money in competitive jiu-jitsu but my plan is to go into MMA.  I want to do a few amateur fights and then go pro as soon as possible, especially with UFC just starting the 125-pound division, I think it would be a good idea for me to go pro as soon as I can.  As long as these few amateur fights go well which I think they will. That’s my plan.”

“As long as I win these next two or three amateur fights then I would go pro.  I don’t want to spend too much time in the amateurs.  I would rather just go pro and get paid for fighting too.”

“Cold Blooded actually came from my dad.  That’s the way I fought.  I always fought with no emotions and just like out there to get the finish.  He thought it was cold blooded of me, so that’s how it started and it flowed with my name.”

Management between school, training and competition

“I can see myself getting the takedown and finishing the submission pretty quickly but I guess we’ll have to see cause every fight is different.  You don’t know what to expect cause you don’t know they are planning to do.”

“I’d love to thank Silver Fox BJJ and Renzo Gracie NYC for prepping in jiu-jitsu and MMA.  And also MK Muay Thai for helping me with my stand up and my strength and conditioning.  And obviously my parents and my little brother for always being there for me and supporting me.

LISTEN TO ERIN BLANCHFIELD INTERVIEW BELOW

By Lucas Grandsire 12 hours ago

By 'Beautiful' Bob Meloni 16 hours ago

By Lucas Grandsire 18 hours ago