The bracket for the Bellator MMA World Grand Prix 2018 Heavyweight Tournament has been set.

At Bellator 192: Lima vs. MacDonald on January 20, 2018 at The Forum in Los Angeles, the tournament will begin with former champ Quinton “Rampage” Jackson (37-12) taking on renowned trash-talker Chael Sonnen (30-15-1) in an exciting first-round matchup. The event will air on the soon-to-launch Paramount Network. 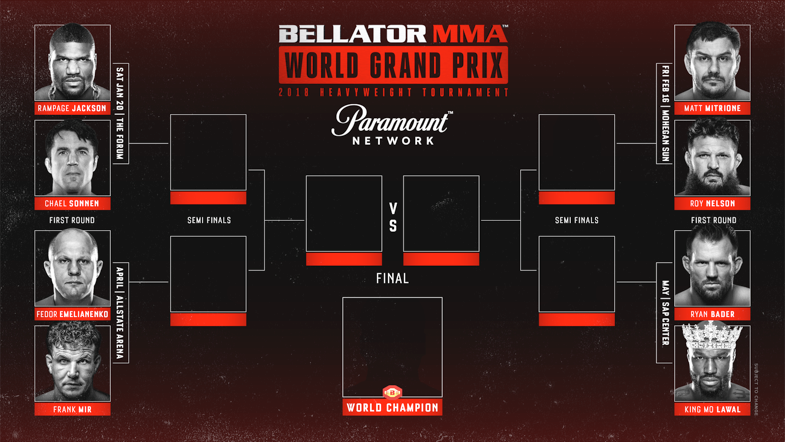 Dates for both the semi-finals and final will be determined, as will tournament alternates who will be available to fill in due to any unforeseen circumstances. The year-long World Grand Prix Heavyweight Tournament will culminate in the winner becoming the new Bellator world heavyweight champion.