Setting a standard to achieve the seemingly impossible is a mentality many competitors live by to make their purpose in Mixed Martial Arts meaningful. GCMMA 10 is another opportunity for fighters to make their mark on a worldwide televised stage. Fighting at GCMMA 10 couldn’t be more gratifying for Amateur Welterweight competitor (3-1) Douglas Freeman. Hailing from the small rural county of Seminary, Mississippi, Freeman is no stranger to combat, making him a natural fit to become a Mixed Martial Arts fighter.

It was never an easy road for Douglas Freeman. Freeman’s tough upbringing found the young Mississippian in many physical altercations and enduring his father’s death. Carrying those heavy burdens, he would channel his negative energy into a positive outlet through an enrollment into Boxing at the age of thirteen. Through his participation in Boxing, he would be introduced to his first film viewing of Mixed Martial Arts. Freeman’s spark of interest would lead him to join his first MMA gym, under the tutelage of Eric Graham.

“It was tough growing up, “Freeman told MYMMANEWS. “I was constantly getting into fights, and my dad committed suicide when I was a teenager. I needed some discipline in my life, so I joined a Boxing gym. I remember my Boxing coach showing me the Miesha Tate vs. Ronda Rousey Strikeforce fight, and all I can remember was Ronda breaking Miesha’s arm. I instantly wanted to do MMA. 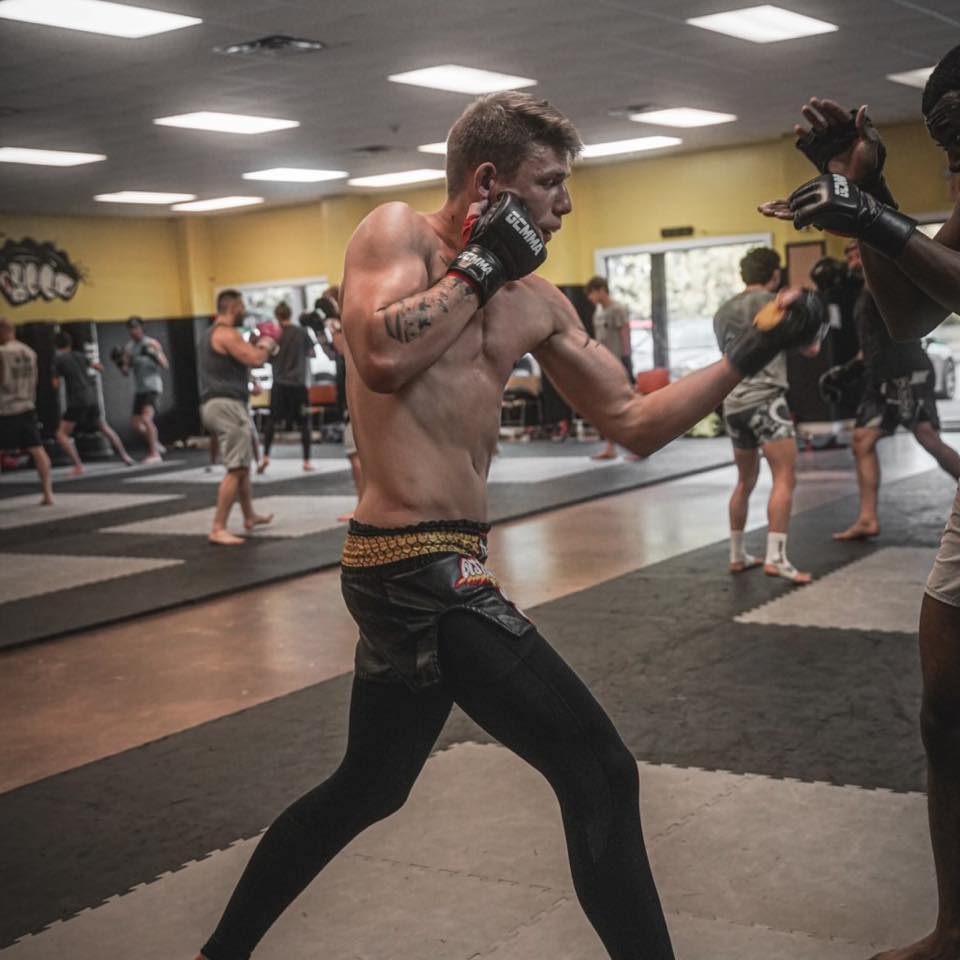 Freeman soon fell out of his MMA training routine.  However, his love for MMA would be reignited during his four-year service venture in the Army National Guard. Reuniting with his passion couldn’t be any better for the Army servicemen. Upon completing his overseas tours, Freeman rejoined his MMA coach and resumed his training, this time with total commitment. Freeman’s first MMA fight would take place on December 7, 2019. In his first MMA fight, he would score a TKO victory in the first round.

“When you are young, you never know how far you can go being an MMA fighter, as I was focused on other things like completing high school and my later duties in the military.” But, now, being back training full time and after my first fight, I realized I could definitely make MMA a full-time career.”

Being an MMA fighter is impactfully meaningful to Freeman. It has given him focus, purpose, and gratitude. Nothing can stop his drive, as every day presents another opening to evolve personally and professionally. Even during the 2020 Health Pandemic, his training couldn’t be derailed, as he created many avenues to continue his progression.

“I live and breathe this and couldn’t imagine life without it, “he said.” I am constantly writing in my fight training journal, going on my daily runs, swimming, teaching kids’ classes, participating in the BJJ classes, and doing multiple training sessions a day. It has become a lifestyle for me.” 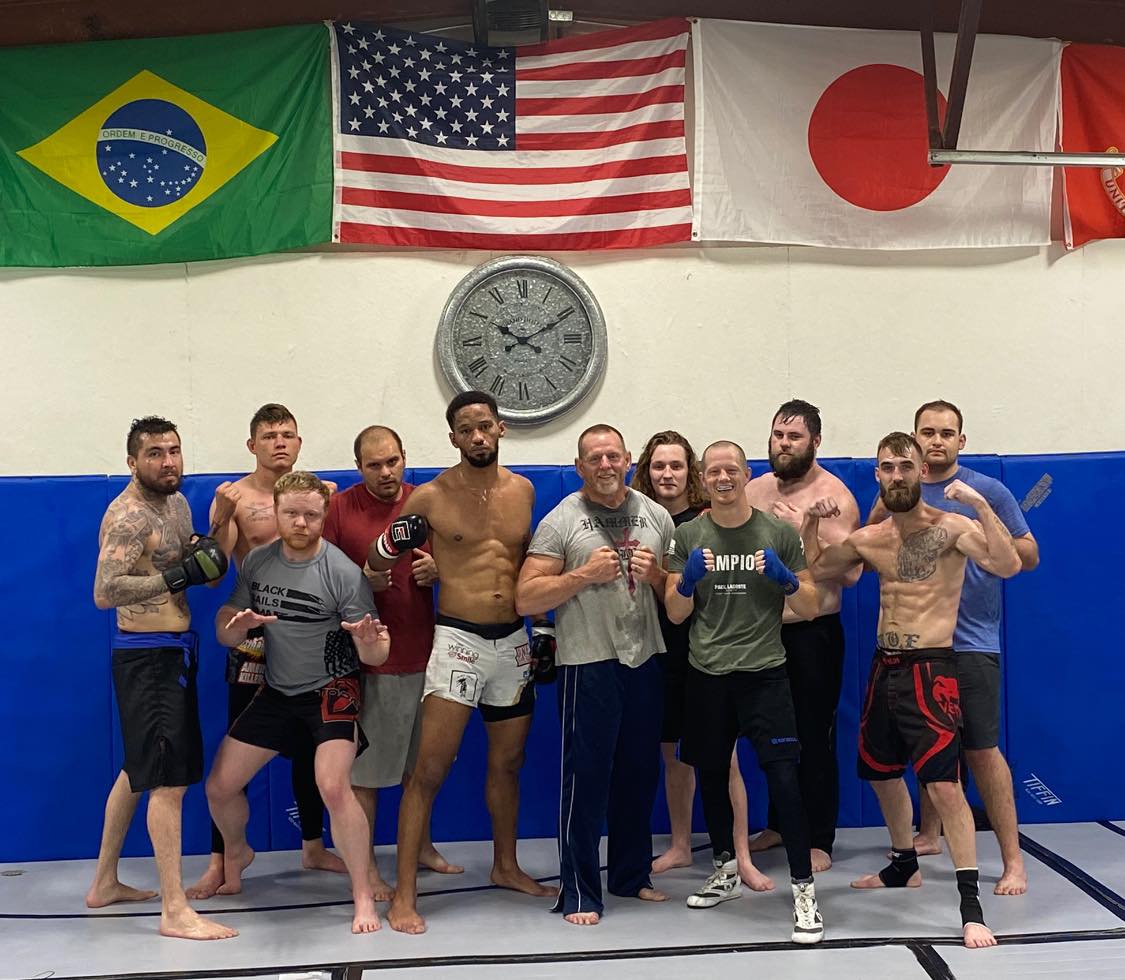 Immersed in the lifestyle, Freeman is committed to the goal of achieving greatness. Though an amateur competitor, he has already gained major buzz in his hometown of Seminary, as the hometown boy has a strong support system rooting for his success. The element of his hometown supporters and other ongoing fight spectators raises curiosity and excitement for his return to action at GCMMA 10 on May 15, as he takes on Carlton Terrance for the welterweight title. Freeman’s last fight appearance saw him losing by split decision to (2-0) Ethan Hughes. Refusing to dwell on the past, Freeman is motivated going into his upcoming fight and hopes to win the title in a decisive, dominant fashion.

“The loss to Ethan changed me for the better,” Freeman revealed. “At times I still sit at night and think about that fight. It motivated me. I am training hard and smart for this upcoming fight. No disrespect to my opponent, but I’m coming to finish the fight and knock him out.”

Only 21 years of age, Douglas Freeman is still at the infancy stage of what has the makings of becoming a flourishing future. His passion, dedication, and grit enable him to take on all the challenges MMA throws at him. As his sights are set on victory on May 15, his journey is far from over. Freeman plans to remain in the amateur division and continue to build experience in preparation to achieve greatness as a professional.

“Life is what you make it, and I’m looking to see how far I can go in MMA.” I’m just thankful to be able to be on this journey. “