CHEICK KONGO-AUGUSTO SAKAI TO FIGHT DURING MAIN CARD OF ‘BELLATOR 150: GALVAO VS. DANTAS 2’ 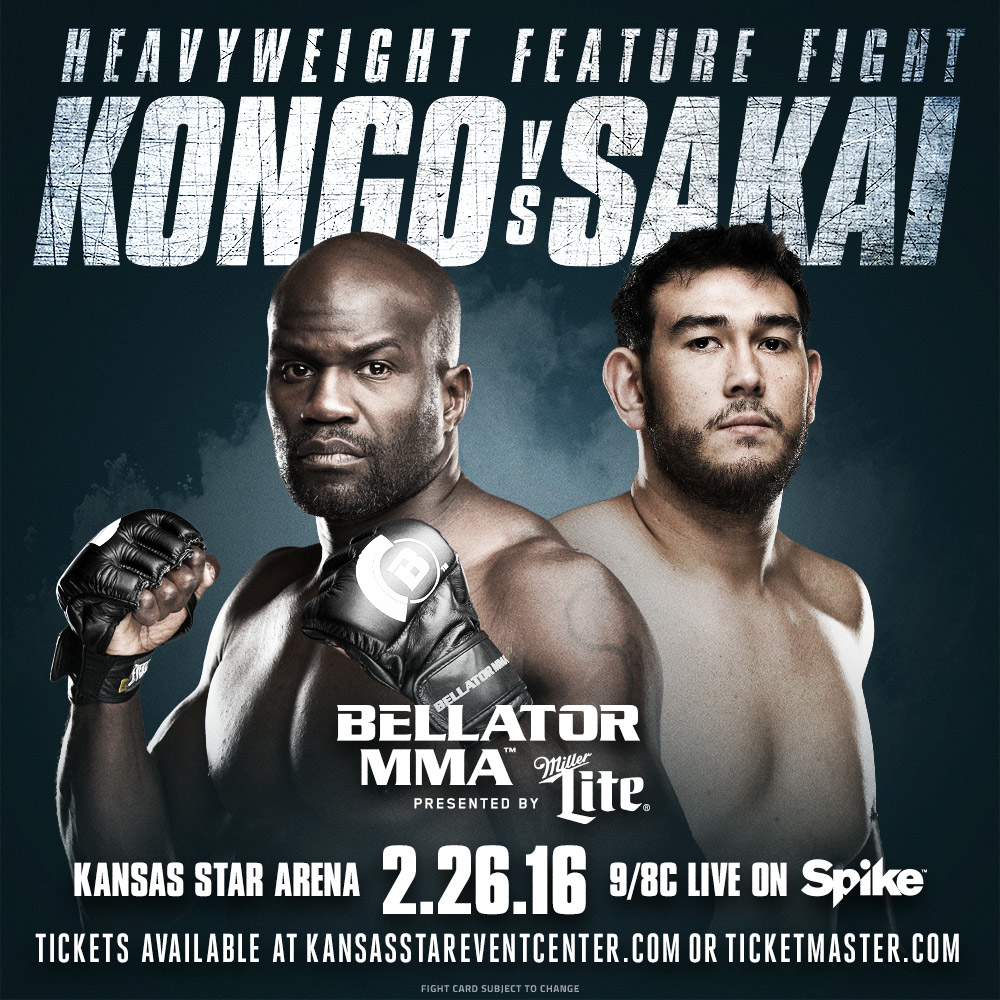 A heavyweight contest pitting Cheick Kongo (23-10-2) against the undefeated Augusto Sakai (9-0) has been added to the main card of “Bellator 150: Galvao vs. Dantas 2” at Kansas Star Arena in Mulvane, Kansas, on February 26.

In addition, Bellator MMA’s Bantamweight Championship will be on the line in a rematch pitting Marcos “Loro” Galvao (17-6-1) and former champion Eduardo “Dudu” Dantas (17-4) and hometown favorite, David Rickels (16-4, 1 NC) will return to action against an opponent that will be revealed at a later date.

The contests will take up three slots of the televised portion of “Bellator 150: Galvao vs. Dantas,” which airs live on Spike at 9 p.m. ET/8 p.m. CT, while preliminary bouts will stream live on Bellator.com and The Bellator Mobile App. Additional fights will be announced shortly.

Kongo will be making his eighth appearance under the Bellator MMA banner, looking to add to his impressive promotional mark of 5-2. The Paris native has fought a who’s who in the mixed martial arts landscape, with notable wins against Mirko Cro Cop, Pat Barry, Matt Mitrione, and Alexander Volkov already on his record. In his last outing – which just so happened to be inside the Kansas Star Arena — Kongo impressively defeated Volkov via unanimous decision.

Maintaining an unblemished record to begin his professional career, Sakai will face arguably his stiffest competition to date when he meets Kongo on Feb. 26. With seven finishes in nine outings, the 24-year-old Brazilian most recently finished Alex Huddleston at “Bellator 145: With A Vengeance.”

By Kyle Carroll 10 hours ago

By Matt Bricker 22 hours ago