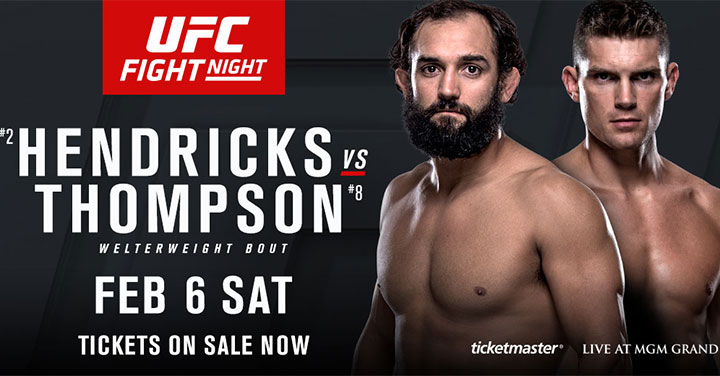 Las Vegas – UFC® announced today that its card on Saturday, Feb. 6 at the MGM Grand Garden Arena in Las Vegas will now air live on FS1 and be headlined by a five-round welterweight bout between former champion Johny Hendricks and the dynamic Stephen “Wonderboy” Thompson.

Originally scheduled as UFC 196 live on Pay-Per-View, the fight card was moved to FS1 following the loss of the heavyweight title fight between champion Fabricio Werdum and Cain Velasquez, as both competitors were forced out of the bout due to injuries.

Fans seeking ticket refunds based on the changes to the Feb. 6 card can do so at the point of purchase.