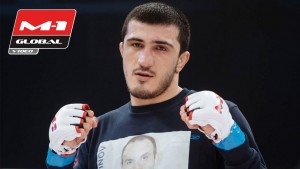 “This is a tough blow for our organization because there is only one month before M-1 Challenge 68 and we have lost one of our main event fighters,” M-1 Global president Vadim Finkelchtein said.  “It was the most anticipated fights for fans.  We still have a great heavyweight title fight between defending champion Alexander Volkov and challenger Attila Vegh and we’re looking for a suitable replacement for Emeev to fight Shlemenko.  M-1 Global has been working under a lot of pressure recently but, never-the-less, we continue to promote great events for our loyal fans.  We will do everything possible to keep our fans happy.”

M-1 Challenge 68 will be streamed live from St. Petersburg in high definition on www.M1Global.TV. Viewers will be able to watch the preliminary fights and main card by logging on to register at www.M1Global.TV. Fans may watch all of the action on their computers, as well as on Android and Apple smart phones and tablets.

By Brady Briggs 13 mins ago