The International Sport Karate Association (ISKA), the global leader in the sanctioning and regulation of martial arts and combat sports events since 1986, and the Fighters Source® Amateur MMA League (FS), the largest Amateur Mixed Martial Arts (MMA) League in the World, have joined forces in the global movement for unified amateur MMA recognition.  The ISKA will be the official sanctioning organization of FS at all League events and will work with presiding state commissions to maintain and ensure the safety, security, and overall enforcement of the Unified Amateur Mixed Martial Arts (MMA) Rules for each event held throughout the duration of the FS tournaments.  The FS Nationals and World Challenge will be fully accredited by the ISKA, making FS, not only the largest, but the only international amateur MMA League that is fully sanctioned and accredited by the top sanctioning body in the World.  This alliance will definitely set the standard and raise the bar for MMA organizations and events worldwide. 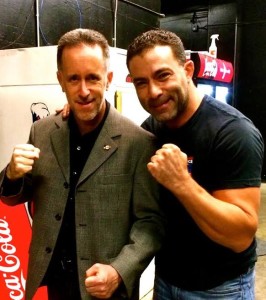 The ISKA has set an unprecedented standard while servings as the world’s most well recognized sanctioning body for combat sports and competitive martial arts. The ISKA maintains a continued commitment to training and certifying officials and updating rules and regulations while recognizing both worthy champions and world-rated contenders in more than twenty different types of martial arts and combat sports.  With sanctioned events held annually throughout the United States and in more than 50 countries world-wide, it is assured that the ISKA will bring its wealth of knowledge and understanding of proper regulation of combat sports to each and every FS event both nationally and internationally.  “We are very eager to begin advancing this opportunity to serve the sport through our association with Fighters Source,” stated ISKA President Cory Schafer.  “We share a commitment to the sport’s extraordinary athletes and their passionate pursuit.”

FS is focused on developing MMA as an international sport, from the recreational level to the elite level.  The amateur level is a vital aspect of the successful continuation of MMA.  To keep it growing, there is a need to support and highlight this grass roots movement of athletics as well as create possibilities for world-class elite athletes. In doing so, FS will give pro organizations a first look at their future talent.  As amateur MMA evolves toward being an Olympic sport, FS will be at the center of this movement, as both a showcase of future professional talent and unifying force for the sport.  With two full seasons under its belt already, FS plans to work with ISKA’s international affiliates towards developing the World Challenge and moving forward with the ultimate goal of Olympic Recognition for the Sport of MMA.  “We are very honored and excited to be working with the ISKA in raising the level and the standard for amateur MMA,” stated Anthony Medina, CEO of Fighters Source® Amateur MMA League (FS).

This will definitely be a turning point for amateur athletes and for MMA as a whole.  There is much more to come and to be announced as the FS 2015 season gears up.

To inquire about joining the league as an Athlete or Team Owner or for available sponsorship packages, please visitfighterssource.com or iskaworldhq.com.  You may also call (305) 714-9423 to speak with a league representative.

By Lucas Grandsire 4 mins ago

By Lucas Grandsire 10 hours ago