UFC 276 has quickly become a very exciting card with a lot of depth, and that depth continues as they’ve added their second title fight to the event, between UFC middleweight champion Israel Adesanya and no. 2 ranked Jared Cannonier.

UFC 276 is to go down at International Fight Week, live from the T-Mobile Arena in Paradise, Nevada, on July 2, 2022.

The first championship bout added to the card is a trilogy between UFC featherweight champion Alexander Volkanovski and former champion, no. 1 ranked Max Holloway. It’s about time we got this third fight, both have fought, and won twice since their rematch. 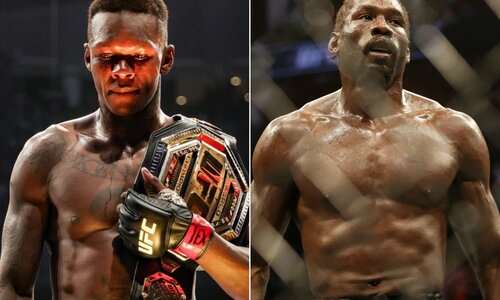 Reverting back to Adesanya vs Cannonier; this is a fight we’ve all been waiting a couple years for, the champion included. He’s wanted to fight Cannonier since he claimed the championship, as they’ve both been working their way up the division since 2018 (when the champion was signed, and when Cannonier dropped to 185 lbs).

‘The Last Stylebender’ is perhaps the greatest striker we’ve seen in the sport of mixed martial arts, especially with as much success as he’s had in MMA using it. He went 75-5-1 as a professional kickboxer, claiming a number of championships along the way, prior to beginning his MMA journey.

Since starting this journey, he’s been defeated a single time in 23 bouts, and that defeat came in a title shot he was given up at 205 lbs, 20 lbs above his natural division. ‘The Last Stylebender’ has gone 22-0 thus far into his career as a middleweight (11-0 UFC).

He also came to the UFC having claimed two different titles in his latest bouts prior to signing with the promotion.

‘The Killa Gorilla’ on the other hand got a bit of a late start into his combat sports journey, as he was 27 years old at the date of his MMA debut. However, he’s done a great job making up for missed time.

Cannonier would go 8-1 as a heavyweight (1-1 UFC) upon turning professional, claiming the AFC heavyweight championship in his bout prior to joining, before moving down to 205 lbs.

Once arriving at light-heavyweight, Cannonier would go 2-3 in the division, before finding his home at 185 lbs.

That makes this an incredibly exciting match up! This is a great fight between two elite, dangerous strikers.