The “Veteran Voice of the Octagon,” Bruce Buffer has introduced a new produce from MANSCAPED, the leading male below-the-waist grooming and hygiene brand, in an all-new commercial advertisement.

The :30 second spot highlights The Lawn Mower 3.0 electric trimmer for the groin and body. This premium device touts a 7,000 RPM motor with QuietStroke technology and replaceable ceramic blade with SkinSafe technology to reduce the risk of nicks, cuts, and snags.

When it comes to grooming the boys, MANSCAPED is the go-to guys for the right treatment. With such sensitive equipment down there, you want a team who will care for your junk.

Manscaped was founded in 2016. The company made huge waves after appearing on Shark Tank getting a $500,000 buy in from Mark Cuban and Lori Greiner.

UFC athletes that have worked with MANSCAPED include Dominick Reyes, Max Holloway, and Francis NGannou. 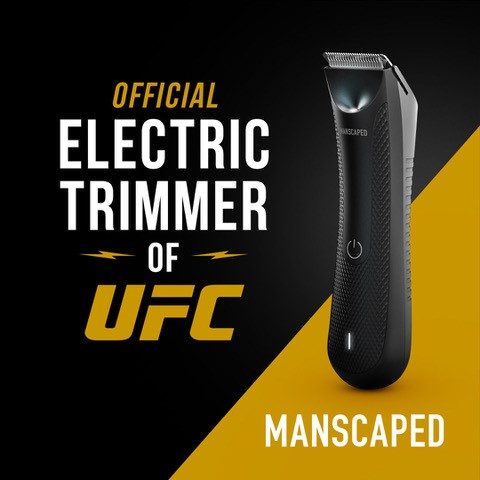 Buffer’s catchphrase is “It’s time!”, which he announces before the main event of the UFC.

Go to Manscaped.com and get 20% off plus FREE shipping with code MMANews.