“It’s a great feeling signing with SuckerPunch Entertainment to start off my career,” Lyons enthusiastically says. “I believe sooner rather than later, as a professional, you need management! No top tier fighters are without management. For me, I’m honored to be given the opportunity to be signed by Suckerpunch Entertainment and I’m looking forward to making the most of it,” the featherweight standout says.

James “LyonHeart” Lyons , of 302 BJJ made the signing official on June 7, when the SuckerPunch made a social media post welcoming Lyons to their ever-growing team. Lyons, a submission technician, has impressively submitted 7 of his last 7 opponents within the distance. He currently holds Delawares premiere MMA promotion, Stellar Fights amateur featherweight belt, as well as the Cowboy Fight Series featherweight title.

Lyons caught the eye of SuckerPunch Entertainments brass, when he was brought into Cowboy Fight Series 3 for their featherweight tournament. Lyons entered the tournament as the #1, and didn’t disappoint. In the first round of the tournament (CFS3), Lyons submitted Dallas Manspile via rear naked choke in the second round. Following it with a viciously slick, first round, 48 second heel hook over Marshall Shermer at CFS4. His win over Shermer earned Lyons the Cowboy Fight Series Featherweight championship. “My plan was to fight in Virginia before I turned professional,” Lyons says.

“To get the pro rules as an amateur. To gain the experience,” he clarifies. “I talked with my coaches and it made sense for me to try and get on the Cowboy card. I knew it would give me a great opportunity if all went well. I knew SuckerPunch was a possibility, if I won my fights in the tournament and if I did so, impressively,” Lyons said speaking with MyMMANews.

With everything going according to plan, thus far, Lyons is currently training consistently while patiently awaiting the call to make a splash in the professional featherweight rankings. “Currently I don’t have any fight news.” Lyon says.

“Hopefully regional shows begin to open up by the end of the summer-early Fall. It would be awesome to get 2 fights by the end of 2020. I always shoot for 4+ every year. Looking forward to getting back into the cage and getting my hand raised!” 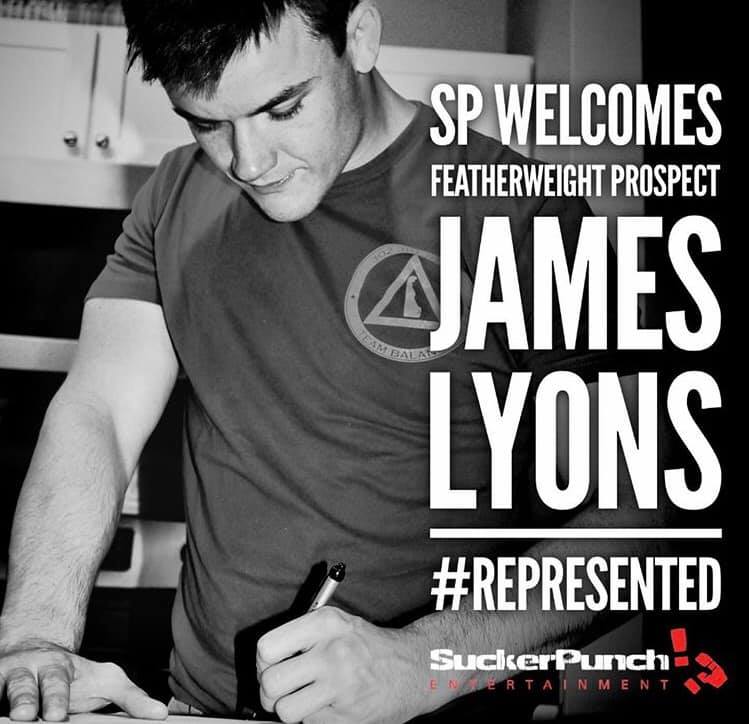