Having an 8-2 record as a professional fighter means James “Jesse” Wallace has been places and seen things with different promotions, and it also means he knows what is important to him as he continues to focus on the making the next leap in his career. When Wallace steps into the cage for Summit FC 31 on March 9, he’s not looking at this as a big title fight, he’s looking at his opponent Kaleb Harris as more important the title.

Wallace spoke with MyMMANews about his upcoming main event fight against Harris, his mindset headed into fights, and where he’d like to go in 2019. Just as Harris said in his interview, Wallace sees his opponent as more important the title fight. When asked for his response that Harris sees a win over Wallace as more important, he said it’d be hard to disagree.

“I would agree, if our goal is to get to the UFC, the regional and local titles shouldn’t weight as much. You should get the toughest fight against the best opponent you can, I don’t think that’s crazy. The win over him means more to me than the belt does.’

The matchup between Harris and Wallace is one they both envisioned happening and the mutual respect comes from each fighter seeing the other as a tough challenge.

“He’s a tough dude and we’re from the same area, he’s undefeated so of course I thought we’d fight each other. I want the toughest fights available, that’s why I’ve fought on Bellator and LFA, he’s top 10 in the state so yeah, I knew we were going to fight. As long as he kept winning and I kept winning, I knew we’d eventually fight.”

Speaking like a true professional, James Wallace sees his fight as the most important one, because it’s the next one. In discussing the fight’s significance for him, Wallace put the emphasis that he doesn’t look ahead to what could happen in the future and he’s all about taking it fight-by-fight.

“My next fight is always my most important fight, this is going to be the biggest win of my career because it’s the next fight of my career. I’m trying to get to the UFC just like him, so we’re going to meet in the center and see what happens. Of course I’m going to win and it’s going to get me closer to the UFC, so yeah, this is a big one.”

Having experienced different promotions in his career including Bellator and LFA, Wallace says he’s learned lessons about himself as a fighter that have helped him get to where he is today.

“I’ve learned I need to stay calm, don’t let your ego get in there, just cause it’s a bigger show doesn’t mean anything. Don’t let the outside stuff get the best of you. I got pretty worked up for Bellator but then as soon as the cage door shut, it was just me and him and I was able to bring it back down. So, stay calm, stick to what you know, and don’t let the outside stuff get to you.”

After taking a bad loss in his amateur career, Wallace had the choice to walk away or continue to stick with the sport and he credits his love and passion for fighting as the reason why he stayed. That passion has now led him to the professional record he holds at 8-2 and the top-ranked lightweight in the state of Mississippi.

A win over Kaleb Harris will not only improve Wallace’s resume but it will also bring questions as to what’s next in the professional career of James Wallace, but he’ll leave those decisions up to others, because he’s only here to fight.

The right now focus for James Wallace is his upcoming opponent in Kaleb Harris, and at Summit FC 31, he promises to leave it all in the cage.

Looking for the finish and expecting a war, James Wallace vows to bring it all against Kaleb Harris and then says the friendship between the two can continue after the fight. There’s a bright future for Wallace, but his only concern is the immediate future, and his fight with Harris at Summit FC 31 on March 9. 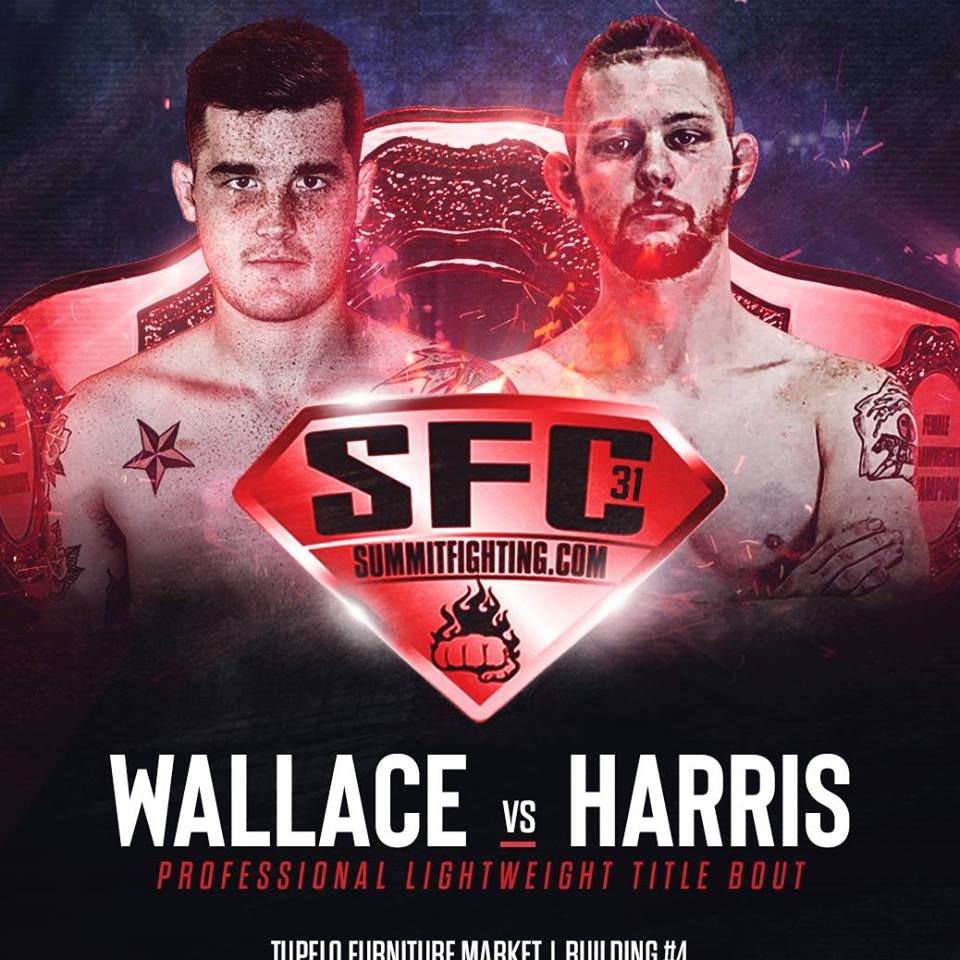