Jayme Hinshaw is set to make one her dreams come true as she fights at the infamous Saitama Super Arena for Bellator Japan on December 28th, just days away. She’ll be taking on submission specialist Kanna Asakura in what Hinshaw refers to as an “amazing opportunity.”

“I’ve been preparing like I normally do,” Hinshaw says while discussing her preparation. “And working on everything. I’m doing wrestling, jiu jitsu, my boxing, and kickboxing and my Muay Thai everyday. So, it’s not really a difference.”

In discussing this training camp against Askaura in regards to her past fight camps, Hinshaw said: “It’s just knowing her strengths and possibly what she’s gonna do and just work it around that.”

Bellator Japan, being headlined by the long fantasized bout between Fedor Emelianenko and Quinton “Rampage” Jackson, will be the promotions traditional “year ending” show. Hinshaw is in awe of the opportunity presented before her stating, “I think it’s an amazing opportunity. Everyone, like all my fans and my friends and my family they’re pretty excited too, that I’m on the card with them.” While getting more in depth about what it means to her to be fulfilling her dream of fighting in Japan, Hinshaw excitedly says, “It feels amazing. I actually never thought that I would be able to check that off of my list. And if I thought it was gonna be possible I thought it would be a lot further in the future!”

While discussing her thoughts on being less experienced on paper, Hinshaw confidently says, “I’ve always been the underdog or the person with less experience. While shrugging off any concrete predictions, stating: “I don’t really have like any predictions like it’s gonna gonna end in a knockout of submission or anything like that. I just know I’m gonna end up victorious at the end of the day. Whatever she’s gonna give me, I’m gonna take it. Usually, why I get the submission is cuz I knock them down and they don’t like to get hit so they turn their back.”

Tune in above to check out the entire conversation between Jayme Hinshaw and MyMMANews’ Adam Crist before Hinshaw’s Bellator Japan debut in just a few day on December 28th on DAZN. 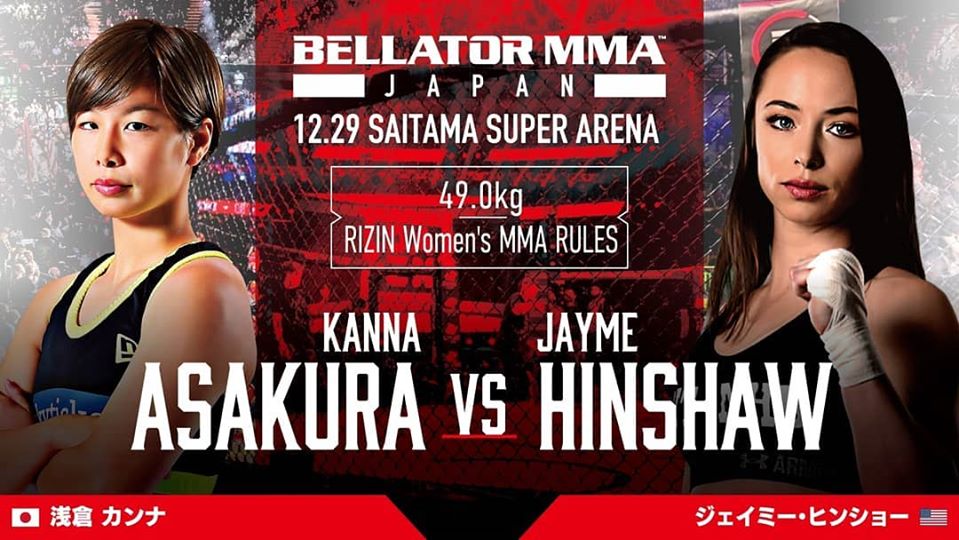