This Friday Jerrell Hodge (7-3) will look for his third win in just over four months, as he faces Tommy Espinosa (6-2) for the inaugural bantamweight title in the main event at Ohio Combat League 12 in Newark, Ohio.

The continued work is a welcome change for Hodge, who hadn’t competed in nearly three years before his submission win over Mike Johnson at OCL 9 in January.

“I love the sport – I love to put on a show and I believe I should be on a big stage doing what I do best,” Hodge told MyMMANews.
Hodge has come a long way since catapulting onto the scene with a memorable knockout of future UFC champion Cody Garbrandt in his second amateur fight.

Now 31 years old, he’s become a bit of a wily veteran, as he showed in his last fight with a nasty knee bar finish from mount over Tobiaus Taylor at OCL 10 in March.

For the bout against Espinosa, he faces a legitimate striker with five knockouts in six career wins. Has that forced Hodge to change up his game plan?

“Just a little, but not much,” Hodge said. “I’m always going to fight my game, period.”

Hodge’s game has led him to be the No. 1 ranked fighter in Ohio at both bantamweight and featherweight, according to Tapology.

Rumblings have started that we could soon see him graduate to the next level, but if not he’s still focused on the same goal.

“I hope so – if not then off to the next person I have to beat,” Hodge said of whether he thinks he’ll get a bigger contract with a win over Espinosa. “But I think they will call your boy up after this.”

Hodge has taken on a side gig modeling for a local clothing company, but he doesn’t think it will evolve into a second career.

“I hate to take pictures – my girl can tell you that,” Hodge said laughing. “But when it’s for money, sign me up and sign that check.”

Jerrell Hodge would like to thank his sponsors, fans, teammates, family, and always the man above for blessing him. 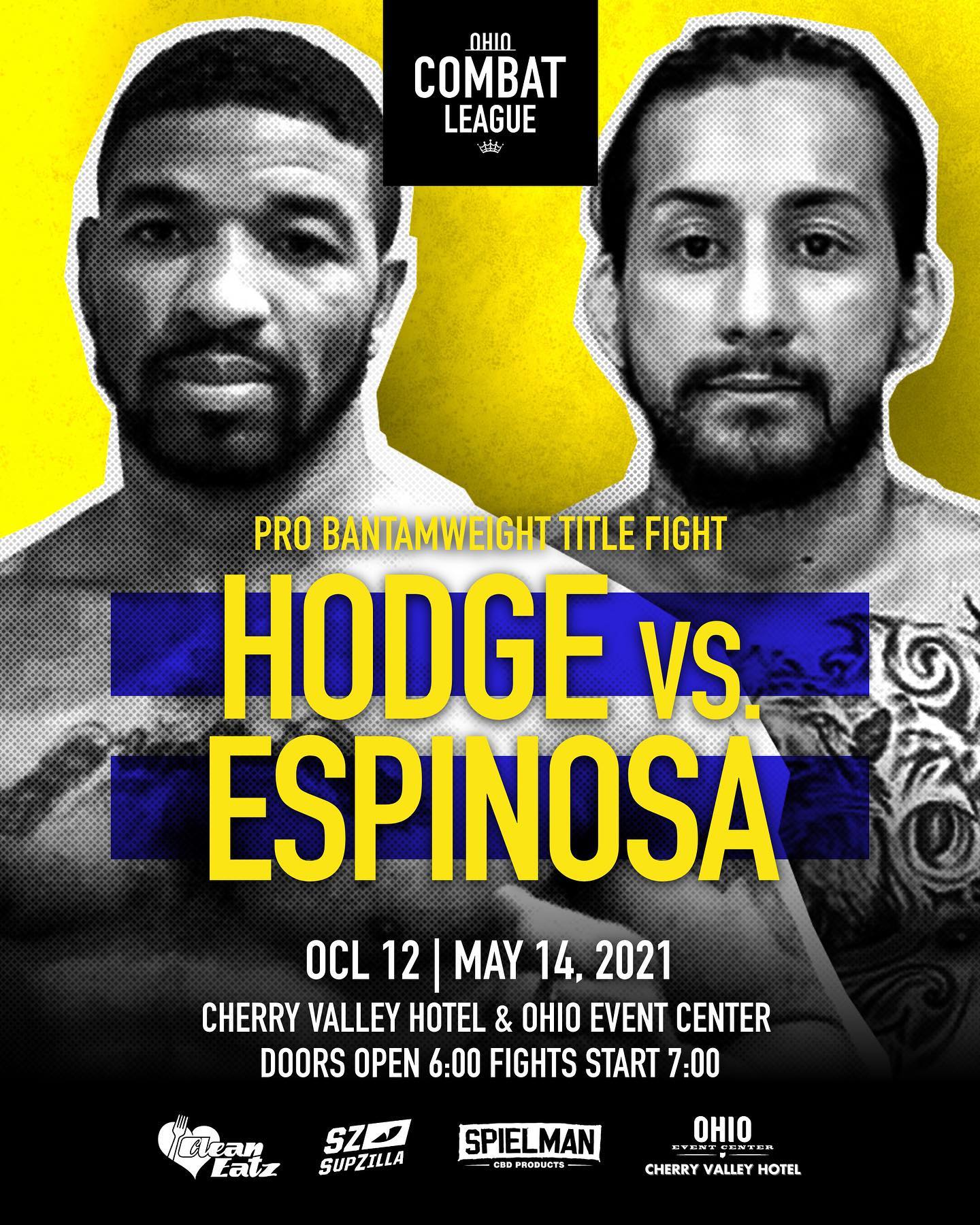