In the co-main event of UFC 248, Zhang is looking for her first title defense when she battles the former strawweight queen, in Jedrzejczyk. It is a very interesting fight where the Chinese champion is a slight favorite, but it a scrap where a lot of fans and fighters believe the Pole can get it done.

Entering this fight, Joanna Jedrzejczyk believes Zhang is overconfident and it will show on Saturday night.

“She’s acting like she’s confident,” Jedrzejczyk told MMA Junkie. “She’s overconfident. In her eyes, I can see that she’s a little girl. She’s not ready. It’s too much for her. She doesn’t know how to carry herself as a champ, and I will prove that.”

The former champ has already said she plans on making Zhang quit and she doubled down on that again. But, this time, she says the champ is too cocky and arrogant and she will finish her.

“I see that she is overconfident, she is overcoming and she is getting cocky and arrogant – and she doesn’t want to look in my eyes,” Jedrzejczyk said. “I will do my best to make her quit and beg me to stop. But I know she is very dangerous. Everything and anything can happen. Knockout, submission – but I’m ready to take this war. I’m ready to go through the war.”

For Joanna Jedrzejczyk if she can win back her belt it would solidify herself as she calls this the most important fight of her career.

“It’s the most important fight of my fighting career, in my life,” Jedrzejczyk said. “I’m very happy to be the challenger and take back what belongs to me – the strawweight belt. It’s been a while. I was the champ for 966 days and it’s been more than 518 days without me having the belt, without me being the champ. It means I was the champ for the reason, and I’m the right person to be the challenger for the strawweight belt.” 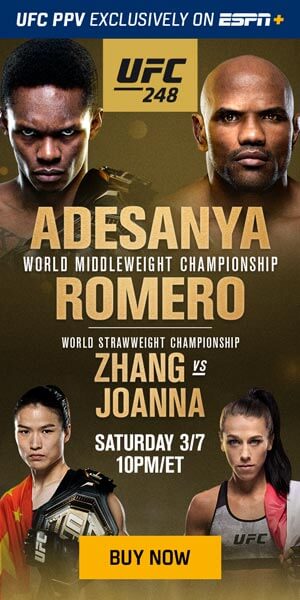