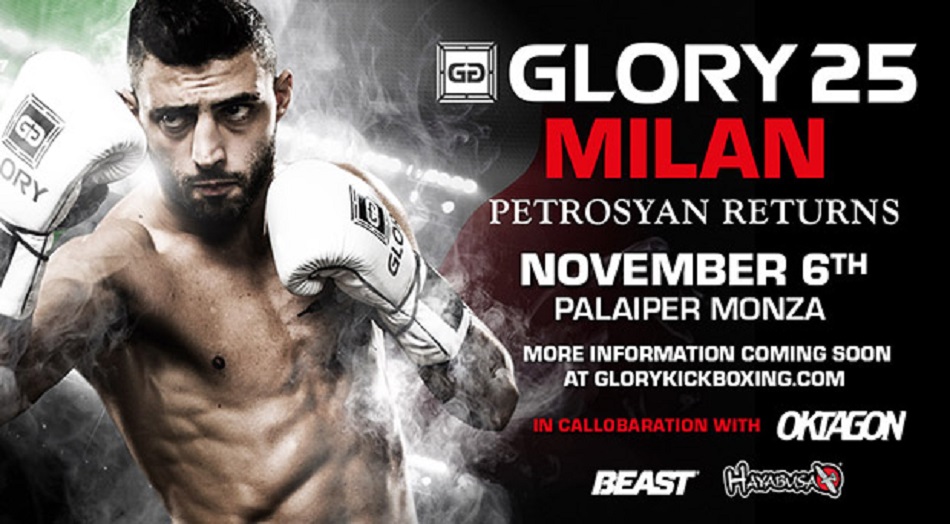 New York, NY – The return of master technician “The Doctor” Giorgio Petrosyan (78-2-1, 35 KO) to the GLORY ring was recently announced for GLORY 25 Milan from the PalaIper in Monza, Italy on Friday, Nov. 6.

“This is a must-see match-up between the living legend and the can’t-miss prospect.” said GLORY CEO Jon Franklin. “Jauncey has become a fan favorite very quickly, putting on a spectacular show each time he enters the GLORY ring.

“Petrosyan is currently fifth in the rankings and coming back from a long layoff to reclaim the top spot. Is he still at that level? And Jauncey has been on an absolute tear in the meantime. Is it too early or is he ready to jump into the title talk at only 22 [years old]? These are the questions that will be answered in November.”

Since making his GLORY debut in May of 2014, Jauncey holds a 4-1 record in the organization and his last three victories have come by way of knockout.

Additional bouts for GLORY 25 Milan, including GLORY’s one-night, four-man Welterweight Contender Tournament will be announced at a later date. The tournament winner will have earned the next shot at GLORY Welterweight World Champion Nieky Holzken.

Tickets for GLORY 24 Denver are on sale now, priced at $150, $50, and $35. Tickets are available for purchase at denverpioneers.com/tickets and the Magness Arena box office.